The Birth of the Anti-Crisis 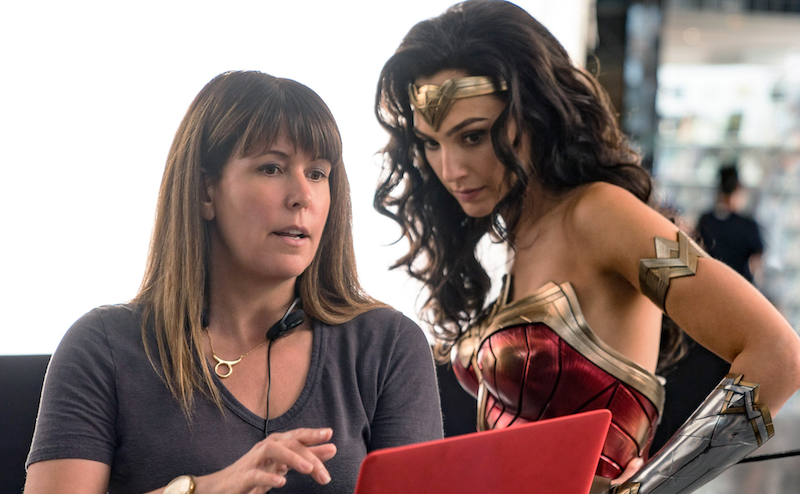 Your heart must be filled with compassion and pity if you look closely at the travails of almost any media conglomerate. They’re dodging bullets amidst COVID and other disruptions, a bit like Wonder Woman trying to deflect a hail of bullets in this week’s long-delayed release Wonder Woman 1984.

That movie should’ve been an easy billion dollars for Warner Bros. and a source of joy throughout the land, but now there’s rancor inside and outside that company over whether the death of cinemas will be said to have begun with putting this film on HBO Max (which, like Warner and DC Comics, is an arm of the AT&T corporate empire) simultaneously with its tragically lockdown-stunted theatrical release.

People were already growing more comfortable sitting at home waiting for movies to come to streaming services, and that may become the normal mode of viewing if people don’t even have to wait until after the theatrical run anymore. We’re all getting used to the possibility that there will never again be theatrical runs and perhaps no theaters, thanks to hyper-cautious COVID lockdowns. Even completed films with gigantic, IMAX-sized creatures in them such as Godzilla, the Dune sandworms, and Marvel’s Celestials may have to live out their existences squeezed onto home-sized screens no more than a yard or two across.

Suddenly, things like director Zack Snyder’s imminent HBO Max recut of the Justice League movie from 2017 seem as legitimate as anything meant for the big screen, since no one’s confident the big screen will still exist or that many people will feel comfortable visiting that big screen if it does. This raises some interesting questions about what counts most as core canon for some of these franchises—and makes it easier for Snyder, for instance, to get away with saying of Joss Whedon’s theatrical version of the Justice League movie that we should “destroy every copy, please” and “wipe that version out of existence with what you see in March [2021, the HBO Max release date].”

I confess it’s a little strange to me that Zack Snyder has so much support, regardless of current virus or multi-media confusion, though. Some adoring fans even say he’s just the man to lay the groundwork for future films about DC Comics’ myth-sized New Gods characters. I say Snyder gets some things right but is still the man who, for instance, turned Jimmy Olsen into a CIA agent and then killed him off in a single scene in Batman v Superman. Snyder’s no thoughtful caretaker of revered material.

A bit like comics writer Alan Moore, Snyder’s better suited to dark, heavy takedowns of characters—and of real-world figures like Richard Nixon, who one almost has to feel sorry for after seeing him in the villain role in so many high-profile superhero projects: Moore’s/Snyder’s Watchmen, Bryan Singer’s X-Men: Days of Future Past, and old Justice Society of America comics. Sock it to him, indeed.

Meanwhile, it’s just as tumultuous back at the aging little print operation that is DC Comics proper, where COVID (and attendant closings of many comics shops) has been the occasion for massive layoffs (ousting at least one friend of mine from DC), yielding a shrunken list of comics for sale. Yet somehow, strapped for cash like never before, the company still has the time and energy to do politically-motivated things like replace beloved old character Donna Troy as Wonder Girl with a Latina DREAMer-style character no one ever heard of before and, as is the norm lately, to make that new character the immediate recipient of a green light for a TV series. (Sorry about your wasted 60 years of hard work, Donna Troy.)

DC Comics/Warner aren’t sure they’ll make much money from releasing a new Wonder Woman movie—and claim they don’t want it perceived as political even if the villain looks like Trump—yet they have time to do a side project praising socialist Alexandria Ocasio-Cortez as one of history’s many “wonder women.”

Whole industries may go bankrupt soon even if they use the most popular and recognizable characters they have, but Warner has time to hand director Ava DuVernay (who did the anemic Wrinkle in Time adaptation a couple years ago) the new-fangled DC Comics character Naomi, who’s not just a young, non-white female but—get this!—derives her powers from radiation caused by climate change. Even if you’re a young, non-white female environmentalist yourself, the odds are you care more about Batman, but no matter. Forward we go. (They’re also planning a Plastic Man movie—but Plastic Man is female! Genius! So trans! Who is “fluid” if not Plas? It can’t miss!)

All the while, occasional DC Comics artist and rare right-leaning comics professional Ethan Van Sciver laughs in his online videos about how he suspects young female interns are the only people left to run the show at ailing DC Comics, not even sure in some cases how to hire people or authorize new projects, so diminished is institutional knowledge at DC—and at countless other businesses this year, which have callously been told they can just wait out lockdowns, riots, and illnesses and then bounce back good as new once everyone’s vaccinated and has received their stimulus and/or insurance checks, as if all the world’s warped habits, consumption patterns, and psyches will snap back into place like Plastic Man/Woman himself/herself.

So many factors, including the arrogant liberal indifference to subtle institutional habits built up over decades, now combine to create a blank-slate-like effect in our world. We’re not about to snap back, I fear—more like start from scratch, and whether in politics or franchise storytelling, that’s rarely as clean and easy a process as people might like to think.

From cancel culture to the dreaded, world-erasing DC Comics villain the Anti-Monitor, from the Dept. of Justice’s misguided crusade against the country’s one big comics distribution service several years ago (which saw, among other things, the DC Comics offices having to accommodate several in-house DOJ agents, as if comics professionals don’t have enough to do already) to the Philip K. Dick-like postmodernist mishmash that current DC Comics print stories have become due to villains constantly rewriting time and reality, super-heroic media face a future as frightening and unknown as a blank white page, as do we all.

DC Comics’ big recurring “Crisis” stories in which the universe or the whole multiverse gets destroyed and rebuilt, purportedly for the better—but never quite as smoothly as planned by either the gods or the editorial department—have finally become so frequent and perfunctory they’ve introduced the concept of “crisis energy” (unrelated to ventures war-gamed at Haliburton), which keeps reality perpetually unstable (and our heroes very busy), and begun opposing it with good “anti-crisis energy,” which doesn’t at all keep things calm but instead, life raft-like, lumps all prior, contradictory versions of history into one continuous avalanche of a narrative and hodgepodge of a universe.

It may look messy, but Wonder Woman (the print version, in a comic with the unwieldy title Dark Nights: Death Metal #5), wielding her lasso of truth, now advises heroes, villains, readers, and one suspects editors alike that we accept this agglomeration as the way things are always going to be—too many mad deities and fast-changing corporate strategies to count on things staying cozy and familiar anymore or undergoing any lasting one-time upgrade. The birth of the Anti-Crisis and our acceptance of its reign over reality is now wiser than thinking we can heroically fight the semi-coherent postmodernist tide.

At best, you can submit to the chaos or, if you’re not yet completely cowed, fantasize about one day reaching a grim, residual, modernist blank slate awaiting on the other side of the chaos and collapsing there in exhaustion, perhaps to rise and rebuild in time, but perhaps not. Never has fun been such an ordeal.