Thank Dick Powell and his Four Star Playhouse (1952-56) for the profusion of "premium" television produced today. 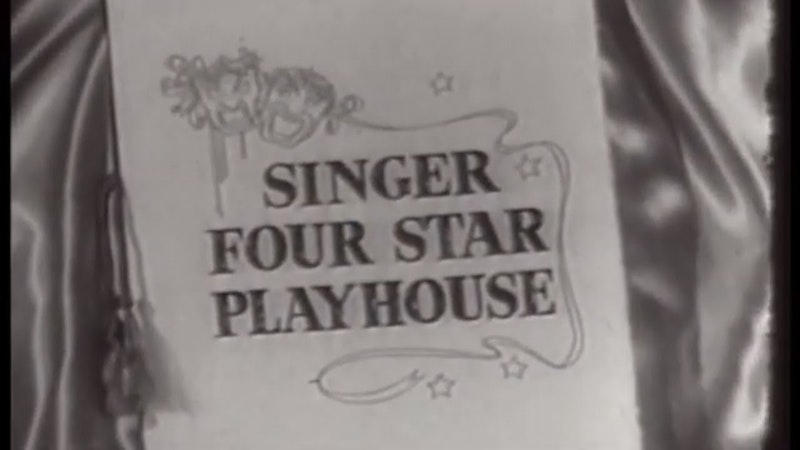 Hollywood Legend Dick Powell first came up with the idea of an anthology television series for 1952’s Four Star Playhouse. The idea was that Powell and other multi-talented stars would all take turns starring in episodes, and the production crew often would often change episode to episode.

The idea worked for Four Star Playhouse, which would run until 1956. The show’s ability to fetch big-name stars for one or two episodes and provide a variety of genres was unique, so naturally other productions in Hollywood mimicked it quickly. The popularity of the idea peaked in the 1950s with classics such as The Twilight Zone and The United States Steel Hour.

These shows successfully brought the charm of radio dramas such as Escape to TV. Every episode, viewers could tune in and see a big-name star, a new story, and some thrills. When the credits rolled, viewers had no idea what to expect next week.

In 2011, American Horror Story presented a season-long anthology series. The stars and story changed every season, instead of every episode. This idea became the new understanding of an “anthology series.” The weekly thrill of tuning into an anthology show has been reduced to seeing how the season will begin, and how it will end. Seeing who the new actors are and what situations they find themselves in is exciting, as is seeing how they resolve them. The problem is these are the two most anticipated episodes of any television series, regardless.

This format has shot itself in the foot in the cases of Fargo and True Detective. Both shows are well-acted, well-written, and high-quality productions. Both shows connect these not-so-standalone seasons. Seasons 1,2, and 4 of Fargo all share characters, and season 3 of True Detective reveals that the same human trafficking ring from season 1 is again the illusive antagonist. At this point, these shows are not true anthologies. Season 2 of True Detective is a spin off/sequel and Fargo season 2 is simply a prequel to season 1.

The shows are enjoyable, but these thin and tangential connections leave something to be desired. Most recently, in Fargo season 4, we learned that a young character would turn out to be the assassin we see in season 2. This is a confusing addition and is reminiscent of Marvel Studio’s style fan service. If the seasons are going to be connected, why not make a true prequel? If they’re not, why not make a true anthology?

Mike Flannagan, creator of The Haunting of Hill House and it’s standalone second season The Haunting of Bly Manor, with Netflix announced he was working on a new horror series for the platform and actors Kate Siegel and Rahul Kohli were attached to the project, both of whom appeared in one of the Haunting seasons. As a fan, I was relieved to learn that the show was entitled Midnight Mass and is a separate series altogether. Platforms are too invested in connecting every show they have in some way.

What makes the situation confusing is the existence and success of current true episodic anthologies. Black Mirror spawned five seasons and an interactive film, and the latest iteration of The Twilight Zone is expected to be renewed for a third season and garnered an Emmy nomination in the process.

Shows such as Electric Dreams and Tales from the Loop strike a happy medium. Both take inspiration from books, with Electric Dreams pulling from the work of Philip K. Dick, and Tales from the Loop uses Simon Stålenhag’s art book of the same name for inspiration. These shows are more yarns than anthologies, as they present separate stories each episode, but most episodes revolve around central futuristic ideas that affect diverse populations.

The rapid pace at which television is currently produced pushes creators to get content released, and to keep fans hooked. This has lately been reduced to not advertising new content, but new formats and ways of viewing content. Some of these shows do work in this new format, but others can’t seem to decide if they want to exist in this format at all.

Dick Powell transferred an idea that had existed in radio to television beautifully. Anthologies provide a great opportunity for variety in television, and this variety keeps viewers engaged. Seeing murders take place in different locations each season in American Horror Story is a far cry from the golden age of anthologies.