The All Politoed Team In Pokemon 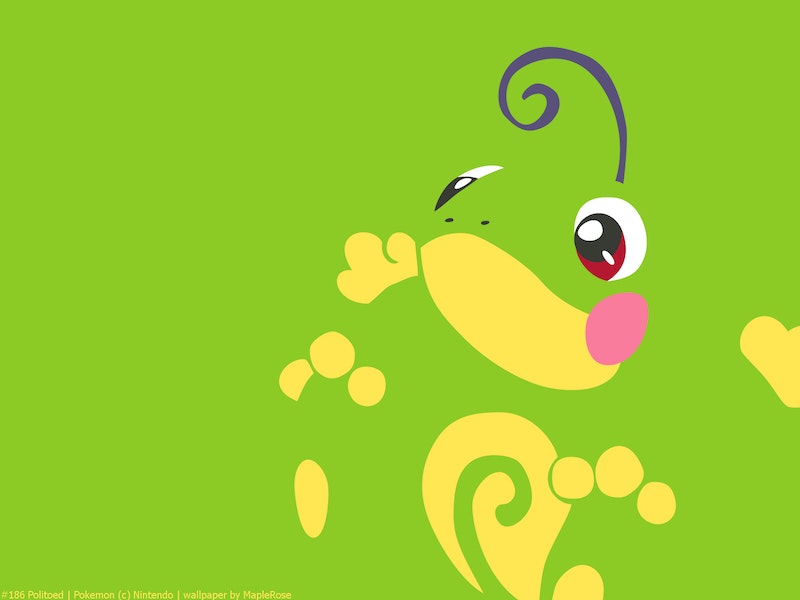 As of generation IV, Politoed was useless. Bulky water types are easy to come by, which makes one with a low defense even less appealing. Politoed has a cool design, enhanced by the fact that it’s seldom seen in-game, or out of game for that matter. With the Dream World introduced in Black and White, this average frog transformed from Pokedex filler to semi-productive rain inducer.

If obtained in the Dream World, it will have the drizzle ability, which causes constant rain. Previously, only legendary Pokémon Kyogre had this power, and most trainers can see why. Rain triggers many other abilities, including dry skin, swift swim, rain dish, and hydration. In addition, thunder and hurricane, two powerful, low-accuracy attacks, will never miss. An extremely strong team can easily be built around one weather condition, so long as you have the correct Pokémon to complement it.

Politoed: Obviously, any team built around rain will be led with the new “Drizzle Pokémon.” Loaded with 252 Sp. Def EVs and 252 Sp. Atk EVs, and it should put up a decent fight. Hydro Pump or Surf will be ridiculously strong because they’re both STAB moves and the weather condition boost. Generally, Politoed will be able to contribute at least one strong hit because of his special defense.

Kabutops: The swift swim ability doubles his already decent speed and makes him as fast as a Ninjask. With two water Pokémon, there is a glaring weakness to grass type moves, but it’s well worth the risk. Kabutops’ already beefy attack can be buoyed with good EV training and a useful hold item, like the choice band.

Toxicroak: The only Poison/Fighting Pokémon available, at first glance, Toxicroak appears very average. Until you realize that his ability is dry skin, it’s hard to appreciate it. With it, Toxicroak will regain 1/8 of his HP every turn.

Dragonite: A staple on many teams, Dragonite is one of the very few that can learn the attack Hurricane. One of the most deadly flying type attacks, it only compliments the original dragon’s already fantastic move-set. Thunder, Dragon Rush, and Dragon Dance should shore up his attack pool.

Magnezone: Probably one of the most effective electric type Pokémon, Magnezone is greatly strengthened by the rain. Fire, one of its main weaknesses, is significantly hindered by drizzle. With magnet rise in use, it can effectively have only one devastating weakness, which is fighting type.

Gengar: The “Original Ghost,” or the OG Pokémon, can be substituted for any fast, hard-hitting sweeper. Not everybody on your team has to correlate with drizzle, and it’s good to have a back-up plan.

Just in case your opponent has a Pokémon with a similar ability, like sand stream or drought, which induce sand storms and harsh sun, respectively, it’s always safe to make sure that some of your team members know rain dance. Weather conditions were added in Generation II for kicks and to spice up the game a little bit, but have been expanded rapidly since then. It’s fun to abuse them.