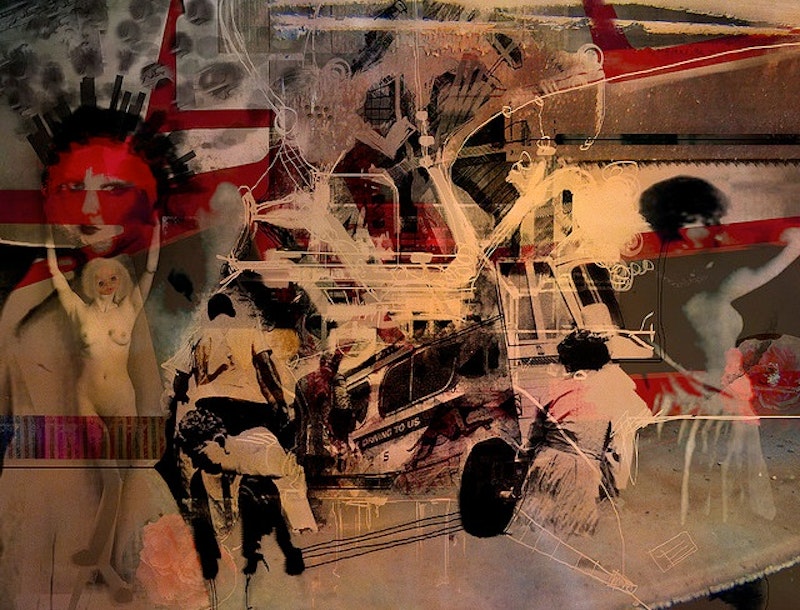 Donald Barthelme: Some pictures fight other pictures, not because either is a bad picture, but because the scale fights or the color fights.

Barthelme: Dialogues are rather easy to write but there are some fine points.

Hosler: But the way we've supported his speech is we have interrupted him and collaged around him and layered around him all kinds of stolen music and lifted bits from all over.

Hosler: The project went through a whole lot of different iterations of how we thought to design it and how do we put it together.

Barthelme: My mental image of the voice while writing that piece was that of a loudspeaker rigged to a pole in some sort of re-education camp.

Barthelme: I was in a cab not long ago and the cabbie cut a corner too close and a well-dressed man with an attaché case standing on the corner banged the rear fender with his hand—a very New York gesture. So the cabbie jumps out of the cab ready to fight and the man with the attaché case opens his coat with one hand like a flasher and he’s wearing a .38 in a shoulder holster.

Hosler: And nothing happened.

Barthelme: The piece was not about values but about language.

Hosler: Some of these folks are barely literate, in and out of jail and drug rehab programs, fighting alcoholism, getting abortions, boyfriends who are crack addicts.

Barthelme: And these sentences work differently. Maybe something about making a statement, about placing emphases within a statement or introducing variations.