Sympathy for the Strawberry

Kim Gordon’s Girl in a Band is achingly sad and instructive. 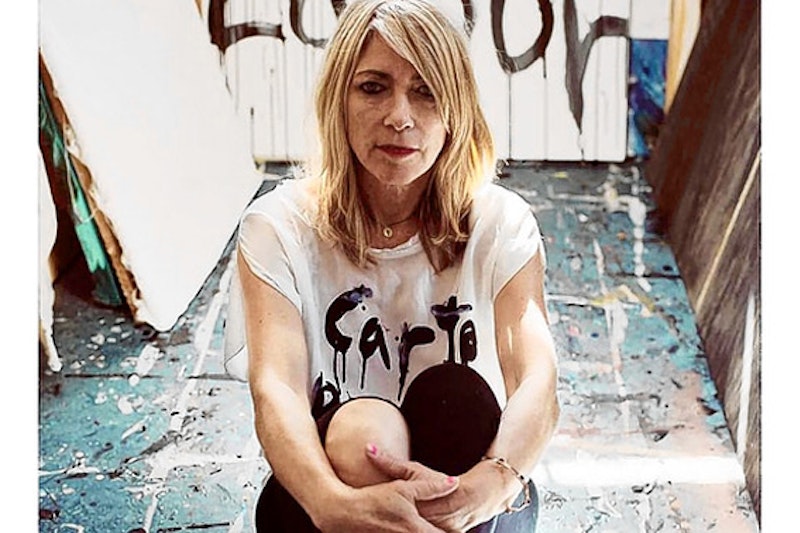 Kim Gordon’s memoir Girl in a Band does not read like someone in the twilight of her life putting pen to paper for posterity, and it’s not strictly about Sonic Youth. Less than half the book is dedicated to the band’s history and those chapters are based around one or two songs. Broken-hearted, Gordon isn’t interested in writing about Sonic Youth’s process or certain songs because her partner betrayed her and behaved like a bastard; she questions how she could ever love someone if he was so good at hiding who he really was. Girl in a Band eschews traditional rock recollections for something that’s more stream of consciousness and in places poorly-edited. It’s not a history: it makes you feel as though you’re in on this person’s thought process as she remembers her life and tries to figure out “How did I get here?”

The beginning of Band is a lot more fleshed out and written with warmth than Sonic Youth and beyond. The biggest insight is how her older brother Keller’s merciless teasing and borderline abuse are what made Gordon adopt an ultra-thick skin, explaining that, “The image a lot of people have of me as detached, impassive, or remote is a persona that comes from years of being teased for every feeling I ever expressed. When I was young, there was never any space for me to get attention of my own that wasn’t negative.” Keller was schizophrenic, but to her otherwise liberal academic parents, “psychotherapy was an indulgence.” Gordon’s descriptions of family fishing trips in Kansas and growing up in Southern California during the 1960s and early 70s, “smoking pot, dropping acid, and listening to Joni Mitchell” are so vivid and hopeful, and as soon as Thurston Moore enters the picture, the blood starts to drain. There’s a numbing sadness to the book, a new lingering doubt about what Sonic Youth did, and if it was ever honest, or worth the time.

This is a messy story with unmoored lives and crumbling fantasies. Early on, Gordon questions the phrase “identity crisis” in high school as bullshit negation by the Greatest Generation, and then admits she’s just coming out of one. All of the issues dealt with are still unresolved; the wounds still fresh. She was attracted to No Wave bands because of “how purposefully abandoned and abstract the music sounded,” and Sonic Youth was one more art projects, so it’s no surprise her memoir treats the band as just another stop. But there’s a narrow focus that makes you feel that hurt, the wincing in even recalling the good times in a band that ran for 30 years with a man who destroyed her life. Again, it’s all up in the air, and someone will eventually write the definitive Sonic Youth biography, with annotated guitar nerd info. Gordon’s Girl in a Band is what the title suggests: lessons learned in male-dominated art and music worlds. When bandmates won’t stand up for you against a particularly nasty Thurston (“Lee never said a word”) and a pathetic and venomous press paints you a certain way (“If you have to hide your hypersensitivity, are you really a ‘strong woman’?”) or punishes you for defying their expectations (“Culturally we don’t allow to be as free as they would like, because that is frightening. We either shun those women or deem them crazy”), you do what you do without thinking about it.