A Wasted Friday On The Internet

Thanks to a goddamn dress. 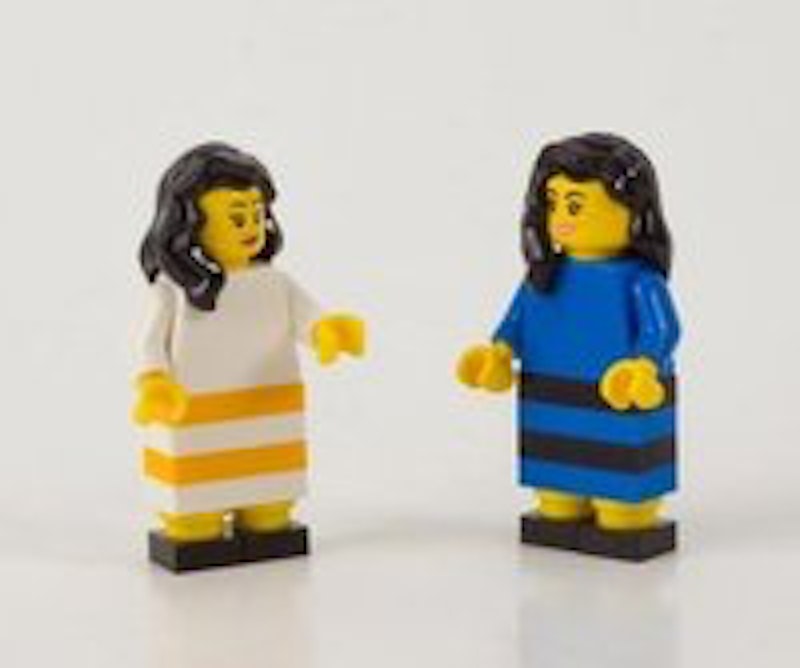 When you’re a website editor, you have a certain responsibility to know what people are talking about on the Internet. Writers will pitch ideas, you’ll research and read stories they link to, and you’re on Twitter and Facebook for your job, so it’s good to be aware of the news trends. Here’s a timeline of this past Friday morning in the life of your friendly neighborhood web editor:

7 a.m.: Alarm goes off. Make daily decision to hit snooze or wake up to publish the day’s stories.

7:12: Have I mentioned I keep my coffee maker in the bedroom? The kitchen is too far away in the morning.

7:15: Double-check that you published the right stories, obsessively triple-check that there aren’t any typos in the headlines.

7:19 check Twitter notifications. Wish you could hit the snooze button again. Check Top 10 Twitter trends, as always, to see what the leading news story was overnight. Note #TheDress is number one. Assume that must be some reality show.

7:55: Check Facebook. Note that entire feed is plastered in references to “THE DRESS” which is also in their (copied-Twitter-idea) trending stories. Think WOW that must be a really popular reality show.

8:02: Note that my entire Instagram feed is comprised of THE DRESS, unknowligly like an #ootd photo of someone I think is really wearing a gold and white dress, but later realize it was her head photoshopped onto THE DRESS.

9:04: Take shower, try to convince myself that I’m not going to Google THE DRESS. I don’t care what the dress is. I’m sick of getting sucked into stupid memes and while I love to check out funny @midnight hashtag contests in the morning Twitter trends or click on Jimmy Fallon’s latest lip sync contest, I’m not going to bother with some idiotic striped dress that apparently overtook the bored Internet overnight.

9:52: Feel great disappointment in the Internet. Today is House of Cards Season 3 release day and it’s not even trending on Twitter? What is wrong with people?

9:57: Note that over a million tweets have been sent about #TheDress. Wonder who is making money on this; admire their ability to make something as stupid as a dress go viral. Okay, fine, maybe I’ll click the Twitter hashtag and see what show or celebrity scandal or ad campaign this is.

10:15: Can’t believe House of Cards isn’t trending yet. Think about how long much longer the Power Point will take and how many episodes I’ll get to watch today given that I have to go to movie night at my son’s school and watch Big Hero 6, which shouldn’t have won the Best Animated Feature Oscar because The Lego Movie should’ve not only been nominated, but won.

10:17: Admire @arianagrande tweet “if one more person asks me what color I think this damn dress is.” Also admire Lego being able to create/tweet two dresses that quickly.

10:20: Wonder what happened to my journalism career.

10:22: Peruse scientific article about brain cells and hemispheres and the optic nerve and that left-brained people think the dress is white and gold but I suck at math and I’m a right-brained writer, so… science lies.

10:24: Quickly go through Pandora “now playing” to thumbs-down Phil Collins again, skip a Lionel Richie because “Hello” and “Truly” shouldn’t be played in same hour. Double-check that all the Air Supply songs are already thumbs-upped.

10:26: Find out from Fortune article that sales of the actual dress, which is apparently real and actually black and blue and does not come in gold and white, have risen 347 percent in 24 hours.

10:25: Can’t believe there are already compilation posts of tweets about the damn dress but it’s the Internet, so there are. Decide one fun goal would be to find the funniest tweet about #TheDress; end up going with the @danfaerground tweet “I’ve got Post Traumatic Dress Disorder. #TheDress” based on its simplicity and general pun factor.