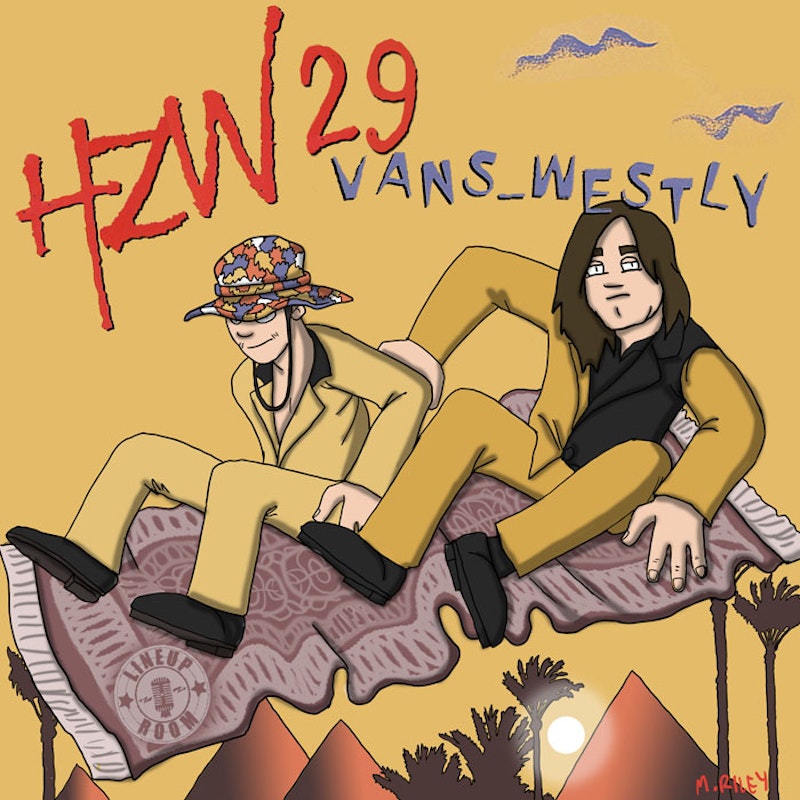 My guest this week is Vans_Westly, an up-and-coming MC out of Baltimore. He’s released three EP’s, and is currently working on his debut full-length. I first met him when he hopped on a show I helped set up in Baltimore, and I was excited to learn more about him.

He talks about his past life as a professional wrestling teen, and how his health issues forced him to change gears and focus on writing rhymes. We talk about learning the ropes of being a part of the local music scene, and the challenge of making a name for himself in an over-saturated rap world. I ask him about his forthcoming Loserisms album, and he tells me what separates this project from his past work.

Mike Riley’s art this week is an homage to Whodini's “Open Sesame.”