Indiana Jones archeology is nonsense, but it pays. 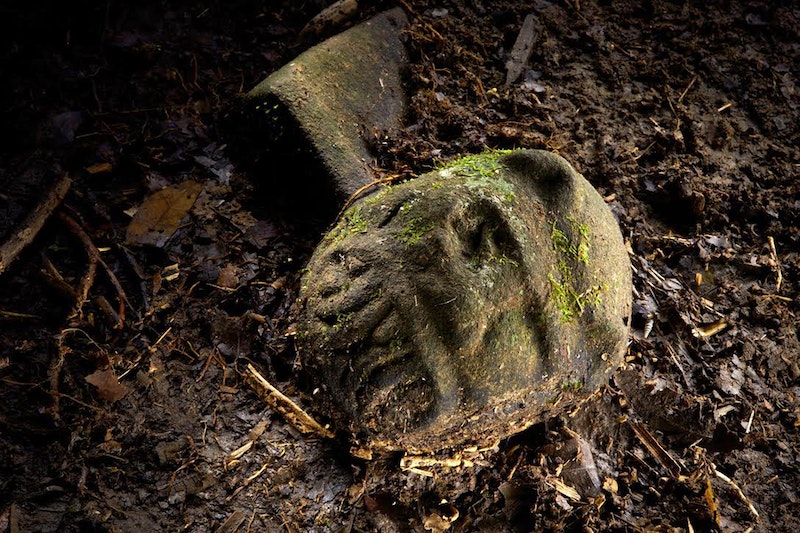 Preston's narrative is about the location and examination of archaeological remains deep in the jungle of Mosquitia on the eastern coast of Honduras. Archaeologists have long searched for a city of the monkey god in Honduras—but the city, and for that matter the god, never existed, and the 2015 expedition Preston writes about didn't find them. Indigenous Honduran leaders told the expedition that the term "monkey god" was "denigrating, discriminatory and racist." Preston agrees that "There are certain phrases associated with the archaeology of the past that the profession has now banished," and adds, "Phrases like "lost cities' and 'lost civilization' were uncomfortably associated with the archaeology of the past." "Lost cities" evoke civilizations that have disappeared, when, in fact, indigenous people are still living in Honduras. But Preston says, for a lay audience, he couldn't think of any better terms. Maybe the title is offensive, but he just had no choice but to use "lost city" and "monkey god." What was he to do?

Preston's surely disingenuous. You can tell because, through much of the book, he has no problem avoiding the racist and offensive tropes he says are unavoidable. In fact, Preston spends a bit of time debunking myths about monkey gods and lost cities. Explorers who claimed to have found a lost city were mostly self-promoters. At least one, Preston shows, was deliberately lying.

Preston himself doesn't present Mosquitia as a lost civilization. Instead, he explains that archeologists have been aware there were people living in the region for some time, but still know little about them compared to the neighboring (and slightly older) Mayan people. Preston plays up encounters with dangerous snakes; nonetheless, for the most part, his discussion of the expedition itself is sober and low-key. The archaeologists find an important cache of artifacts, but there's no great revelation about the Mosquitia religion or way of life. Preston does speculate about the sudden fall of Mosquitia about 1500; researchers think the Mosquitia people were mostly killed by European plagues, carried by other native peoples. The Spanish never reached Mosquitia, but their diseases, like smallpox, did. Mosquitia wasn't lost or remote or cut off from the stream of civilization. It was as much a part of, and connected to, modern history as the Spanish themselves.

If Preston's book is careful and measured, though, the headlines touting it haven't. "Explorers That Found Ancient Lost City of the Monkey God Almost Lose Their Faces to Flesh-Eating Parasite" screamed the dramatic but typical header on Ancient Origins. Again, the city wasn't "lost," it wasn't the city of the monkey god—and while many on the expedition contracted a rare form of the very serious disease leishmaniasis, no one came close to losing their faces. The headline is hooey.

Preston's title follows the same logic. He could’ve called the book, A Dig in Honduras, or, Archaeological Expedition to Mosquitia, or Ruins in Mosquitia. All of those titles would’ve been clear and accurate. But none would’ve leaped into the bestseller lists. Preston knows that terms like "lost city" and "monkey god" are inaccurate and colonialist. He avoids them in his book. But the marketing is another story. Racism and fabulism sell. The tropes of colonialism are familiar, exciting and entertaining. Brave explorers, lost cities, mysterious gods—that signals an Indiana Jones genre that the non-indigenous public recognizes and enjoys and wants to buy. The monkey god Preston talks about, it turns out, is commerce—and it’s worshipped, not by indigenous people, but by the colonial, racist gold-chasers who invented it.