So That's Why People Hate Liberals

Anti-intellectualism is always wrong, but it’s understandable after sitting through two hours of Bill Maher. 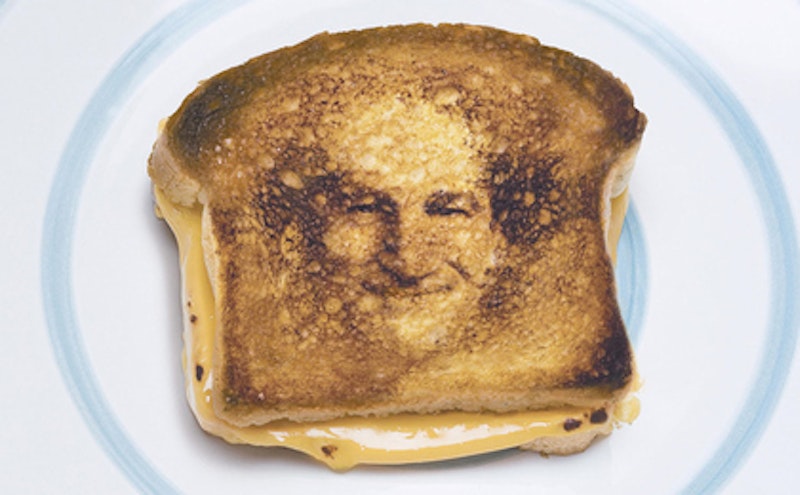 A few days ago, a dinner discussion with a Republican friend, about Sarah Palin and the Republican ticket, led me to write about a dominant theme in this year’s presidential campaign for which I simply have no patience: the Average Joe phenomenon.

Why, I wondered, is the notion that a candidate is ideal because they’re “just like us” so persistent? Why this obsession with electing somebody average, someone “ordinary” for a position so important, for which the ideal candidate is surely far above average and nothing short of extraordinary? The argument that voters will be drawn to Palin because she is “real normal,” and consequent attempts to play up her “real normal” side, I argued, is completely irrational.

Proponents of this argument often say that “average Americans” will vote for Palin because they consider it more important that a candidate share their worldview and values than have a firm grasp on the issues. The “average American” doesn’t know what the Bush Doctrine is, so why should Palin? This idea is terrifying. The possibility that millions of Americans will vote on personality, rather than on politics, bodes very ill indeed for the future of this country.

America’s related aversion to “Washington insiders,” people who know how this country is run, and to “intellectuals,” people who approach the issues with insight and broad understanding, is similarly nonsensical. The concept of anti-intellectualism simply makes no sense to me; the very existence of the phrase “anti-intellectual” boggles my mind. Why on earth would we want our president to be someone who doesn’t fully understand the intricacies of, say the Middle East, who doesn’t know history, or think things through, or consider all the implications of their actions? Why would we ever view intellect as anything but admirable, not to mention desirable, in our nation’s leaders? And if they get to be “anti-intellectuals,” do I get to call them “pro-stupid?”

These were my views until 9:30 P.M. on Monday. And then I saw Religulous.

Bill Maher’s new movie, a documentary about our world’s many faiths and the people who subscribe to them, is a perfect example of why so many Americans hate “intellectuals.” Maher is perplexed by the idea of religion, and particularly by religious fundamentalism, and is unable to understand why so many people interpret literally things that “can’t possibly be true.”

To discover what it is that makes these people do what they do and believe what they believe, Maher went around the U.S. and around the world with a small camera crew (using a fake, and far more innocuous-sounding working title) and spoke to religious leaders, political leaders, scientists and “average Americans” about their faiths. Once out of earshot or safely ensconced in the editing room, he mocks them for what he sees as their stupidity, gullibility and, in some cases, sheer insanity.

Sometimes, he mocks them to their faces. About 20 minutes into the film, Maher is at a chapel, a demountable trailer with a dozen seats and a lectern, at a truck stop outside of Raleigh, NC, talking to truckers who have come for Sunday service. As one man tells of his conversion from Satanism to Christianity, and of his unshakeable belief in God and Jesus Christ, Maher mocks him to his face, then insists when one man leaves in disgust that he’s “just asking questions.” As he tries to convince the trucker congregation of the scientific impossibility of virgin birth, Maher is smug and overwhelmed by his disbelief at their belief.

As a staunch, mostly nonreligious liberal, I found myself cringing at much of Maher’s snide editorializing and open disrespect. I also found myself suddenly enlightened as to why anti-intellectualism is considered a perfectly valid viewpoint in this country. Maher’s attempts to use science to trump the religious people he interviews, to insist that science and his own superior knowledge make their views absurd, demonstrate exactly why anti-intellectualism has become such a powerful force in America, and in American politics. While Maher’s message is often a good one, the delivery is so smug, so superior and disrespectful, that it was hard, even for someone who agreed with that message, to side with him. I left the theater thinking, “He may be right, but does he have to be such an asshole about it?”

Maher’s hateful antagonism is made to look even sillier by several interviewees who manage to be intelligent and well spoken without also being condescending and superior (this shouldn’t seem like a revelation, but after an hour with Maher, it really does). Not only that; they also prove that it’s entirely possible to be skeptical and well educated and also be a person of faith. The two people in the film to whom I warmed the most, who speak the most sense in the most respectful voices, are in fact religious scientists: a Vatican astronomer, and one of America’s best-known religious geneticists. They are men of science, who are firm in their religious faith, but they feel none of Maher’s need to belittle or mock those who think differently from them.

Given the behavior of people like Maher, it’s perfectly understandable that some Americans have developed a distaste for intellectuals. The consequent desire to see someone less “intellectual” and more “average” in the White House also makes a great deal of sense. As I sat in the theater watching Maher scorn and belittle those who subscribe to religion rather than respectfully disagreeing with them, it became increasingly obvious why anti-intellectualism came to be such a force in American politics, or how Sarah Palin’s inability to name just one newspaper she reads has in fact endeared her to many voters. While the message of liberal intellectualism might often be spot-on, its delivery, in its smugness and superiority is just, well, ridiculous.