Smoking on the Sidewalk

Until Bloomberg arrests me. 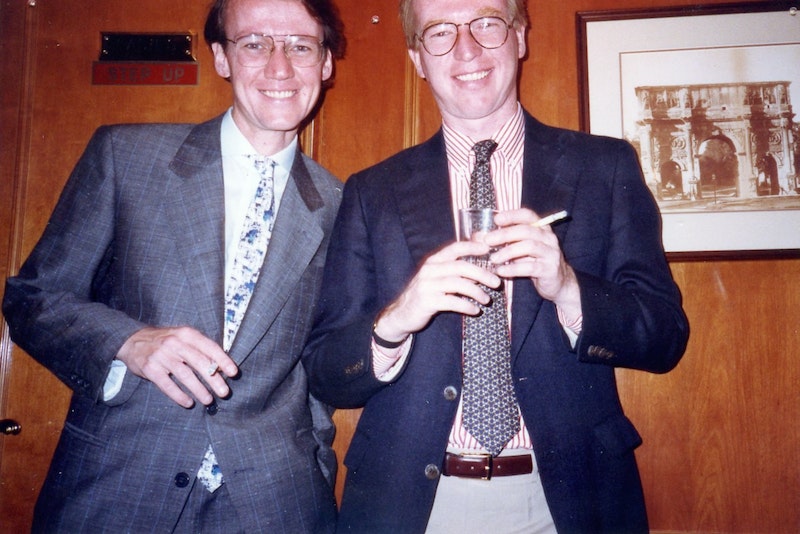 Last week I came across an odd article in The Spectator USA, “The renewed case for smoking,” which at first blush I thought was a complete put-on, and after reading it was clear that was case. Doesn’t matter, though, for author Anik Joshi, reacting to all the anti-vaping legislation, which he correctly notes is wasting legislative time across the country, makes several smart points, despite the purposely provocative, clickety-click headline. He writes: “Cigarettes are, amazingly enough, still legal to sell in San Francisco, Michigan, and all over the United States despite the noise created about vaping deaths. If fewer people were invested in the usage of vapes, fewer government officials would need to spend their time on vaping regulations and would have more time to do what they should be doing.”

(Side note on ineffective government: in Baltimore the police appear more intent on collecting revenue via speeding and parking violations, when, as most people know, the city’s violence, and murders, show no sign of abating.)

Upon contacting young Mr. Joshi, he said doesn’t smoke cigarettes (although many of friends do), but I do—it’s a longtime habit/addiction I’m neither proud of or apologetic for—and am long past the point of complaining about the bans on smoking inside, nearly complete, and have accepted my role as a leper in today’s society. I’ve never vaped, and found that Nicorette gum and patches were not only ineffective but delivered a too buzzy rush of nicotine for my taste.

You adapt, and I must admit that today the recollection of smoking anywhere seems incredible, especially on airplanes, where the segregation of non-smokers and smokers did nothing to alleviate a stinky cabin. I barely remember movie theaters where smoking was permitted, but an ashtray in every house and cigarette machines in bars/restaurants isn’t so far in the past. It’s inconceivable now, but in the 1970s it wasn’t uncommon for people to smoke in cars even if the driver didn’t indulge. My mom was a “social smoker,” which meant she’d go through a pack of Salems every six months, but ashtrays were all over our house. One time, in the early-80s, my brother Doug, speaking to another brother and me, commanded: “Gentlemen, police your ashtrays!”

Joshi continues, after acknowledging the well-known deleterious effects of long-term smoking, “But to pretend smoking is some great evil is a cheap trick indeed. Sure, it’s not great for you, but neither is the nonstop processed garbage most people ingest. Smoking, like drinking and other enjoyable habits, is a vice. However, vices are necessary to balance our virtues.”

That last sentence is the tip-off that Joshi’s not entirely serious, as was an entirely gratuitous mention of Ben Shapiro.

But this is serious: the hypocrisy of the federal government in banning tobacco advertising from television, while allowing alcohol spots (and sponsorships of various sporting events), fast-food come-ons and all-day enticements for various prescription drugs—which invariably include disclaimers that the medication might cause heart trouble, suicidal thoughts, harm to fetuses, testicle shrinkage, growth of a third eye, diabetes, strokes, etc.—is absurd. Consider alcohol: excessive consumption causes more car accidents, more immediate health concerns, fights, untoward sexual behavior and loss of employment than smoking. And let’s not forget the perils of texting/talking on cell phones while driving; more dangerous than drunk driving because it happens all days long.

This isn’t a brief for further advertising prohibition, but rather an argument that what people do with their own bodies is their own concern, for better or worse. The right to choose, as long as no harm is done to others. One can only imagine (or have nightmares about) a President Michael Bloomberg raising the price of a pack of cigarettes to $20 nationwide and imposing regressive taxes on fast-food chains (but not the calorie-laden coffee drinks at Starbucks and other cafés) and, as in Singapore, empowering the police to arrest people who throw cigarette butts in the street. And with Bloomberg, forget about progress in the legalization of marijuana; he’d try to roll that back and wants to make even medicinal weed far more expensive, obviously brining back a black market. The man’s a libertarian menace and I hope he’s squashed like a rotten crabapple.

Aside #2: Does anyone else remember the Gracie Slick PSA that ran on television in the late-1960s? It was a quickie, just a few words from the Airplane singer saying, “Speed Kills.” This wasn’t Paul Revere and the Raiders (who charted in 1966 with “Kicks”) it was Gracie Slick, legendary for consuming anything or everything that got people busted by the “pigs” back then.

It also was weird, considering that the group’s best album Volunteers came out in late-‘69. Sample lyrics (which were infectious) from “We Can Be Together”: “We are all outlaws in the eyes of America/In order to survive we steal cheat lie forge fuck hide and deal/We are obscene lawless hideous dangerous dirty violent and young… We are forces of chaos and anarchy/Everything they say we are we are/And we are very proud of ourselves/Up against the wall/Up against the wall motherfucker.”

Maybe it was a goof on Gracie’s part, but at 14, it sure confused me.

Clay Waters’ Splice Today article on Feb. 18 about Nashville and visiting a new Glen Campbell museum reminded me of a Kyle Smith National Review essay that was posted at the end of last year, comparing Campbell and Bruce Springsteen. Smith is an unabashed Springsteen fan, and I don’t think he gets a lot of the multimillionaire’s body of work quite right. For example, he writes: “[Campbell’s] ‘Rhinestone Cowboy’ sounds very much like 1975 [when Smith was nine, and perhaps oblivious to emerging bands] and ‘Born to Run’ doesn’t; it’s difficult to place. It doesn’t sound like the Sixties, Eighties or Nineties either. It’s beyond the constraints of time. That’s one reason it’s an enduring classic.” He continues with the, in my opinion, hyperbole, saying Born to Run is “one of the greatest albums ever made.”

I liked Springsteen a lot back then, and went to a couple of his frenetic four-hour concerts in ’75 before Born to Run was released, in which he previewed songs, like “Jungleland” from that LP. But the album is dated: it sounds very mid-1970s, with the lavish production, the Phil Spector Wall of Sound, the aping of Roy Orbison’s voice, long sax solos and fairly preposterous lyrics. Springsteen went on to write some very smart lyrics, but in ’75 he hadn’t quite honed it down yet (although he’d improved markedly since his ridiculous “Blinded by the Light” from his debut record).

Nonetheless, since I haven’t kept up with Springsteen in years, Smith’s article had some worthwhile nuggets. Springsteen covered the Campbell hit “Rhinestone Cowboy” for his album Western Stars, and doesn’t camp it up. Smith says that in Springsteen on Broadway, the Rock Ambassador admits his writing was a clever con (which didn’t diminish much of its quality). “He never raced cars. He was never a street punk. He never saw the inside of a factory… His daughter is an equestrian. If Springsteen were being frank, ‘The River’ would be about a Mississippi of money.”

I’ve zero interest in attending a Springsteen concert today, but still like a lot of his songs. And, even as Smith says, that it was obvious Springsteen was taking liberties with his subject material, it’s refreshing that he flat-out admitted it.