Seeing All the Colors of the Spectrum

What Symmetra, Julia, and other fictional characters mean for people on the autism spectrum. 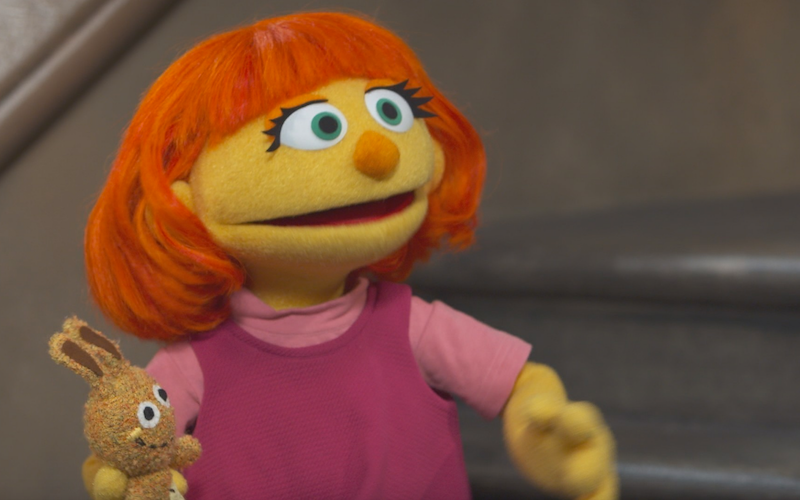 It was recently announced that Sesame Street would introduce its first new muppet in a decade. The muppet, Julia, is notable for having autism. At around the same time, Blizzard Entertainment confirmed that one of the playable characters in their online multiplayer shooter Overwatch, Symmetra, was on the autism spectrum. The face of autism in popular culture is becoming more diverse.

Julia exhibits a common autistic trait. She repeats the words that her friends have said, a process known as echolalia. But it's also emphasized that Julia is a skilled artist, excellent at drawing pictures. Likewise, Overwatch's Symmetra demonstrates a dislike of crowds and difficulty socializing demonstrated in her background comic “Symmetra: A Better World.” But she’s also depicted as capable of manipulating specialized technology. While Symmetra's exact status was speculated on for some time, Overwatch game director Jeff Kaplan revealed Symmetra's autism in a letter to a fan.

What is noteworthy about these two depictions is that they seek to show the skills and talents that autistic people possess. One of the most stigmatizing aspects of living with autism is when other people presume incompetence. This move to showcase the positives of autism can erode the all-too-common fear that a diagnosis of autism dooms its recipient to mediocrity. But, while these people are skilled individuals, they aren’t so skilled as to produce a caricature of autistic people as savants as is often assumed by the public due to the film Rain Man.

Something that a lot of children (and adults, speaking from personal experience) on the autism spectrum need is a model of success, a vision of a fulfilling and rewarding life. For a long time, that appeared too nebulous and abstract. Temple Grandin and John Elder Robison are positive examples, but clearly more needs to be done. Even in the realm of fiction, a view of a positive future can help shape someone's goals and ambitions.