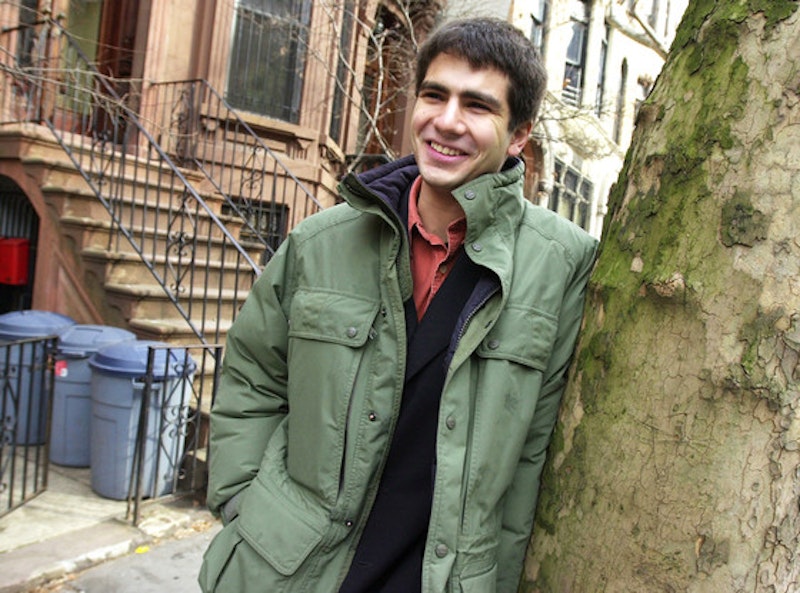 Ned Vizzini killed himself in December, 2013. He had a prosperous writing career, a wife and young son, loving parents, friends—but he also struggled with debilitating depression for most of his life.

Ned was first published in my Dad’s newspaper, New York Press, when he was just an adolescent. He wrote about being a teenager—one focused on video games, schoolwork, and girls—but with a precocious wit that appealed to adults. Or maybe it didn’t, my Dad and his associates didn’t really care. They simply got a boot out of publishing a nerdy kid “who had the balls to come up to our Puck Building office to pitch a story.”

Ned wrote like any other teenager at first: passively, with a penchant to focus on summary over scene. He quickly improved, though, and by 18 he had his first book published, by 30 a film adaptation of his novel It’s Kind of a Funny Story was released.

Ned inspired me to become a writer. He was my reference point. His precociousness intrigued me, but that’s not why I admired him. He wrote relatable coming-of-age stories that were laced with humor and sincerity. He spoke to teenagers without pandering to them. Ned’s depression ran deep, clearly, but he never felt sorry for himself, or at least he didn’t convey that in his writing. When did write about depression, like in Funny Story, it always ended on a positive note. The last lines of that book are “Live. Live. Live.” That’s why I liked him.

Teenagers are egomaniacs. The good ones grow out of it by adulthood. But Ned’s teenage writing, miraculously, wasn’t about himself. If anything, his memoir pieces made him seem like a passive loser. His thoughts weren’t always unique—his teenage writings often focused on immature teenage subjects—but unlike every other 16-year-old, he had the ability to record his experiences and observations in coherent, concise slice-of-life essays.

Vizzini was depressed, but his writing was never depressing. He focused on the happy aspects of his life, the aspects that are hard to recall when you’re consumed by mental illness. He consciously tried to make teenagers laugh when seemingly every other young adult author was trying to make them cry. He cared so much about his audience. He didn’t want them to deal with the same issues that followed him everywhere, from Stuyvesant High School to Columbia University to L.A.

Ned Vizzini killed himself just over a year ago. You wouldn’t believe that if you read his books.