Jennette McCurdy’s I’m Glad My Mom Died is an excellent memoir about the half-century assault on young American women. 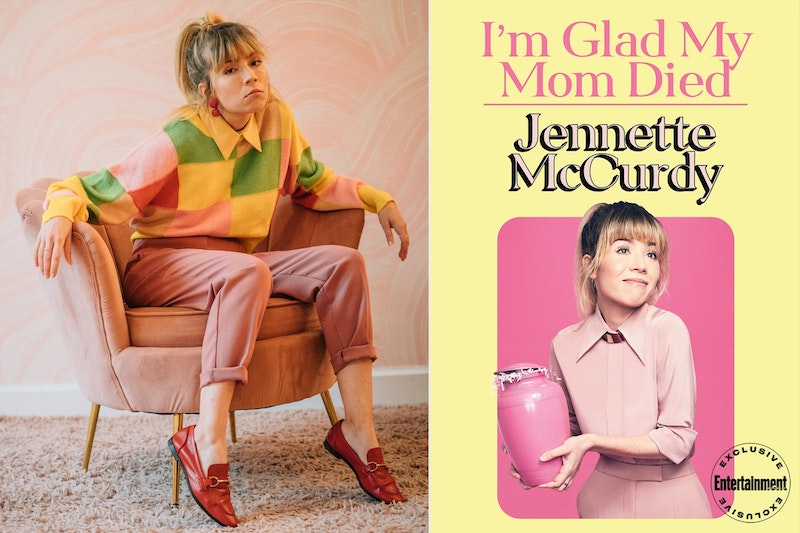 Anybody criticizing Jennette McCurdy for the title of her new memoir, I’m Glad My Mom Died, should read the book first. This is a depressing book, one that’ll drain and stain your soul. Just for a little bit, fortunately: we didn’t have to live McCurdy’s life. I watched Nickelodeon every day from an early age to about nine, but nearly all of the programming was cartoons: Rugrats, Doug, CatDog, The Angry Beavers, Rocket Power, Ka-Blam!, The Fairly Oddparents. The one major exception was Slimetime Live!, essentially a kids’ version of MTV’s Total Request Live, with an age-appropriate selection of music videos (including N*SYNC, Aaron Carter, and Destiny’s Child) along with game-show hosts and contestants that were in and out of the empire of orange blimps.

The Disney Channel had far more live action sitcoms made for kids, and I never understood the appeal: why not just watch Seinfeld or Friends? Or better, The Facts of Life, which aired on Nick at Nite—but who knows how fraught that set was. McCurdy co-starred on iCarly as Samantha Puckett, a cynical and sarcastic tomboy obsessed with food. She’s got plenty of good things to say about Miranda Cosgrove and nearly nothing about Ariana Grande. Besides that, disgraced show runner Dan Schneider is named in the book as “The Creator,” and while his predatory behavior is only hinted at, Tom Hanks somehow makes it in unexpurgated as the host of a “charades party” that Grande attended, and McCurdy didn’t. What was going on at that house?

More dead ends there, as if a well-promoted and thoroughly vetted memoir would contain any gossip juicier than what was teased in the press. What’s most striking about I’m Glad My Mom Died isn’t how tragic or horrible McCurdy’s childhood and upbringing were, but how common. This is a familiar story: four kids, two parents, and two grandparents living in the same house, one that’s full of garbage, pain, mistakes, and regrets. McCurdy’s mother is the stage mom archetype, with a twist of breast cancer, which went into remission and was subsequently used at every audition mother and daughter went on. Before she turned 10, McCurdy told her mom she didn’t want to act anymore. Her mom freaked out, cried, took it as a personal offense, and hung the money over her young daughter’s head, reminding her that she’s the breadwinner.

(Her grandfather seems well-meaning but, like her father, ineffectual: the most he can muster is telling McCurdy one day that, “a little girl shouldn’t have to worry about money.” There’s no support system for McCurdy outside of the abusive relationship with her mother, so she’s doomed from birth with no options.)

Only Piper Laurie in Carrie can top the levels of vicarious cruelty and codependence in this relationship. If you’re looking for salacious #MeToo dirt, this isn’t the book (I recommend You’ll Never Eat Lunch in This Town Again by Julia Phillips). This is a book about the assault on American women for the past 50 years, a frontline perspective from a culture that raises women to starve, contort, and deny themselves everything not only in the service of men but other women. It’s easy to say everyone can go their own way if you’re raised with a certain amount of independence or awareness that that kind of freedom even exists (McCurdy’s family is Mormon, and although they’re not hardcore, a lot of that bullshit lingers).

Reading I’m Glad My Mom Died, I recognized so many women I know: body dysmorphia, eating disorders, rotten values drilled into them at the earliest possible age. This isn’t localized, unlike the unlucky and lonely men documented in TFW No GF. Alex Lee Moyer’s documentary is a crucial work about the collapse of authority and the absence of strong role models for young men. Everyone portrayed in that movie was born in the dugout: alcoholic parents who didn’t even beat them, just didn’t care, weren’t ever there—leading to nihilism and chaos, anything to get a reaction. But, as the movie shows, these guys can get haircuts, clean up, and get jobs somewhere and live a “normal” life with friends and lovers. Social anxiety and personalities are something you can work through.

But women will always be picked apart, scrutinized, and abused. Eating disorders kill you. A shocking amount of men still don’t think of women as equals. I’ve talked to men I thought I knew well who said they acted different around certain women once they realized they weren’t sexually attracted to them. It’s mind-boggling. I don’t understand how any straight man could prefer the company of men to that of women: a bit counterintuitive, no? Read I’m Glad My Mom Died. McCurdy’s a very good writer, and unlike most other celebrity memoirs, I don’t think it was ghostwritten. I hope she continues to work, as she puts it, “alone.”