I’ve never seen a Star Wars movie. So what? 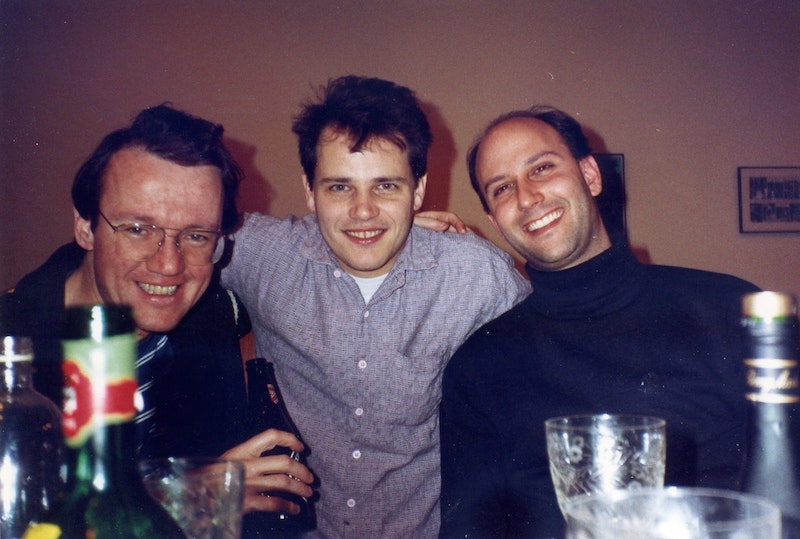 Last week Mark Judge wrote an article for Splice Today, “Star Wars Fans Have Wasted Their Lives” that essentially told Americans obsessed with the decades-long franchise to grow up and expand their narrow grasp of American pop culture. I thought Mark was self-righteously nasty to these people, calling them “losers,” but that’s the man’s opinion and he’s never tried to curry favor with readers.

We briefly parried on Twitter about the article—by no means a “tweetstorm”—after I made a comment that I’d never seen a Star Wars film, or, for that matter, never watched an episode of Star Trek in the 1960s. He was flabbergasted that I’d ignored one of the countless touchstones of pop culture. I asked why, and he responded, “Because they have so saturated pop culture, and you were the editor of [Baltimore’s] City Paper and then New York Press. Mind-boggling that you never watched one of those movies, even if just to see what the fuss was about.” (He also suggested I write about the subject. Above is a picture of me with New York Press colleagues Michael Gentile and Michael Cohen, taken at a moment when we weren’t at a Star Wars movie.)

And perhaps my disinterest in Star Wars—and any superhero film—is odd; my wife and kids have seen most of the films, with varying degrees of enthusiasm, and though I’ve never polled friends and acquaintances, it’s likely true that I’m in the minority. (I did get roped into seeing the horrific Hunger Games and daydreamed about the now-vanished Little Tavern on Greenmount Ave. in Baltimore that I stopped in daily before walking to school; I’ve never seen Game of Thrones, think Billions is a cartoon, but happily went along with the pack on The Wire, Breaking Bad, The Sopranos, Girls and Boardwalk Empire.) Yet unless your vocation is an arts critic—film, music, books, art, television, etc.—even an engaged person is bound to have holes in knowledge, or interest, in pop culture. I think one reason I never watched Star Trek when it began airing on TV in 1966 was that the space program was in the news almost every day, for reasons of national pride and thumbing our nose at the Soviet Union, so I didn’t feel compelled to watch a fictional version.

(It still stuns me that when JFK at Rice University Stadium, in 1962, pledged America would land a man on the moon by the end of the decade, that it really happened. Granted, Kennedy was undoubtedly briefed by NASA experts, and wasn’t just riffing like Trump does today, but it was still an audacious statement. That Neil Armstrong touching down on the moon in 1969 dovetailed with Teddy Kennedy’s Chappaquiddick fiasco—which, as someone who followed politics closely, was much more fascinating to m—was another part of the “Camelot” puzzle.)

As Mark pointed out, I was a newspaper proprietor/editor/writer from 1977-2003, and during that time my weeklies ran reviews of the Star Wars/superhero films as they were released, and that was the sum total of my participation. I never understood the “Trekkie” culture’s appeal and conventions, but to each his own: any semi-literate person has a passion for a particular strand of pop culture. Similarly, although I was older at the time, I never played videogames—except when helping my pre-reading sons navigate, say, a Zelda game—and can’t comprehend how adults can be so immersed in that world, playing for hours on end. I think it’s a waste of time, but would guess that gamers would volley back that my dedication to the fortunes, or lack thereof, of the Boston Red Sox is pretty weird.

Anyway, like most people, my tastes are many, but there are few who are knowledgeable on all aspects of pop culture. I was obsessed with pop music since the age of six or so (four older brothers were key), but never took the leap to classical music. I’ve spent hours in museums all over the world, and dined at the finest restaurants in Paris, Rome, Nice, Bangkok and Hong Kong. I’ve gambled, moderately, at casinos in Monaco, Reno, Cairo and Macau. I like theater (and when I lived in Manhattan, took in a lot of plays) but to me opera and ballet is for the birds. A philistine! Yet while a sub-set of intellectuals thrilled to every move of Nureyev or note of Pavarotti, who’s to say that’s more “intelligent” than the jaw-drop I felt when first hearing “Gimme Shelter,” David Ortiz blasting a ball into the bleachers during a playoff game or walking around in a ponderous fog after first seeing The Last Picture Show in 1971, Chaplin’s The Kid in ’73, or Blue Velvet in ‘86?

I was among Rolling Stone’s initial batch of subscribers in the late-1960s when they still offered an album (or roach clip) as an inducement; I chanced upon the first issue Spy in October, 1986 at Penn Station at six a.m., after a raucous day/night with my brothers at a Shea Stadium playoff game and then dinner at Primavera.

You can have Mr. Spock and I’ll take the 1961-1975 Bob Dylan; commune with Captain Kirk and I’ll continue to read books about the politics of the 1950s and 60s, or re-acquaint myself with Thomas Carlyle’s The French Revolution.

Again, Mark wondered why I didn’t want to know what all the “fuss was about” over Star Wars (which he saw when it was released in ’77 and said it was a “religious experience). I was an early fan of the Velvet Underground, but had no interest in exploring the “fuss” about heroin. Or, in the late-1980s, the “fuss” over crack, which was then blighting New York City. (A colleague of mine at New York Press was more curious, and one night, a bit loaded, walked to the in-the-process-of-gentrification East Village, smoked some crack and the next day, arriving at work on time, said it did nothing for him.)

I’ve been immersed in pop culture, as outlined above, since I was a kid; which isn’t a boast, just being honest. Do I regret “missing out” on the Star Wars/Star Trek phenomenon? No: I’d rather have a tooth filled.