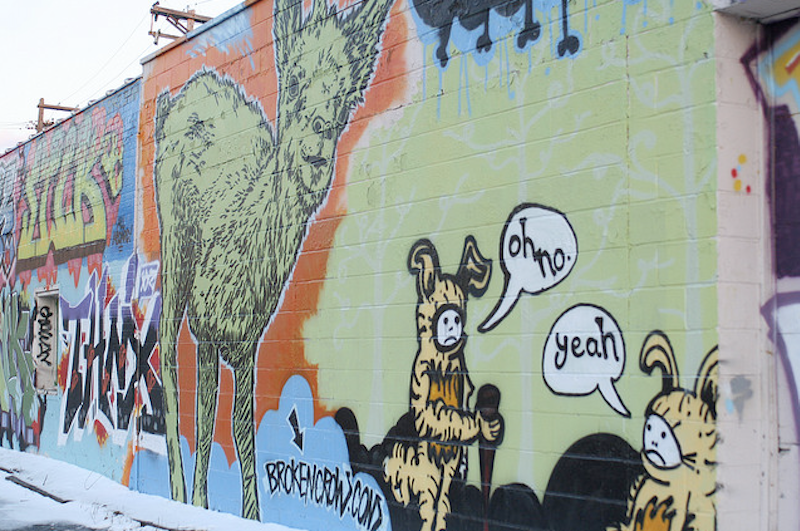 David Toop: I don’t want to be hermetic. I want to communicate with other people who think differently from me.

Marilyn Manson: Let's call this work my Jack-off Pollack, of sorts. I had two condoms -- alien things to me, I haven't seen them in 25 years -- and I threw them on the mirror, and they stuck, and they formed this piece of modern art.

Toop: It’s manufactured in the imagination but it becomes very real, in an experience of terror.

Manson: And they just don’t know what to say.

Toop: Very often there’s a silence, and then there's a strange sound and the bad stuff begins.

Manson: This was intentional, this was a scarification, and this was like a tattoo.

Manson: Or maybe Lost Boys, because I saw that in high school.

Toop: With Ad Reinhardt - it's wrong to talk about Ad Reinhardt's paintings as being black paintings, because they're not; there's a very defined geometric structure within those paintings - are they noise, or are they silence?

Manson: We ran into each other completely by accident, and he looked like I felt a year before that.

Toop: I was very impulsive in those days, very reckless.

Manson: It's me asserting myself as the hangman, the effigy, the pariah, the scapegoat.

Toop: What I do is much more instinctive.

Manson: I'm saying “you're as pretty as a Swastika, art is a fucking question mark”; you fill in the blanks.

Toop:  It wasn’t an endpoint, but in another sense it was.

Manson: I have nothing, I've lost everything, and I've got it back, and I'm happy to live in hotel, as long as I can feed my cat, get beautiful girls to do terrible things they shouldn't do with me, and pay for absinthe and drugs -- that's rock'n'roll.

Toop: You can never be quite sure of what somebody has said to you.

Manson: That's the only way that you can be me.