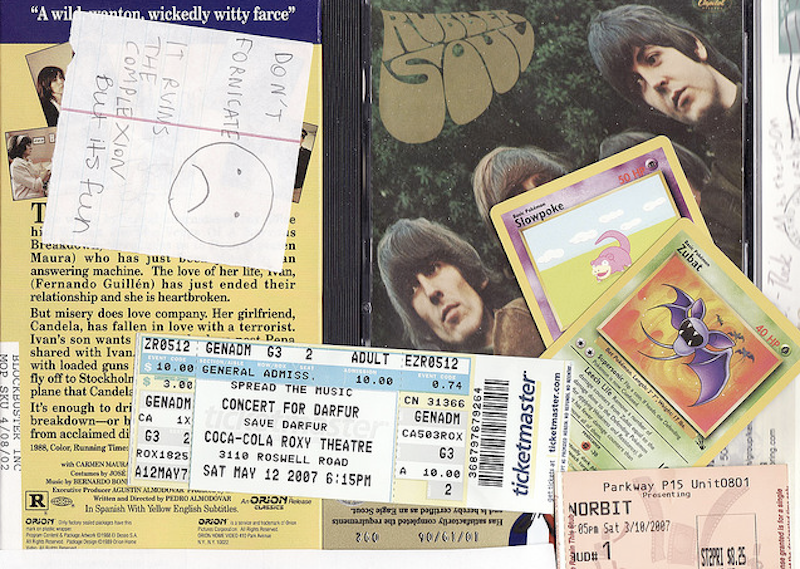 Moore: I sort of, I just want to be a record.

Moore: But I mostly go un-amped, unless I have to deliver some noise for a noise cassette I promised I'd work on, which I'm kind of backlogged on.

White: You have to make up work while doing work and it's too gnarly when you're trying to have fun skating and stuff.

White: You should see the next thing we're gonna do.

Moore: I mean, I stopped going to the office at some point.

White: I had like four squirrels in my lap and this bird that kept trying to land on me because I had all this food with me.

Moore: I think that has happened a couple of times where I have a tuning happening at my house and I'm getting something happening, and I'm like, "This is so cool," and like I leave it be for a week and somebody comes over and retunes my guitar. That happens a lot.

White: I just said, "Screw it!" and started doing cork Cab nines. I get so comfortable when I'm with people I like to ride with that I just start learning tricks.

Moore: But yeah, it was kind of cool, on one end. But it stopped being cool pretty quickly.

White: Because I don’t get paid for skating.

Moore: No, but not for any reason.

White: I've gone with my sister and made videos of the Toyota Big Air and stuff like that.

Moore: But I'm not really into trying to record everything.

White: But sometimes the squirrels get angry, so we use hidden wires and stuff.

Moore: One of those vampire shows.

White: Then I’d have to get rabies shots.

Moore: Referencing your rehearsals and stuff.

White: Then he ended it up by saying, "We're all going to die because this comet is going to hit us. And if that doesn't kill us then the sun is going to burn up and explode." I was like "Sweet."

White: That was from the Hawk tour.

Moore: I always feel kinda gnarly. These are gnarly times.