Acclaimed poet John Ashbery's "Paradoxes and Oxymorons" vs. a 1989 interview with the late media theorist Neil Postman, author of Amusing Ourselves to Death. 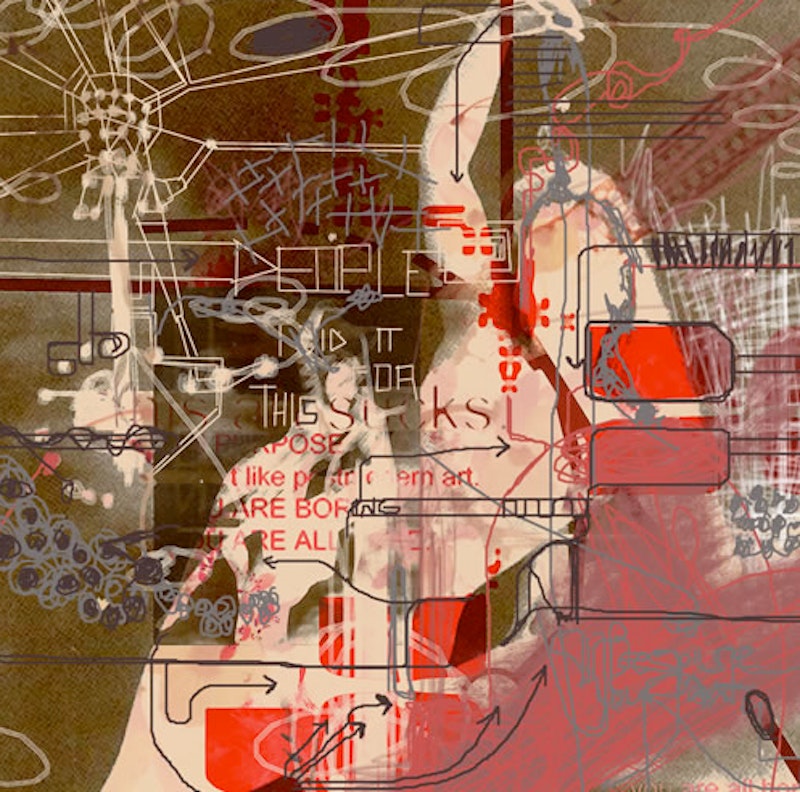 John Ashbery: This poem is concerned with language on a very plain level.

Neil Postman: I'd tune in for a while but would soon switch to a Mets game or to something with more dynamic and exciting imagery.

Ashbery: It is that and other things. Look at it talking to you.

Postman: The whole business of simulation should be dropped because it is an ersatz reality; it’s like telling the audience that they couldn't actually get a camera on location but, what the hell, we'll get a couple of actors and you'll get the idea.

Ashbery: A deeper outside thing, a dreamed-role pattern.

Postman: It doesn't take much to distract it, suppress it, or even annihilate it. At first I was against it.

Ashbery: It gets lost in the steam and chatter of typewriters.

Postman: Do you mean the network news or local?

Ashbery: You have it but you don’t have it.

Postman: I think it is dangerous, of course, because it blurs an already blurred distinction for viewers between illusion and reality. This is surely something to worry about.

Postman: There is no murder so brutal, no political blunder so costly, no bombing so devastating that it cannot be erased from our minds by a newscaster saying, "Now this."

Postman: I look not so much at what is said as how it is said.

Ashbery: You look out a window or pretend to fidget.

Postman: No denying that.

Ashbery: And then you aren’t there.