All the Young Mods

A trip to the hospital prompts some counter-culture reminiscences. 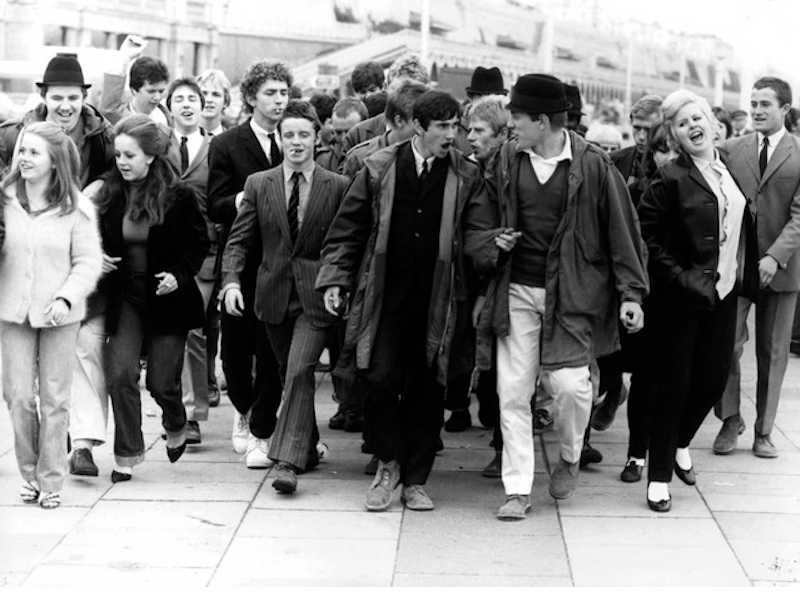 Nicky, my 18-year-old son, and I were camped out in a waiting area at Johns Hopkins Hospital last week, nattering away until it was his turn to see a gastroenterologist, who, it was hoped, might offer some answers about his twitchy stomach. He was pitching a story idea to me—both dad and editor—which came up deuces: an interview with a porn star. “There’s nothing wrong with an ‘evergreen,” I explained, assuming he wasn’t well acquainted with a woman in the trade, “but you’ve got to put a peculiar spin on it.” He nodded, and then, as I continued, sat up straight: “Now, thousands of writers peddle an identical query, and most are met with glazed eyes or an arched eyebrow. But it would be entirely different if, say, one of your classmates were moonlighting as a hooker or adult entertainment actress. That’d be a story worth reading.” Unfortunately, Nicky replied that no, his 12th grade class didn’t include such an exotic character. At least, he hastened to add, to his knowledge.

A nurse then called his name, and we were escorted to the doctor’s office, where the first step was a briefing by an associate, an engaging young woman who, she explained, obtained her medical degree from a university in New York City, but didn’t have that mostly reviled accent—my favorite in America, actually, with the soft Mississippi drawl a close second—as she emigrated from Romania as an 11-year-old. I appreciated the attempt at humor, however wan, and then sat silent as she interrogated my son with the ferocity of a television prosecutor.

Next, the chief appeared in the run-down conference room—it’s a truism that the best hospitals in the country, of which JHU is one, are not only located in sketchy urban neighborhoods, but also have pretty shabby interiors—and I was immediately struck by her appearance. She was dressed that day in an ensemble that was an uncanny replica of mod London, circa 1965: sharp-looking black boots, black stockings, mini-skirt and not much make-up. I complimented her on the boots and said she had a Chrissie Shrimpton look going on, a pop culture reference which, since it’s likely she was born in the mid-70s, was met with a blank stare. You know, I continued futilely, Mick Jagger’s girlfriend before he threw her over for Marianne Faithfull. I might’ve as well been speaking Romanian, so, probably to the relief of everyone, settled back in a chair and let the doctors attend to my son.

Nicky was fully capable of describing his various symptoms in precise, articulate detail, so aside from piping up when I thought he was fibbing a little about, for example, his consumption of fried foods, I was left to daydream. It’s not as if my Long Island grade school teachers in the mid-60s ever discussed the celebrity UK gangsters Ronnie and Reggie Kray, the Profumo scandal or had any idea who Mary Quant was—maybe Andy Warhol, but he was domestic—but any kid who was mesmerized by pop music and read Melody Maker was familiar with Carnaby Street, St. John’s Wood and Kings Road. Mod fashion was a short phenomenon, killed for good with ‘67’s Summer of Love and hippie culture—typically, Hollywood dated itself with The Mod Squad in ‘68—but for a time it filtered down to kids in America.

This was expensive gear, so most of my friends and I couldn’t afford to mimic the Stones, jet-setting Bob Dylan, The Kinks or The Who, but there were two guys, Andy Eastwood and London Lipke, who strutted into the cafeteria wearing polka-dot or paisley shirts, tight, fitted trousers, Garrison belts and what were then called “Beatles boots.” (This pair of Huntington mods was also, somehow, able to convince their parents that long hair wasn’t synonymous with juvenile delinquency.) It sort of sucked since these were very cool threads—I mean, who wouldn’t want to ape the look from the covers of Between the Buttons, Highway 61 Revisited or Blonde on Blonde—but the moment passed. Soon enough, the reigning style was all jeans, BVD t-shirts, flannels, sandals and bandanas, all very affordable stuff, whether from an Army & Navy Store or Good Will outlet. And by the time Rolling Stone was launched, in the fall of ’67, my dad had given up on mandatory haircuts, sensing it was a lost cause.