In which our readers are reminded, through math, that you can't Hate on a Pro. 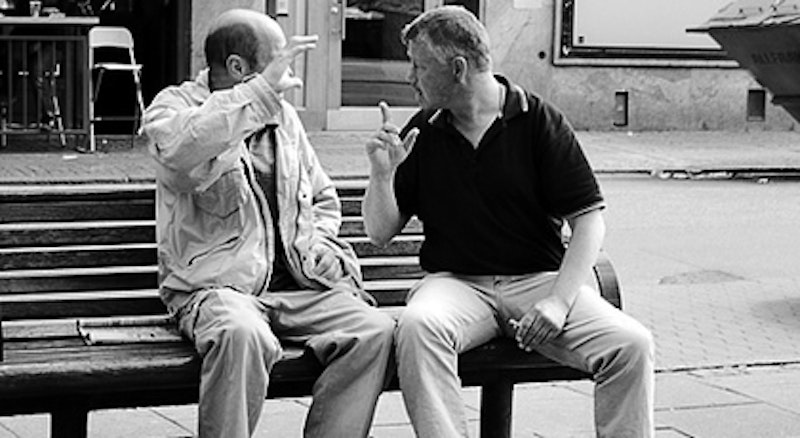 Man, I watch a lot of teevee. In fact, I watch so much fucking teevee it is probably the one, like, Area of Knowledge or whatever where I could just go ahead and seriously put myself out there as an Expert, in re to, you know? I mean, I could totally go on some teevee show and hold forth on things teevee with any Authority out there in teeveefuckingland, no shit. I am an Expert Witness to Television. I could Go Pro, as it were, just like I am a Pro Writer, har!

Yeah, I Gets Paid to write, therefore I am Pro. Eat that, Haters. And it's Hate out there, for real, even up in this shiny-new Splice Today piece already, Jeez. A coupla weeks ago, I wrote some thing about whatever bullshit thing I would write some shit about—I can't be expected to remember all this crap, I just write it. I don't gets paid to remember, I Gets Paid to Write!

Anyway, what? Yeah, okay, some "comment" or whatever you call something that goes in the "Discussion" area on the Splice Today was all like and I quote:

So first of all by the way something, what the fuck kind of constructive communication or "Discussion" is that? Why did you put that, Hater? Was that comment supposed to point out how the column could be better, by not being a 20-year-old Hunter Thompson? How exactly does asking that question fit into the category of "Discussion?" Discuss that, but include me out, because plus, Nobody who wants to Discuss can answer that question, so you already went and Killed the Thread by asking a question of Me. Yes, Capital Me in My Fucking Column. It's All About Me. I make a Column, not a Discussion. You want Discussion, go and Discuss with some other Discussers, but not with the Column, which is Me. I Am, get it?

Today's Topic: I don't Discuss, I Column. Discuss! But not with the Column! Also, but still first of all, the Splice Today (which is where I put my column every other week because the Alternative Weekly Newspaper where my column goes in on paper will only put it on the Other weeks) is a relatively brand-spanking-new Web Thing, so I wouldn't be surprised if it was a Setup, you know? A plant? Fixed? Rigged? Trolled? Something? In the "Discussion" area? To create Discussion? And it was a crappy Discussion.

Anyway, I don't have any Proof or anything, but I have a Suspicious nature, so I am Suspicious of the above Discussioner "Melissa," if that is Its Real Name, but first of all, at the same time, Duality of the Human-wise, even if Discussioner "Melissa" is real and not a Discussion-bot, It still Hates, to wit and first of all, why would anybody wanna be a 20-year-old Hunter Thompson, other than the benefit of being an alive Hunter Thompson as opposed to Thompson's current status? And who cares about how old somebody is who puts some shit on the Internet? Why 20? You gotta be 21 to do this crap? And so first of all, if Discussioner Melissa is not a Paid Provocateur of Splice Today, Discussioner Melissa is a Hater. A writer who writes (and does not Get Paid) and goes and makes their Comment about Writing is a Hater. Hey, look, I'm no Math Major, but I just invented this Theoretical Equation:

Har! Here's another one:

Hey, Math is fun sometimes! So look, Hate on, Hater or Hatress Discussioner Melissa. I Gets Paid, and you make little marks on the margins, Free of Charge, unless you are Spy. I am Pro.

So lemme get back to my Beloved Televison, because like I said, I have like, an eighth-degree Black Belt in Teevee, no lie. I am a five-star General of Teevee, a Jedi, a High Priest, a Grand Master Flash of the Sacrament of Television.

And look Haters, I don't Type Crap for you to Discuss in the first place, you know? It's not a fucking Discussion. I write, you read, and move the fuck on, thank you very hard for reading, seriously, I *HEART* Readers. You don't like? Fine, that don’t make you a Hater. You are certainly entitled to your Opinions and shit, so I guess if you want, you should go right ahead and Discuss, but if you turn out to be a Hater, whatever you go ahead and put in the "Discussion" zone ain't gonna compel me to do anything except remind you: I Am Pro.

And I Gets Paid to write about 900 words here, so I'm kinda full. Thanks for the topic, Hater! Tune in next time for an Important Statement about my good friend Television that I totally woulda put here in the first place, I swear. Don't Hate, Participate!