Another adult makes an ass of herself over the subject of teen sexuality. 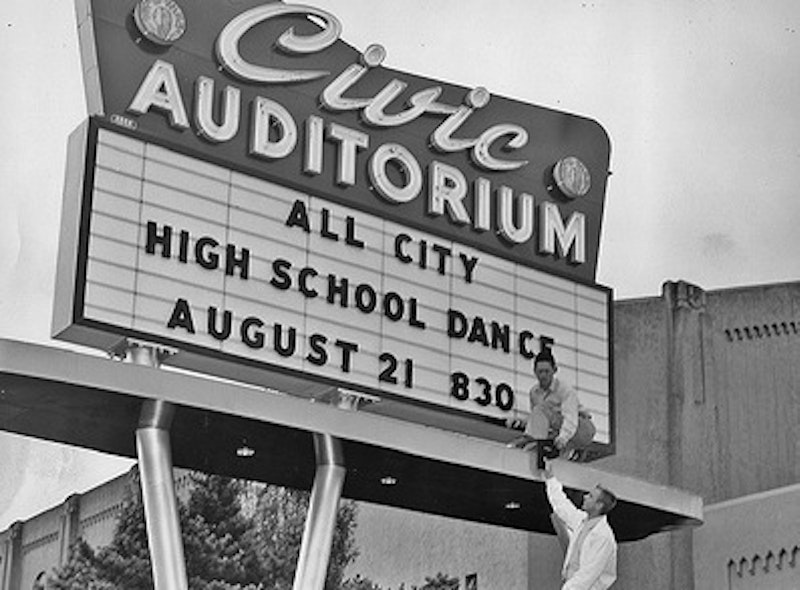 It’s one of the eternal verities—adults love to talk about the sex lives of teens. The most recent high profile article to go looking for thrills, chills, and moral taglines in the mating rituals of our kids is Caitlin Flanagan’s “Love, Actually,” out in the June issue of The Atlantic.

According to Flanagan, young girls have for the past decade been subjected to an evil, no-good and also very bad hook up culture, which has encouraged them to have no-strings-attached sex before they are ready. Now, however, tweens are fighting back, preserving their virginity, and demanding romance and boyfriends.  As evidence of the evil hook up culture of yore, Flanagan mutters about the Internet, and then pounces triumphantly on a single 2005 sex party at Milton Academy near Boston. She mentions Twilight, Taylor Swift, High School Musical and a book called Testimony by Anita Shreve. The article says Testimony was inspired by the same Milton Academy sex party that Flanagan is so bothered about. Unfortunately, after the piece went to print, Shreve contacted The Atlantic to tell them it was inspired by no such thing.

No doubt you’re now thinking, “wait, where’s the rest of the evidence?” There is no rest of the evidence. That’s it—unless you count Flanagan’s account of her relationship with her own mother, which, out of charity, I refuse to discuss. So, yes, the edifice Flanagan has built is so shoddy it almost seems pointless to knock it over.

In the first place, the idea that tween girl culture has newly rediscovered romance is truly ridiculous. A couple of examples: the last decade has seen a boom in shojo manga, comics from Japan aimed at young girls which focus on gooey, delicious, flowery romance. Sailor Moon, a hit series of the late 90s and early 2000s, has lots of costume changes, longing looks, and super-heroics, but not a whole lot in the way of no-strings-attached sex. Similarly, Beyoncé, the biggest R&B star of the last 10 years, sang throughout the decade about love, female empowerment and holding out for the right guy—“Single Girl” didn’t come out of nowhere, you know. On the other hand, if Flanagan really thinks that young girls today, right now, aren’t interested in kinky sex and rape fantasies, I’d encourage her to get on the Internet and check out some slash sites where girls of all ages write entirely for each other, no boys pressuring them about anything in particular. Your eyes will open, as they say.

All of this bickering back and forth about music, television shows and movies is, at bottom, pretty dumb. If you want to know whether girls have become more or less promiscuous, you don’t look at what they’re reading or listening to, or even at what big sex scandal occurred in which random college or prep school.  You look at teen pregnancy rates. You can find out in less than 120 seconds that teen pregnancy rates fell in virtually every state between 1988 and 2005. After 1995, teen pregnancy rates nationwide declined every year for a decade, hitting their lowest point in 30 years in 2005, smack dab in the middle of Flanagan’s hook up decade. It’s true that the next year, in 2006, rates rose by three percent, and preliminary findings suggest they may have risen again in 2006. Even so, rates remain historically low; in 2006 teen pregnancies were only 71.5 per 1000, as compared to, 83.6 per 1000 in 2000, 99.6 per 1000 in 1995, and 116.9 per 1000 in 1990. To suggest, as Flanagan does, that teens were especially promiscuous in the past decade and a half is simply wrong. On the contrary, teen pregnancy has apparently declined for more than a generation, the growth of the Internet notwithstanding.

Of course, it’s possible that there’s been an enormous jump in promiscuity in 2008-2009, and data collection just hasn’t caught up with it. Unfortunately, the last few years are when Flanagan claims the kids have been taking back their virginity, armed with nothing but battered copies of New Moon and iPods playing Fearless on endless loop. So in the unlikely event that pregnancy rates have skyrocketed, Flanagan will only look dumber.

Which would be difficult. Because, as this makes clear, the essay’s entire thesis is preposterous nonsense which can’t withstand even rudimentary common sense or half-assed fact-checking. And so, the obvious question is: What is this doing in a respected national magazine? Where were the brains of everyone involved, and what was filling them in the place of rational thought?

I’d suggest that what was filling them was repetitive shivers of alternating prurience and righteous guilt. You can practically hear Flanagan licking her lips as she declares of today’s tween: “She is a little girl; she is a person as wise in the ways of sexual expression as an old woman.”  Statements like this are the flip side of Flanagan’s hysterical (in various senses) flights of sententious moralism. “We’ve sunk pretty low, culturally speaking, when we’ve left it to the 14- and 15-year-old girls of the nation to make one of the last, great stands for human dignity. But they’re doing it, by God.” Back and forth through the essay Flanagan goes; surreptitiously fantasizing about the (mythically hyperbolic) sex lives of innocent little Madonna/whores on the one hand, berating herself for her (excuse me, our) sins on the other.

Flanagan’s moral panic isn’t a response to sexed-up teens; rather it’s the smokescreen and the excuse. You learn nothing from this essay about teen girls, but you learn way, way too much about Caitlin Flanagan—and, incidentally, about what a mainstream magazine believes will appeal to a fairly sizable adult audience.