Californian Jarrod Wyatt drank some mushroom tea and proceeded to rip out his training partners still beating heart before eating his eyeball and throwing his other organs into a fire. His defense: "I was trying to silence the devil." Daily Mail article after the jump. 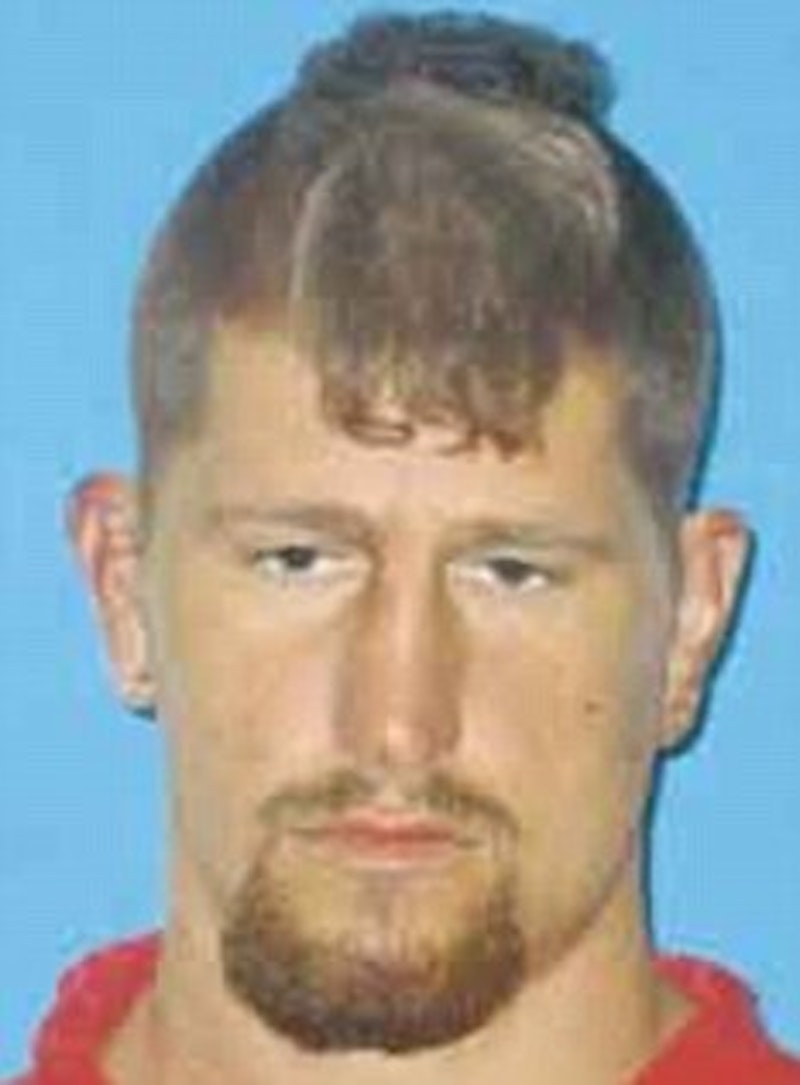 "A U.S. cage fighter ripped out the heart of his training partner while he was still alive after becoming convinced he was possessed by the devil, it was alleged today.

Jarrod Wyatt also cut out Taylor Powell's tongue and ripped off most of his face in a brutal assault that police said looked like a scene from a horror film, officers said.

They claim they found the 26-year-old standing naked over his friend's body with parts, including an eyeball, strewn around the blood splattered room in Klamath, California.

Wyatt allegedly told police he had drunk a cup of tea spiked with hallucinogenic mushrooms and became convinced Powell was possessed.

According to an autopsy Powell, 21, bled to death after his heart was ripped out.

The coroner said Powell had been alive when the organ was ripped out after his chest had been sliced open with a knife.

Wyatt told the police he thrown the heart into a fire along with other organs that he had removed from the body, it was claimed.

He allegedly told investigators he cooked the body parts because he was fearful Powell was still alive and he ‘needed to stop the Devil’.

Police had been called to the grisly scene after a third friend had witnessed a sudden mood change in Wyatt after they had all ingested wild mushroom tea.

Justin Davis told police he returned to the flat to find Wyatt naked and covered from head to toe in blood.

He noticed an eyeball lying in the middle of the floor and saw Powell's mutilated body.

A lawyer representing Wyatt has claimed the wild mushrooms caused him to act in such a violent way and had not control over his actions.

‘My client was trying to silence the devil,’ said James Fallman.

‘I think he was having a psychotic fit based on the mushrooms he had.’

Wyatt has been charged with first degree murder and torture.

Prosecutors added the torture charge as Powell was still alive when his heart was removed."