Protecting fashion with copyright would only stifle the natural order of copying, remixing and referencing that produces enduring style. 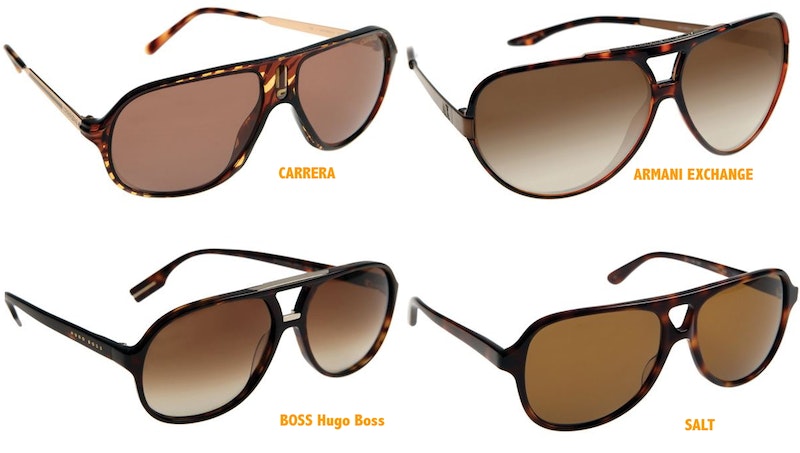 Copyright legislation is full of bad ideas. Chief among them are the decades-long rights artists and corporations currently receive. Copyright now exists for up to 70 years after the death of author, a provision known as the “Mickey Mouse” act after Disney lobbied hard for the exception in the 1990s.

But of all the bad ideas in copyright, none is worse than copyright for fashion designers. Battling a large and growing market for fakes, fashion houses are looking to Congress to put into law brief copyrights for their designs. They’ve found a few members of Congress sympathetic to their cause, like Chuck Schumer—supporters of rights holders are always in New York and California, the hubs of the entertainment industry, and are both Democratic and Republican. Even Michelle Obama is known to be sympathetic to the expansion in rights.

This is among the lamest ideas of the past few years, but it’s not new. The idea of owning one’s design is enticing for purveyors of style, as it is for painters and songwriters. As far back as the 1930s designers have been looking for copyright. Never mind how difficult it is to prove a product has been copied, from movie scripts to art works. Nope. Designers want it anyway.

But for numerous reasons, stringent copyright protections won’t work in the fashion industry.

Copying is endemic to fashion. First, fashion is all about copying. While big corporations like LVMH see copyright protections as vital to their business, the truth is “trends” necessitate copying even among vastly different designers, even designers whose labels are owned by the same corporations.

How many different kinds of platform stilettos do you think are out there? How many varieties of black blazers? Show me a blazer from Dior and I’ll show you another prominent designer who’s done the same thing.
Take a completely random example, a selection of half the sunglasses feature in a recent GQ “must-have” list for 2010:

Copyright will reverse the democratization of fashion. Of course, the big European labels would love to do away with Zara, H&M and Topshop, three of the big European clothiers who “copy” runway looks rapidly for the masses.
Once again, though, such an outcome would only hurt luxury sales, not to mention kills citizen innovations in style.
People who buy expensive clothes aren’t afraid of someone owning a similar outfit bought from H&M. Luxury consumers are quite sophisticated and know the difference. Moreover, there’s a great deal of pleasure in knowing your shirt dress is a real Diane von Furstenberg and the random girl on the train is wearing the phony from Forever 21 or the mid-market version from Reiss. Such cultural distinctions actually increase the value of the original.

What would fashion “trends” be without everyday people wearing them? The power of luxury labels is in their ability to make everyone dress a certain way, not in their ability to service a small number of consumers. Where do we draw the line? The way copyright works today, after a change to the law in the 1970s, individuals do not need to register their creation for copyright with the federal government—it’s a good idea to, but not legally necessary. All works are copyrighted upon creation.

What does this mean for fashion? It means Marc Jacobs can make a simple white t-shirt, copyright it, and sue K-Mart for carrying something similar. Now, he might lose the case; he probably will. Movie studios get sued all the time for stealing ideas and rarely have to pony up, because Hollywood is as flush with scripts about male-female spy teams as fashion is with t-shirts. But he still might be successful in scaring a few other designers from attempting something similar.

This culture of fear wouldn’t force people to innovate—which is the constitutional reason for copyright protections—but rather scare people from making clothes in the first place.

Protections may last forever. Imagine you’re the chief designer for accessories at Hermes. You’ve spent years trying to invent the new Birkin bag, a new instantly iconic It bag you can sell for $20,000. Imagine you did it! Your bag is hot. Kristen Stewart carries one. Lady Gaga is on a waitlist.

Well, you’re going to want to copyright that bag. You can retire! So you do, you make sure your ownership rights are known. You sue anyone who makes anything similar, and you win, time and time again (this is a regular example of how copyright actually stifles innovation. The original creators stop working and preclude others from doing so).

Supporters of fashion copyright want you to believe they only want protection for a limited time, maybe a year, until the trend goes away. But they’re lying. Sure, most fashion designs have a short shelf life, but many designs last for decades and stay desirable: the Chanel suit, the Kelly bag, the DvF’s wrap dress, etc.

Once a famous designer or label creates something that remains valuable past the year or so he can protect it via copyright, he’ll start lobbying to Congress, like Disney did, for an extension. And if Congressional history is any guide, he’ll get it. So for decades no one will be allowed to make anything similar, halting the kind of innovations that move fashion forward. How many people have creatively remixed the Chanel suit or the wrap dress? If we’d had fashion copyright, we’d never know.

All this copying and remixing actually makes fashion more interesting. It gets more people interested in style. It gives ordinary people and chance to experience style on a budget, which then gets them excited about design, sending them to fashion school and then on to create their own labels.

Watch Project Runway and ask yourself how many times Michael Kors compares a designer, implicitly or explicitly, to Lacroix, Balenciaga, Yamamoto or another designer from a past season. Sometimes—okay, often—this is a diss. But it’s also the nature of the business. Kors himself is far from an original. Karl Lagerfeld is a diamond in the rough. Copying and quotation is central to fashion design. Taking it away would signal utter disaster.