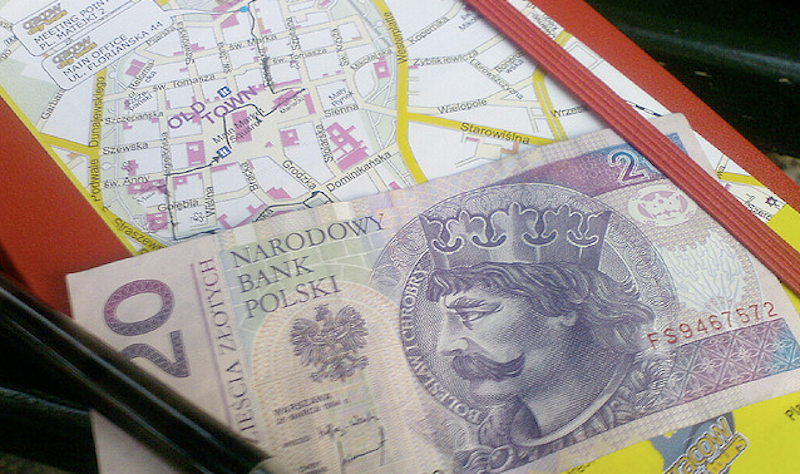 I have a simple method for quickly assessing the friendliness of a foreign country. It’s called the “smile test.” While in public, if I make eye contact with a complete stranger and smile, what sort of reaction do I get? Most Americans not only smile back, but also give a friendly nod.

However, this does not work so well in Poland, where the nice ones give cold, blank stares. It is within this cheery cultural context that I present to you our Great New Year’s Tragedy of 2011.

My wife and I were supposed to be celebrating New Year’s with my in-laws, who live near Gdansk, home of the Solidarity trade union that ousted the communist regime. Ironically, thanks to the government-owned LOT Polish Airlines, the family reunion is delayed until February, and our holiday celebrations were ruined.

This disaster-in-waiting began with a visa snafu. My in-laws were changing planes in Frankfurt and then Vancouver. Because Canada had eliminated visa requirements for Polish citizens, we thought they could transfer planes without a Canadian visa. However, the visa-free travel only applies to passports issued since 2006. My father-in-law’s passport was issued in 2005, so he was denied boarding in Gdansk by airport security.

Scrambling, my wife and I called both Lufthansa (a LOT Airlines partner) and Expedia, both of whom confirmed available seats on a direct flight from Frankfurt to the United States, bypassing Canada. A belated Christmas miracle! Yet instead of re-booking his flight, LOT Airlines—with the airplane still waiting at the gate—slammed the door in my father-in-law’s face and told him to go home. Happy New Year from LOT.

Infuriated, I immediately phoned the Gdansk airport. When I asked why my in-laws were not allowed to board the plane, the airport official lied: She said they showed up late. With my patience exhausted and blood pressure nearing 300, I made an off-color reference to bovine droppings, and she hung up. I called back. She hung up again.  Undeterred by her intransigence, I called the office of LOT Airlines. It was too late to help my in-laws, but I wanted an explanation and an apology. I got neither. Instead, the airline official lectured me about a time in the U.S. when she was “treated like a dog.” Without consulting the State Department, I offered a half-hearted apology on behalf of the United States of America. Then, and only then, did she begrudgingly mumble something about being sorry for our situation.

Having traveled several times to Poland and Eastern Europe, I can say with some authority that this brand of “customer service” is typical in that part of the world. If someone has to lift a finger to help you, it will be the middle finger.

Now, compare the privately-owned American company Expedia to government-owned, Polish LOT Airlines. The two companies are polar opposites. Expedia spent over an hour on the phone with my wife, re-booking her parents’ trip for February. LOT Airlines told them to get lost.

People often complain about American customer service. We have to push “1” for English. And after we do, we might talk to a 16-year-old sales rep in New Delhi whose second language is English. But these are minor inconveniences.

In reality, our customer service is still the best in the world. When I complain to Comcast that Internet service is disrupted, they politely listen and apologize. When I give back my triple vanilla iced latte to Starbucks because it was not made with two percent milk, they make a new one. When, through sheer idiocy, I purchase and install the wrong software from the Apple Store, they give me a full refund—even though their policy states otherwise. It’s easy to complain about American customer service, but in comparison to other countries, our companies bend over backwards to help us, even if the dilemma is 100% our fault.

So, next time you think about unleashing your wrath on the McDonald’s employee who left the pickles on your Big Mac, stop and be grateful that at least you didn’t order Polish fries with that.

Alex B. Berezow is the editor of RealClearScience.