Politically-charged neologisms like "Karen" inevitably get hijacked by grifters. 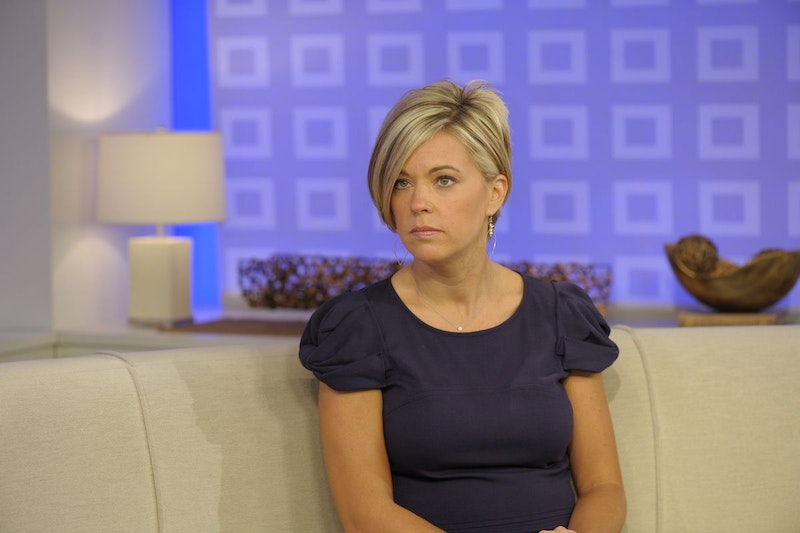 Recently I returned a charger that I'd bought at Walgreens. The cashier couldn't process it because of a technical issue, nor could her supervisor, who told me she could only give me store credit even though the problem was on their end. I told her that was unacceptable, and asked her to send the store manager out. He fixed it immediately. I'd been insistent, but not impolite, in an annoying situation. But later I was thinking that, if I'd been a woman of a certain demographic, I might've been accused of being a "Karen," the kind of person some are currently dumping on.

Such an accusation would've been unfair, because Karens flip out when they get home with their takeout artisan sandwich and realize that they only got two packs of Dijon in the bag instead of the three they'd requested. They'd need to call the manager to explain what the employee did, and then they'd alert their friends on Facebook so they can avoid a similar tragedy. But you can't expect fairness in this call-out culture era in which so many strive to gain status via name-calling, often with shoddy supporting evidence. It's a zero-sum game that favors aggression on offense. If one of the "hall monitors" messes up and goes after an innocent person, they just call it collateral damage and move on to their next target. No apologies necessary.

I'm thankful my name isn’t associated with people who act like the world exists to cater to them, but I can empathize with those 35-year-old soccer moms who don’t threaten to sue the ref when he gives her son a yellow card. Due to memetic derision, their reputation precedes them, regardless of their actual behavior. People are looking to take them down.

A Karen is a demanding and entitled white woman (quite possibly an anti-vaxxer) around 35 to 45 with approximately three children who has (and I missed this one until I looked it up) a bob haircut, often blonde, which a Vox article referred to as "speak-to-the-manager hair." Karens need to get what they want when they want it, even if it means showing up lower-level employees. Check out the hashtag #AndThenKarenSnapped for the details.

I'm uncomfortable with an entire group of people stereotyped via the use of a once-common given name for girls—think about it being done with "José" or "La'Darious." We've all been told repeatedly over the years that stereotyping is wrong, but white bourgeoisie stereotyping gets a pass due to the "privilege" aspect. The Washington Post informs us that this new negative achetype's not sexist or racist, but The Guardian says it is. Which liberal media outlet am I to believe?

In Karen Attiah's WaPo piece, the writer claims she finds it "hilarious and twisted that "Karen” would be construed as a sexist slur. Coming from a person named Karen, this opinion might carry some extra weight, but Attiah's black, so "Karen" has never been used to demean her. The gimmick headline says, "Let a Karen explain," but it's disingenuous—Karen Attiah is not a "Karen."

Growing up in the black community, Attiah saw her name used to refer to haughty white women, and it made sense to her. She writes that while white feminists think the Karen put-downs originated among men, they actually came from the black community. To her it's just using humor to cope with the indignities visited upon African-Americans. She mocks white women inventing Karen-related victimhood as "peak Karen" behavior. That's the state of feminism these days.

In her Guardian article, Hadley Freeman points out that the Sunday Times has defined Karen as “an annoying person in the office," and wonders how many men have been called Karens. From her perspective, it's a way of telling women to shut up, and it didn't originate in the black community.

Feminist Karen Attiah laughs at feminist Hadley Freeman because she's a Karen feigning oppression. That's brutal. Freeman's at a disadvantage because she's just a woman, while Attiah is a woman and black, awarding her two victimhood points. Freeman can’t compete with that, no matter how cogent her argument is. The losers are the women who men demean by calling them Karens, because intersectional feminists won't defend them.

I appreciate the humor in a story about a Karen who throws a fit at Starbucks because they ran out of decaf and she's running late for her Brazilian wax appointment. But these politically-charged neologisms inevitably get hijacked by overeager call-out artists looking to make a name for themselves. The Karen category is rapidly growing. This already happened with “alt-right," and the absurdity reached its pinnacle when The Economist called conservative pundit Ben Shapiro, an orthodox Jew, an "alt-right sage," which he forced them to retract. Currently there's a Twitter controversy swirling around someone who called Anne Frank a Karen. That's a sign that the race-based put-down has run its course. It should now be retired to the same place "OK Boomer" was relegated to. Who will we go after next?