Mingling With Bowie in Berlin 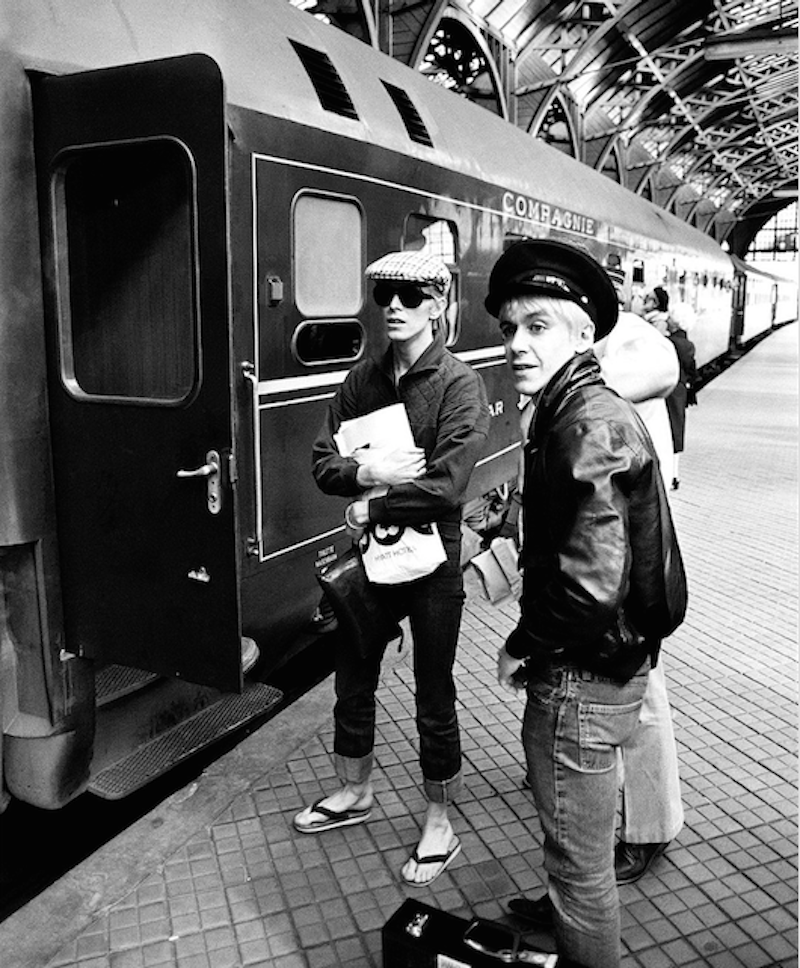 I’d like to share some memories about my friend David Bowie. I’m still processing his death; the finality of it all seems so absurd. I mourn, like everyone else, as a fan, but I also deeply regret losing touch after our short but remarkable collaboration in Berlin. We hadn’t seen each other in nearly 40 years, but there was always the slim possibility of running into him on the Upper East Side or on Avenue A in London. I can’t bring myself to listen to the Blackstar album—I heard the title track when it was released as a single in November, and it gave me the creeps. I made it through the 10-minute track but I had to turn off the video as soon as David appeared in his black-button blindfold. I saw a sick man staring death in the face. The rumors got to me, but I shut them out. He’s appearing in videos again! He still walks among us. From what I understand, David talked to Tony Visconti just last week about making a follow-up to Blackstar immediately, assuming that he had a few months left. I still see Tony two or three times a year, and he was the first person I called on Monday. There was nothing to say, but we cried until there were no more tears left to cry.

I lived in Berlin from 1975 to 1980. I spent all five of those years in the same apartment building on Hauptstraße 155 in Schöneberg, just two floors down from where Iggy Pop and David camped out. One day, over a plate of pork schnitzel, I saw them both walk into the restaurant I was eating in. I actually recognized Iggy first—he looked identical to his picture on the cover of Raw Power. But Bowie was hiding behind enormous bug-eyed shades and a wool golf cap. He looked skeletal, and I figured he was just some dealer Iggy glommed onto. But once he spoke—“I’ll have the bratwurst”—I perked up and had to stifle a caw. Getting papers in the lobby days later, I properly introduced myself, and Bowie couldn’t have been more gracious. He invited me up to their flat, mentioning that they were in the midst of writing Iggy’s first solo record. “Amazing that the idiot can still sing, let alone speak…” I told him to call it The Idiot—no credit necessary.

Over the next few weeks, we drank a lot, smoked endless cigarettes, snorted a smidgen of blow, even some smack, but we mostly just watched TV, talked, went to movies, got coffee, and made plans. I, of course, was the one that got them up in the morning with a rousing call. David made me feel like his number one rooster the whole time we were together. I realize now that he probably had a whole barn full of buddies back home, but the time we spent together was valuable and has stayed with me all these years later. Every time I see that album cover of The Idiot, I remember the gift I gave to a frustrated David Bowie in a Berlin elevator so many years ago.