The death count in superhero TV shows and movies is out of control. 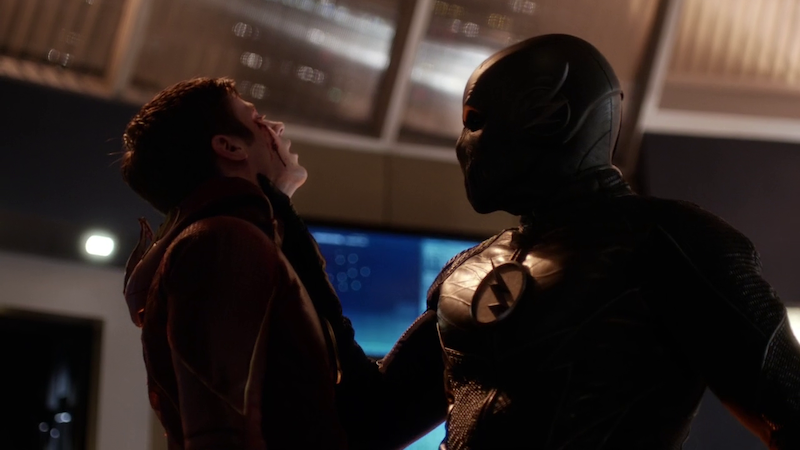 In the two decades I’ve spent reading comics, a few constants have emerged. Superheroic women will never want for ass shots, their male counterparts will never stop blaming themselves for every single setback, no matter how tangentially related to the plot—and most importantly, death is never a constant. Actually, that’s not strictly true, as today’s comics and superhero TV shows illustrate. It’s more accurate to say that while cape characters can always come back from the dead, their writers are so desperate for shock value that they can’t stop killing people, even after all the surprise is gone.

It’s easy to forget that this wasn’t always the case. Comics have always been pretty violent, even in the Silver Age, when the Comics Code Authority kept publishers on a tight leash and ensured that no gore would pass under a kid’s eyes. Back in the 1940s, when Batman first began his crusade against the Joker—who would become his arch-nemesis—the “Clown Prince of Crime” only killed people to facilitate a jewel heist; eventually, in the 70s, he’d graduate to elaborate revenge murders and the like, but things were still fairly manageable. Now that the Joker regularly kills by the gross, every character, good and evil, is rushing to catch up.

Take Oliver “Green Arrow” Queen, of the CW’s Arrow. The show’s fourth season has been obsessed with a villain who grows stronger with every person he murders, culminating in a plot to nuke the entire world and thereby grow all-powerful. In the process, we saw women like Laurel “Black Canary” Lance and Ruvé Adams killed by assorted villains, mainly to provide motivation for male characters (”fridging”) or just to set up a cliffhanger for the next episode.

The problem is twofold: not only is Arrow is a show on which characters die too frequently and impermanently to hold much weight (both Sarah Lance and Thea Queen have died and been resurrected in past seasons, and the show regularly kills main characters like Tommy Merlyn, Floyd “Deadshot” Lawton, and Moira Queen), but its writers’ reliance on graphic on-screen murder to further the plot has infected its heroes. This might bear serious analysis if it were explored in any consistent way, but instead, Oliver is trapped in an endless cycle of temptation to become a killer again (like he was in season 1) and realizing he has to be better than his worst instincts. Somebody had better tell his sidekick John “Spartan” Diggle, who shoots his evil brother in the chest rather than take him into custody simply because he “won’t stop” trying to hurt John’s family.

Oliver, to his credit, wags his finger at Diggle’s poor behavior (even though Diggle uses pistols to enforce justice, the imprecision of which has almost certainly led to several deaths by now), but his words are hollow considering he vowed to murder the season’s Big Bad himself only an episode prior. All of this culminates in a big fight in an underground city, which sounds cool until you realize that’s supposed to be more dramatic than the nuclear warhead which just vaporized five figures of people, and less than 24 hours later, our heroes are quipping about their parents. Death doesn’t exist as a grave consequence of the heroes’ actions; it’s just something that happens, sometimes in mass quantities, and you kind of get over it. There’s no scale and no substance, because the writers are just looking for any emotional reaction—never mind the fact that their returns diminish with every snuffing.

One might accuse The Flash of the same crime, but on a smaller scale. Though only in its second season (compared to Arrow’s fourth), Barry Allen and his allies have seen an impressive number of people die; Barry’s mother was murdered in the opening scene, Caitlyn Snow has lost every single boyfriend/fiancé she’s ever had, and this season’s Big Bad—the alternate-Earth speedster known as Zoom—has murdered hundreds of people on our world alone, including Barry’s dad in this week’s episode. The difference on Flash is mainly that the dead tend not to come back—except when Barry travels through time, or when their Earth-2 doppelgangers show up, in which case maybe. Again, these deaths are devoid of pathos at this point; it’s just shock value for its own sake.

DC isn’t the only perp here, either, although Marvel’s Agents of SHIELD doesn’t claim to be anything but a super-spy drama. Then again, maybe that’s a problem in itself. Existing in a superhero world, the titular agents are held to the same standard as superheroes by default: save the world, don’t kill anybody. But even though the team does its best by using non-lethal “icer” rounds in their guns, that certainly didn’t stop Agent Fitz from blowing Mr. Giyera’s chest open or Director Phil Coulson from crushing Grant Ward’s heart this season. The season finale was fraught with Christian symbolism, but I missed the part of the Christ myth where Jesus flew the Devil up into the stratosphere and blew him up with a warhead.

Of course, all this relentless murder on both sides of the aisle is only reflective of the comics themselves. The modern Joker has become a genocidal maniac, unconcerned with heists, and the industry has followed his example: after the success of antiheroes like the Punisher (whose disposition towards lethality was explored with far more nuance in the most recent season of Daredevil), regular superheroes have been forced to be more “mature” and become super-executioners. I’d thought we left this trend behind in the XTREEM 1990s, but after seeing Superman snap Zod’s neck in Man of Steel and grimacing at Batman’s double-digit body count in Batman v Superman, all while DC’s “Darkseid War” makes Flash into the literal Grim Reaper and kills off New Gods for the second time, I’m convinced that most of the most prominent cape writers of our time have no idea how to write a superhero story that doesn’t involve constant, graphic murder by all parties.

And this is a problem because superheroes are supposed to be emblematic of the best our culture has to offer. That’s the whole point of Superman: he doesn’t kill, because he always finds a way. Batman doesn’t kill because he doesn’t let any children experience what he went through in Crime Alley. And countless other heroes don’t kill because non-lethal solutions are just the right thing to do. Gallup has reported that as many as six in 10 Americans support the death penalty rather than increased investment in rehabilitation programs. That’s scary on a number of levels, but mainly because it means we don’t have hope for our own kin. “They need hope,” growls Green Arrow in his most recent episode, but who is he to give it to us? If he and others like him are just going to keep murdering for the greater good, then humanity is doomed to a downward spiral of pessimism. We need our heroes back, with meaningful stories that don’t revolve around corpse parades, so we can look up towards the light-the way these hero myths were intended to make us feel in the first place.