John Hughes Was a Creep 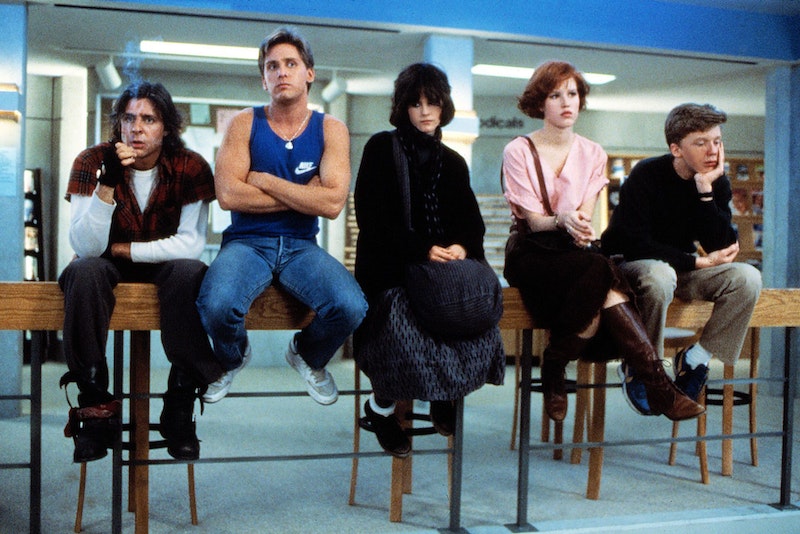 The Breakfast Club, a popular cinematic choice among Generation X, is a 1985 film directed by John Hughes. Hughes, well into his 30s during the movie’s production, had an unsettling fixation on teenage culture. His obsession with actress Molly Ringwald, whom many consider his artistic “muse,” is disturbing, and is especially evident in this film. Ringwald plays Claire, an upper-class high school girl who’s in detention for skipping school to go shopping. She’s oozing with white privilege and is accompanied by the rest of the so-called Breakfast Club, including a “jock,” a “rebel” and a “basket case.”  This movie is the epitome of Boomer culture. Director Hughes should be canceled for his representation of toxic masculinity and blatant misogyny.

The most problematic character, John Bender, is manipulative and sexist. He repeatedly harasses Claire, which seems to give Hughes some sick form of satisfaction. He gaslights her to the point of breakdown. “Answer the question, Claire!” he taunts her, prying into her personal life. Where are his healthy relationship boundaries? Bender also verbally and physically degrades Brian, the “geek” of the group—calling him a homophobic slur (“neo-maxi-zoom-dw**bie”). Bender glorifies abuse, not to mention his endorsement of property damage (who’s going to pay for that torn-up encyclopedia?) At the end of the movie, Claire gives Bender a diamond earring, a symbol of her Stockholm syndrome.

Allison is a particularly interesting case study of a character. Clearly inflicted with mental illness and substance abuse that the movie neglects to address, she’s ridiculed by her peers. Until, however, she’s given a “makeover” by feminine it-girl Claire. The men don’t notice her until she puts on mascara and plucks her eyebrows. This kind of heteronormative propaganda should be illegal.

The Breakfast Club has zero black, gay, genderqueer or trans actors. Even worse, cultural appropriation is clear when Claire takes out her sushi kit during lunch. Was nobody going to call her out for whitewashing? This film is painfully tone deaf. It doesn’t deserve all of the praise that it still receives today. It deserves to be condemned to a dark corner with the rest of Boomer and Gen X popular media.

Anyone who calls The Breakfast Club a “cult classic” or “must-watch” should be ashamed of themselves. Reconsider your biases. Do better. Now. John Hughes was a complete creep. Gen Z doesn’t claim this movie as a part of our woke repertoire.