Do they owe us a living? Of course they do. 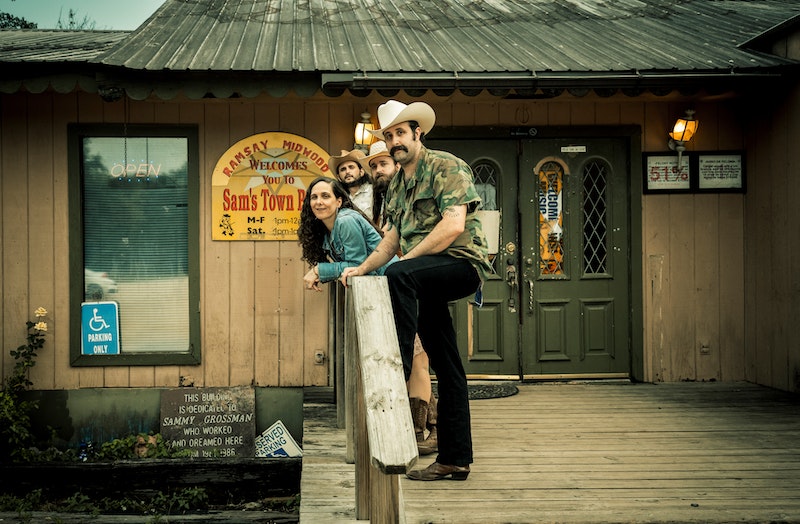 I belong to a few groups on Facebook. One of my favorites is called Punk New Age Travellers. It was there that I first heard the track “Do They Owe Us A Living” by Croy and the Boys. Astute readers will recognize the title as a Crass song, from their first album The Feeding of the 5000. The Crass version is an aural and verbal assault, lyrics delivered with machine gun rapidity over a screeching, violent guitar-and-drum track. It reeks of anger and alienation. It’s almost incomprehensible, and without the written lyrics to guide you, you’d be hard put to make any sense of it.

The Croy and the Boys version, on the other hand, is classic Country and Western, with a little Tex-Mex thrown in, complete with pedal steel guitar and accordion, a crooning voice and a lyrical bass. It’s laid back and approachable, danceable, and will slink its way into your head like a silk sheet on a Queen-size bed.

Which is what makes the anger in the lyrics even more incendiary:

Do they owe us a living? Of course they do.

Owe us a living? Of course they fucking do.

The song is 42 years old. It was written in the post-punk era of Thatcher’s Britain, in a genre that came to be known as anarcho-punk. Unlike the Sex Pistols, a manufactured band for whom anarchism was a useful marketing ploy, Crass were the real deal. They came together as an anarchist collective, and they lived their lives, and played their music, accordingly.

The lyrics reflect the raw anger of a generation dealing with the institutionalized greed of Thatcherite politics. Croy and the Boys have updated the lyrics to reflect the new conditions of our rapidly collapsing, pandemic-driven, late-capitalist world, but it’s still the same song. The band has received messages from Steve Ignorant, the original composer, and Penny Rimbaud, Crass’ drummer and ideological mentor, saying how much they enjoyed their version.

The band is from Austin, Texas, and clearly influenced by the outlaw country music of Waylon Jennings and Willie Nelson, but cover versions of Crass rants are a departure even for this notoriously rebellious musical form.

Corey “Croy” Baum, the guitarist and vocalist, explains: “I have always been a fan of Crass, their music, but especially their politics, and I felt like that song ‘Do They Owe Us a Living’ was especially timely as we were all sitting at home without access to work, watching as Washington debated whether to send us relief checks.”

The question extends beyond the immediate realities of the pandemic, he says: “This is the question behind the Fight For 15, new trade deals, automation, etc. It’s debatable whether the era of ‘work hard and get ahead’ ever existed, but it certainly doesn’t seem to exist any more. So it’s time to really start asking, doesn’t society owe us a living?”

The song gives an uncompromising answer. It appears on a six-track EP of punk covers, which includes songs by Billy Bragg and Fugazi. Listening through the EP, and then turning back to the originals to make a comparison, has given me many hours of entertainment.

I asked Croy what gave him the idea to do punk covers? “I have been living in Austin, Texas for 13 years now but I grew up in a small town in Ohio about an hour and a half south of Detroit, 20 miles south of Toledo, so both punk music and the politics surrounding deindustrialization, the dismantling of the labor movement, late capitalism etc. were all part of my experience growing up. But there was also enough rural influence for me to also grow up around a lot of country music.

“Early in the pandemic I started revisiting Crass which I hadn't listened to for years and the question being asked in ‘Do They Owe Us A Living?’ just felt more relevant than ever. I sent it to some of my friends, who all predominantly prefer country music, and I felt like the message wasn't coming across to them due to its presentation. So I started messing around with it on my acoustic guitar and came up with the version you hear on the EP. I had fun doing that so I decided to keep going and the rest of the EP came together from there.”

It’s a wonderful exercise in musical and political dialogue, as if Hank Williams had met Peter Kropotkin in a London bar during the punk era and decided to form a honky-tonk band. It reminds me of the Pogues, who brought punk sensibility to traditional Irish music. Punk was never a musical form. It was always an attitude, one that Croy and The Boys have managed to translate fluently for a Country and Western audience.

Standout tracks include a joyous cover of Billy Bragg’s prescient “Between the Wars,” a renamed version of the Dicks’ “Hate the Police” (called “Croy Hates the Police”) and a heart rending interpretation of Fugazi’s “Cashout,” whose plaintive chorus (“Everybody wants somewhere”) rings out as a powerful condemnation of the forced removal of people from their homes in the name of “development.”

I asked Croy about his politics: “My political roots are in anarchism and generalized anti-capitalist sentiment. I was turned on to Noam Chomsky and Adbusters magazine in high school and read Bakunin, Kropotkin, Emma Goldman etc. back then. After a long period of philosophical stasis (call it attempting to transition into adulthood) I have only recently gotten back into theory and am only in the last couple of years reading true political economy type of literature (Marx, David Harvey, Lenin, Lowey). So less philosophical, more political and prescriptive socialist writers. Although I've recently started working my way through some Bookchin, which is convincing me that in my heart I'm still an anarchist. But I guess the answer is, I'm anti-capitalistic and way over on the left but still on the road of discovery, not ready to tie myself down to any particular school just yet.

To which I’d answer, “Stay on that road of discovery Croy. Don’t tie yourself down.”

The EP is available here.