Jeans That Never Fade From Style

It’s fair to suggest that worn blue jeans are a claim to the experience which comes with the passage of time. 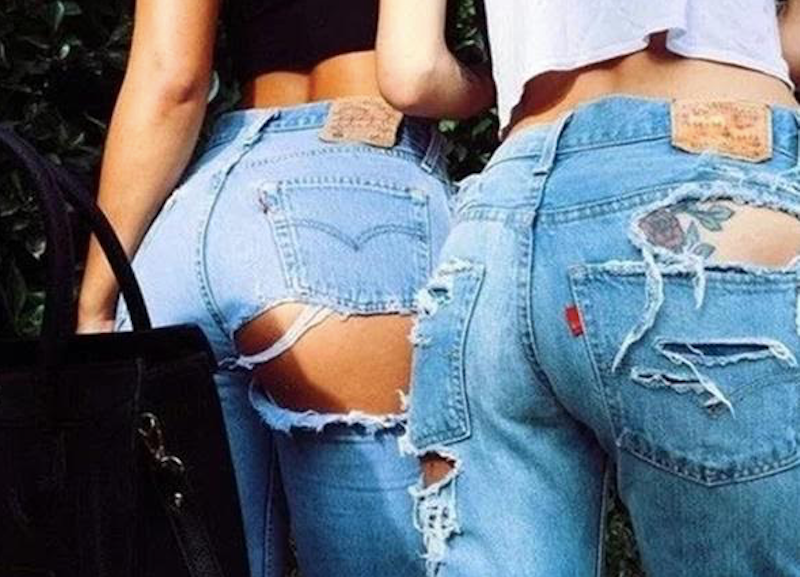 Aged jeans have been around since 1965. Michael Belluomo, editor of Sportswear International Magazine wrote that in 1965, Limbo, a boutique in New York’s East Village, was "the first retailer to wash a new pair of jeans to get a used, worn effect, and the idea became a hit." Artificially bleached blue jeans became a fixture in the 1970s. Following the course of all markets, it kept growing, evolving from bleached blue jeans to blue jeans with holes in them. Clothes make the man. What do faded jeans or jeans with holes in them, represent?

At one time, people wore jeans until they were no longer capable of being patched. Then they either threw them away or gave them to a second-hand store. The hippies in the 1960s would then buy these throwaway jeans and wear them to the point of being threadbare or covered in patches. This was an anti-consumerist statement.

Now people buy jeans to represent unavailable time and unavailable experience. One could argue that it’s simply a style decision. It’s also an admission of a longed-for yet unlived real life. A life that they’ll most likely never lead. Artificially-aged jeans reflect the self-consciousness of this unavailability. People, particularly the young, hope to have real experience. They crave, as they should, authentic experience; that is, they crave the desire to call life their own. However, this is denied to them and in the place of actual life, products are supplied which are supposed to fill the need for real life. To buy faded, stone-washed or jeans with holes in them represents the abandonment to the possibility of real experience.

No one who had to watch their budget would buy worn clothes; they’d get durable clothes; blue jeans are a good example. This durability is another kind of fashion statement. It’s the statement of dealing with the concerns of daily life in a direct and honest way. No cowboy would purposely buy aged jeans. He’d think you were crazy to do so.

It’s symptomatic that the modern style of faded, stone-washed or hole-filled jeans is an industrial representation of time. It’s not unlike gazing at life from a distance. Wearing jeans of this type is to express a sympathy for existence, a nostalgia for existence—but not to live. A final observation: if stone-washed and faded jeans express the desire for a lived life, then jeans with holes in them express a nostalgia for poverty. Again, it’s a search for legitimate experience in a world where that’s difficult.