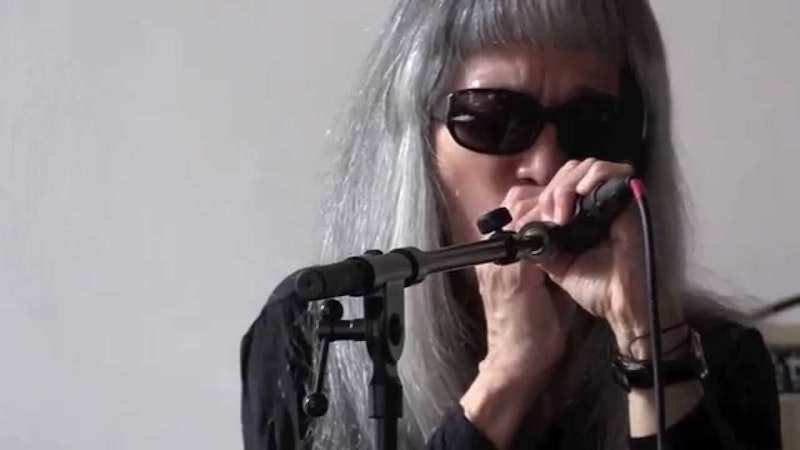 Cecil Taylor: So right now I'm in a very high state—and this is very interesting since I haven't smoked a cigarette in over a week and I don't know what's happening to me—and I'm feeling extraordinary about all of this.

Keiji Haino: This is top secret, but all of my band members have long hair.

Taylor: And they know when bullshit is happening. Down on Mercer Street.

Haino: Probably. [Laughs, pausing] Do you want to hear something interesting?

Haino: You should set something up. We like each other a lot, so anything can happen.

Haino: There's no other way to say it. I want to start from zero.

Taylor: It is about the amorphous, and you are at best merely a vessel.

Haino: I grew up just after that, but the mentality still remained.

Taylor: It looks like a huge piece of sculpture.

Haino: But if you then do this [hits the table softly] nobody notices it.

Taylor: And nothing has happened since, with the exception of those young adults who died at Kent State, those young people who forced this country to stop the Vietnamese massacre.

Haino: I thought that those people would appear in the film, but the director said from the start that he wanted to focus on me—so much so that he wouldn't let other people appear.