Bennington Has Something to Do

Even if he contributes nothing to society or our family. 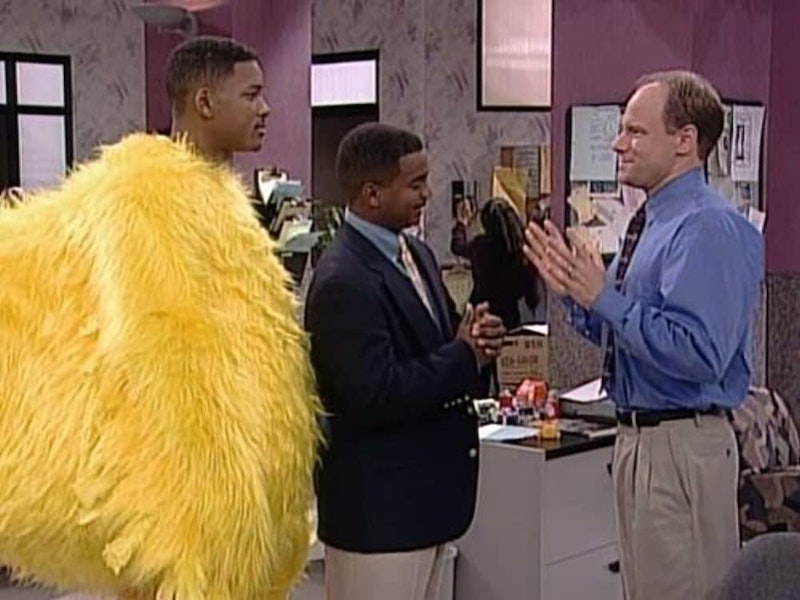 Our cabin has cable. We watch television in our home sometimes, when a sterling program such as The Blacklist or Sex and the City happens to be on (we don’t stream, we play with chance), or when there’s a breaking news event, like the Balloon Boy or the assassination of Benazir Bhutto. We enjoy watching world events, because we’re far away from everything—the only sign of civilization near us is Dockside Donuts and the Yacht Club, and even they can get a little bit too nice with it sometimes. By that I mean they’re rude. But it’s okay, we’re “chickens.” We’re not supposed to be treated like “normal people.”

I may be a flightless beard, but I can write, and I have a voice, and I resent it being drowned out by all the talk and takes on Will Smith slapping Chris Rock. Who cares? Actually it’s pretty exciting and insane, very interesting to, a man who worked for over three decades micromanaging his career and image, turning down multiple iconic film roles such as Neo in The Matrix and Django in Django Unchained, about to win his first Oscar, only to spoil it with an embarrassing act of unravelling. No one will see this man the same way again, only because he plays “nice people” and is a very public “nice person.” This was completely out of character and frankly, showed more emotion than any of his performances.

But I digress, because this isn’t me, it’s Bennington, and I’ve hijacked Rooster Cunt’s column (Kidding.)

Rooster back, Bennington vandalized my laptop but I’m going to leave what he wrote as an experiment in the vein of Burroughs and Gaddis. As I was saying, to “suffer from alopecia” merely means being bummed about being bald. Not insignificant, but hardly a “medical condition.” Enough about the Smiths, I’m sick of hearing about celebrity gossip, blind items, and “incidents” involving famous people who aren’t politicians or gun runners. “Bennington, for the last time, unless Idi Amin rises from the grave, I don’t want to hear what this one or that one said.” Not even Obama?, he replied with a hangbird look. “Not even Obama.” He told me I was rather rude and “quite frankly” (he picks up on my phrases…) “racist,” even “bigoted.” He’s one to talk. I remember when we were in Mexico in 1986 and he refused to touch the hand of a señorita serving us dinner. “The culture is different down here, it’s actually offensive if you respect them.” What? “Yeah, it’s impolite to not be rude in Mexico. Trust me.”

I didn’t. And we spent a week in jail. We only escaped because we lost enough weight by the last day to clear the bars and “fly” (hop) away. Mexican prisons are easy to escape from if you’re a flightless bird. Monica told Bennington to turn down The Today Show and stop talking and thinking about the incident at the Oscars. “Just forget about it,” she said, and he hung his head and sulked up to his closet. He has the attic, but he likes his closet. Monica turned to me as he left. “Now we can watch Sex and the City without being bothered.” I sighed. “Oh my god, Monica, again? No. No. I’m not doing it. We’ve seen the entire series seven times at least and I never liked it to begin wi—” She pulled a gun on me. Monica, my wife, pulled a gun on me. “We’re watching Samantha and the girls,” she told me through gritted teeth as she rubbed the barrel against my ribs. “NOW!”

We have fun. And we had fun that night. That Samantha, oh…! She’s sooo crazy. Yeah… love the show… really great… love it… Big fan yeah… can’t wait to start again Tomorrow… ugh…