Things Looming Over You 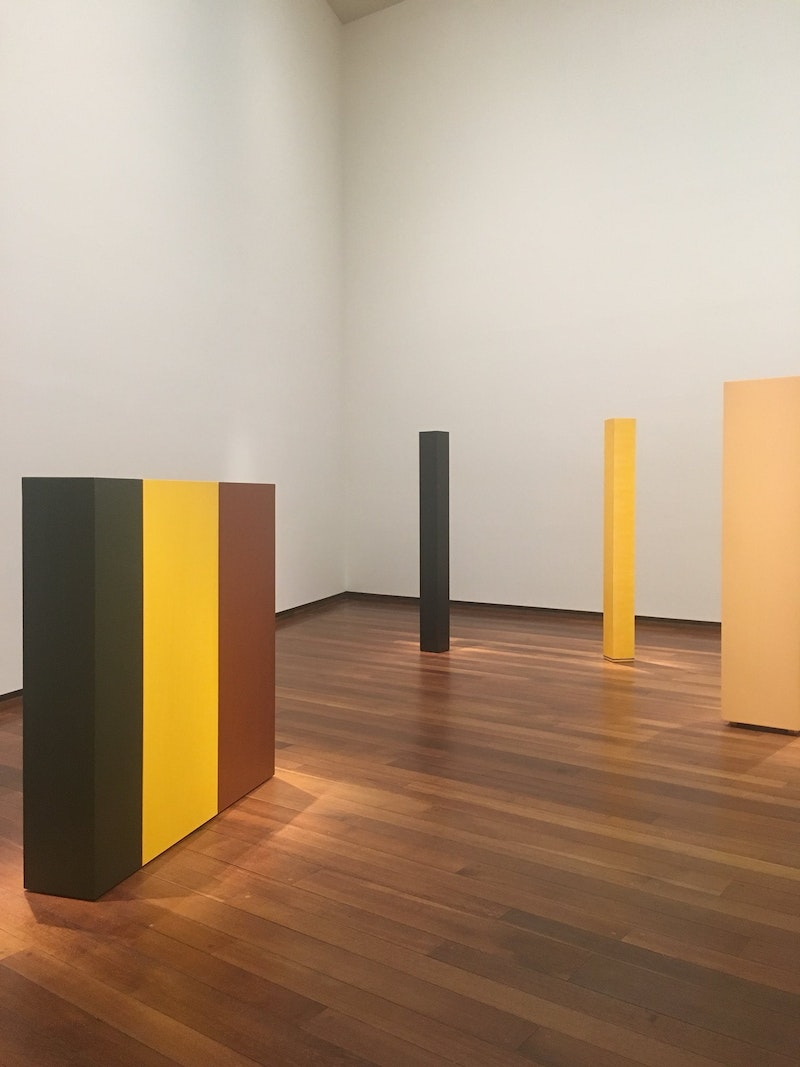 Anne Truitt: On the eastern shore of Maryland, the sky seems to be uniform, more or less. It’s not a place of clouds. It’s a place where the molecular—the osmotic—everything, all the color is held up in osmosis in the moisture, but it’s not cloudy.

John Ashbery: Although you cannot follow the patterns of these clashes, what is precisely interesting in the music is the way in which the voices bounce off each other and illuminate each other momentarily.

Truitt: Plus the ground-gripper shoes, the orange juice, the brown bread.

Ashbery: What I want to do is illuminate the ways in which we are private individuals who are, perhaps, capable of breaking through that.

Truitt: You cut the figure and set it free inside the block of clay.

Ashbery: It depends on the individual. Why put forth a useless effort?

Truitt:  It doesn’t cost you anything, does it?

Ashbery: I discovered later on that wasn't true.

Ashbery: The moment of the shutter clicking is invented also. My reaction is always that I have suffered too, like everybody else, so why don't we forget about it and get down to business?

Truitt: I’ve described it in my book, so I won’t dwell on it. But the idea was to save money for the Navy and also save the student, because…

Ashbery: But there’s a limit to how much one can do.

Truitt: My mother used to read to us every night on that little sofa you’re sitting on.