Re-runs of The Love Boat are preferable. 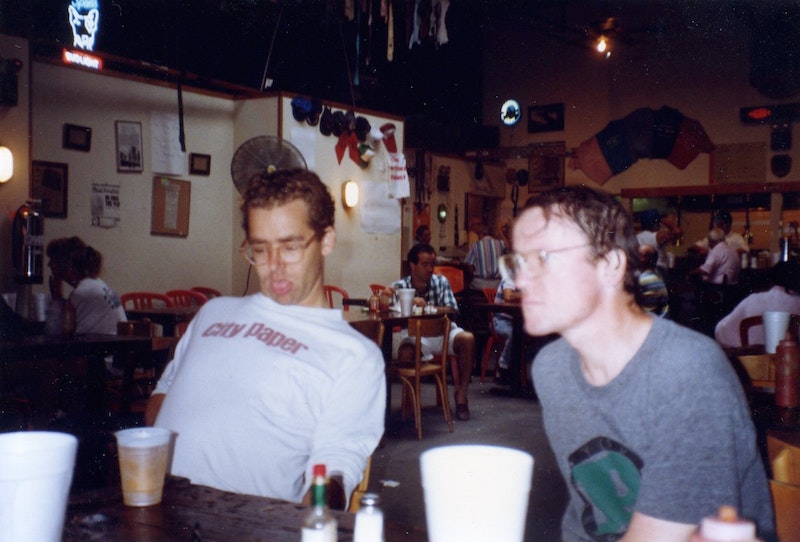 Recently, my old friend Taki wrote acerbically, and accurately, about the silly—but apparently popular—sitcom-disguised-as-“prestige”-drama Succession, which airs on HBO. The “High Life” columnist for The Spectator quickly dispenses with the idea that the show is anywhere close to a realistic depiction of the Murdoch family, and then writes: “Everything is a cliché in this series: the plot, the characters and the actors off stage going about their humble origins. Having said that, I plan to watch every episode because it’s like reading a Mickey Spillane novel when in boarding school.”

I’ve also watched every episode (and didn’t need to attend boarding school), though with waning interest. (I wrote about Succession’s second season, and the equally silly Billions two years ago. Season three, at least so far, is the weakest: you can tell by the bored performance by Kieran Culkin, who plays Roman, a son of Logan Roy (Brian Cox), the elderly chief of media conglomerate Waystar Royco. Culkin, in the first two seasons zipped up the show with one-liners, sometimes goofy, sometimes ribald, in contrast with heir-apparent-in-his-own-mind brother Kendall (the bad actor Jeremy Strong), whose clumsy, and sometimes drug-fueled machinations are hard to believe, even for a TV series that aims to please the media and the “eat-the-rich” goons that sometimes congregate in public places. Culkin’s given nothing to do this year, with less camera time and no jokes. He looks bored: perhaps he’ll be murdered in this season’s finale.

The less said about older brother Connor (Alan Ruck, Ferris Bueller’s patsy friend 35 years ago), Matthew Macfayden (a great British actor who must’ve needed a cash infusion) as cuckolded husband of Logan’s ineffectual daughter Shiv (a so-so Sarah Snook) and Logan’s bumbling nephew Greg (Nicholas Braun), the better. Like many, I assumed Greg was a Trojan Horse and would end up as the compromise CEO; that twist is gone, the guy’s just a dope (could be writer/empresario Jesse Armstrong, zig-zagging from one incoherent plot to the next, threw Greg in the trash). At least in the current season’s fourth episode, Adrien Brody has a sizable role as a burned Waystar Royco investor courted by the warring Logan and Kendall, and his presence simply underscores how weak the rest of the cast is.

In keeping with the bad writing of Succession, The New York Times’ James Poniewozik, representative of Succession’s desired demographic, tried some one-upmanship in a preview of the new season. He writes of the “scabrously funny” show: “[The] chilling language gets to a core theme of “Succession”: that today’s very rich have become more different from you and me than F. Scott Fitzgerald could have dreamed. The Roys, and the handful of hyper-rich that they move among, are not simply a breed apart from us. They have become another species.” In reality—and let’s just say that it’s a sign of today’s editor-less media that the tired Fitzgerald reference wasn’t deleted—the Roys, aside from the helicopters and expensive homes in New York City and Long Island, are pretty similar to a lot of Americans, regardless of economic class, in that they’re glued to their phones, have no attention span, are slaves to social media and speak in clichés.

The critic concludes, ludicrously: “[“Succession” is] both an addictive spectator sport and one of TV’s great horror stories. We… can enjoy it knowing that we have no stake, except for the tiny fact that people like the Roys run the world. And we can take comfort in the certainty that whoever wins out in this Greek drama—whoever, in Roman’s words, ends up ‘climbing Mount Olympus to be the new Dr. Zeus’—will at least have the decency not to enjoy it.”

Not every TV show—or political debacle in Washington—is a “Greek drama” or Shakespearean. Succession is a formulaic series that draws from similar programs lampooning the rich in the 1980s.

Unlike legitimately “prestige” TV—I’m thinking of Unforgotten, Baptiste, The Hour, Grantchester, Silk, Line of Duty and Mare of Easttown (a compelling whodunit, with a marvelous starring role from Kate Winslet; and better than the similarly-themed American Rust, which meandered, despite the presence of Maura Tierney and Jeff Daniels, and ended last week with a thud)—you don’t really have to pay attention to Succession to get the gist. By the 15th time—usually in the first 10 minutes—several characters say, “Fuck off, cunt,” or “I’ll cut off your dick and shove it up your ass” you can go on autopilot.

That’s what happened on Sunday night when I watched the fourth episode; aside from the Brody scenes, and his snaky dialogue, I drifted in and out, thinking about the possibility of a Major League Baseball strike; the ongoing absurdity of daily polling about the 2024 presidential election and next year’s midterms; and the sort-of surprise that President Sippy Cup’s infrastructure bill was passed by the House, a boondoggle (what else is new) that may or may not repair bridges and train tunnels in 20 years, larded with giveaways for Beltway insiders that could one day be a prime example of the graft and corruption in government (if exhaustively researched political science books are still read, or even written).

At one point, I was looking at Twitter on my phone (just like a Roy!) and saw the fine writer Walter Kirn gush about Glen Campbell’s 1968 hit “Wichita Lineman,” which he said, “felt like an allegory for the lovesick loneliness of soldiers far from home. It cut your heart out, but in style.”

I responded that I thought that was a revisionist view, sort of like lounge singer Tony Bennett’s continuing veneration, and that while “Wichita Lineman” was a catchy tune (although those strings are horrific), it wasn’t a cultural “lodestar,” at least back then. That response resulted in a to-and-fro with several Twitter users, some agreeing with me, some with Kirn, and one fellow—who gleaned information about the 1960s from his grandfather— said that Woodstock was a non-event in 1969 and had only gained purchase in succeeding decades. He continued that “Buick workers” didn’t listen to rock ‘n’ roll, and that the “counterculture” didn’t really have any impact. That’s wrong on several levels. Young men working in auto plants—at least in the Rust Belt, the Northeast and California—definitely tuned into the Stones, Led Zeppelin and the Doors, for example. And if you want to see how mainstream the “counterculture” became, take a look at any high school yearbook from 1971 on. Almost all the guys have very long hair.

Anyway, it was polite music talk. It was fun, a lot more than Logan Roy kibbitzing with advisers about how to screw his kids, and Shiv moving aimlessly from one penthouse to the next. On second thought, instead of Roman getting snuffed for Succession’s finale, maybe he’ll shiv Shiv. That’d partially redeem this stupid show.