To Be the Bully 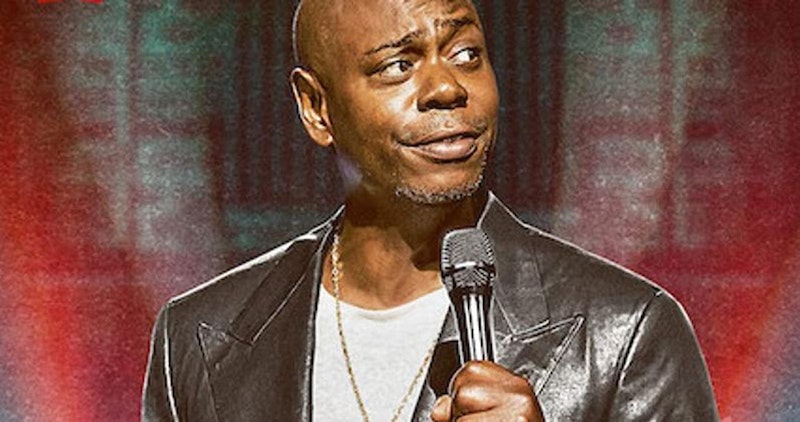 One of the most unexpected cultural phenomenon that occurred during the pandemic is the return of Dave Chappelle. For 10 years, the public’s waited for this moment. Everyone loved The Chappelle Show, which, like South Park, “made fun of everyone.” No one was safe in Chappelle's eyes.

After turning down $50 million for a third season, Chappelle went into isolation, avoiding the public eye. Theories and rumors emerged, that Chappelle was in a mental institution, on drugs, etc. No one considered the more obvious reality: that Chappelle just didn't feel like performing. When he returned, Chappelle fans went ballistic. The first couple of specials were reassuring, comfortable, and exciting. The greatest comedian in the world is back! And he's still funny!

But the more Chappelle assimilated back into the public's eye, the more his troubling views were exposed, thus the more he was criticized for the same edginess that once lifted him to household status. In 2021, using homophobic or misogynistic terminology is risky. But he's honest, brutally so, and for that we accept him, trust him, confide in him. His special 8:46 on the murder of George Floyd is one of the most important and unique stand-up specials I've seen. If only he quit while still on top.

Over time, something shifted. As he was correctly criticized by the trans community for his self-admitted transphobia, Chappelle's comedy turned from hilarious observations to relentless ramblings of an old man attacking marginalized groups for no good reason. His newest special The Closer didn't feel like comedy designed to make people laugh, or even think. The Closer had a different agenda. Chappelle was on defense. He spoke about his friend Daphne Dorman, a transgender comedian, who took her own life. He expressed his belief that she was bullied on Twitter by the transgender community for speaking up to Chappelle, which contributed to her taking her own life.

But suicide’s a complex issue. I'm not saying Chappelle is responsible for Dorman's death. I'm simply stating a lot of factors comprise mental illness. A life of battling PTSD from childhood trauma, mixed with mental illness is no fruitful combination. Chappelle's stance is even more harmful, since his audience is wide, and his words hold power.

Still, it's Dave Chappelle. The man’s naturally funny. I laughed during the more light-hearted moments of the special, yet the negativity of his subject matter subdued my laughter to guilty moans and made me think: why does he continually attack the transgender community? Why can't he write jokes about other subjects? It's almost an obsession at this point, in the same way Lenny Bruce's obsession became bigger than the comedy he was defending. I believe in self-expression, and am anti-censorship, but sometimes it's best to just keep certain opinions to yourself. Chappelle completely discredits himself when he admits he's transphobic, and confessing that he is “Team TERF” like JK Rowling. Is Chappelle attempting to normalize transphobia? What's his end game? To fight against cancel culture? To make trans people feel bad? I respect honesty, but when it's used to bring people down, that's when my respect is lost. It’s a silly, stubborn battle between Chappelle and the media. Why not just write new material?

What is comedy's purpose in modern society? Let's rid the world of all the Dennis Millers, the Bill Mahers, the Joe Rogans, and all the other hacks. The true comedy greats are those who spread positivity rather than “punch down” on marginalized communities. It's so easy to attack the vulnerable, and so difficult to inspire and motivate. Chappelle makes some solid points on race, but why not find a clever way to do so without spitting on a group of marginalized people? Maybe it's just easier to pick on the vulnerable group, to be the bully. Maybe Chappelle isn't as enlightened and grandiose as we all believed. I grew up on Chappelle’s show. At my school, “I'm Rick James, Bitch!” was as common as “Hello, how are you?” Chappelle’s regression is sad to watch.