My ambivalent feelings about the Grateful Dead. 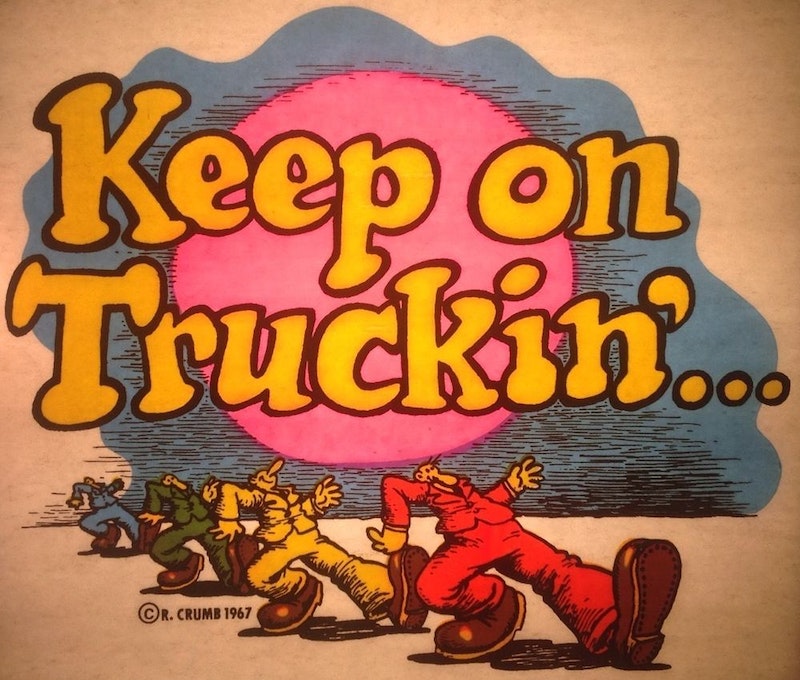 Fifty years ago last month, the Grateful Dead’s Workingman’s Dead was released and for hundreds of thousands of teens and young adults—but not me, at least in a major way—a new culture was born. (The Dead were legendary in San Francisco—mostly—since the mid-1960s, but the shift from psychedelic to softer, lyric-driven country rock on Workingman’s Dead, and later in the year American Beauty, soon mushroomed into the “Deadhead” phenomenon that continued until unofficial leader Jerry Garcia’s death in 1995.) As is the custom today, half-century anniversaries of famous records are commemorated by multi-disc, re-mastered, bonus-laden CD sets that people my age buy. I did, and while some songs don’t hold up—“Casey Jones” and “High Time” have suffered—it was a lot of fun listening to the three discs (two unreleased live sets from the Capitol Theater on February 21, 1971) almost non-stop for a week. You inevitably get lost in the memories, personal and general, of an era though memorialized incessantly, even while it was still happening, that helped shape the future of 15-year-olds like my friends and me.

It’s not my intention to mislead: while the Dead back then weren’t my favorite group by a long stretch, Workingman’s Dead and American Beauty, both of which I owned, were significant. In fact, I’d say that the kick-off song “Uncle John’s Band” was the song for the summer of 1970. (Especially since Neil Young’s third solo record After the Gold Rush was a severe disappointment.) Robert Hunter’s lyrics, in retrospect, are a little squirrely, but from the acoustic opening, I was hooked. There was more than one occasion, those days before 10th grade began at Huntington High School, that friends and I sat outside in the heat, badly singing the song, passing joints and jug wine and having a ball.

In September, my English teacher, probably 23 or 24, was about as hip as allowed in school—paisley ties, goatee, on occasion “casual” slacks—and one of our first projects was “Pop Music as Poetry.” I chose “Uncle John’s Band,” and though I mangled the lyrics—it wasn’t so easy to transcribe from the record—it was a hit. The Sophomore class president—typically for 1970, a hippie with a head of curly hair that rivaled Eric Clapton’s, who won the election by promising “power to the people,” which, at the assembly was met with raised “Right On” fists—was grooving as the record played, lost in thought, and Mr. Leonard interrupted his reverie, saying, “Mr. Blithefield, are you still with us?” Jerry perked up, and with a winner’s smile, simply said, “Sorry, I was harmonizing with the Dead in my head.” A Deadhead.

American Beauty, released that November, was even better, with the majestic “Box of Rain,” “Friend of the Devil” and “Truckin’” the standout tracks for me. The live cuts on this 50th anniversary box set, though not released, hold no revelations, since there have been about 1,000 official and unofficial live Dead recordings. Still, Bobby Weir’s vocal on the John Phillips’ tune “Me and My Uncle” still slays, as does “Playing in the Band,” “Bertha,” and “I Know You Rider.” Their renditions of “Mama Tried,” “Good Lovin’” and “Me and Bobby McGee” are perfunctory.

Almost two years later, in early-June of 1972, I recall my first feeling that this Dead adulation was getting too rich and gooey. (That follows below.) My junior year was concluding, and, as my parents had moved to Lawrence, New Jersey (where I’d attend 12th grade), my brother Gary and I had the run of our house—sold for $19,000 but not occupied by the new owners until that July—so I could complete the school year. We had a blast: our parents, feeling flush for some reason, gave Gary ample spending money for food, which we used mostly for fast food (Burger King, Bob’s Big Boy, Southdown Pizza, Village Pizza, Kentucky Fried Chicken and so on), and since I had just a few New York State Regents tests to take, there was plenty of time to goof around. Plus, every other day Gary let me drive our Dodge station wagon to school, and I’d pick up a few friends on the way, wake ‘n’ bake, and saunter in at any old time.

One enduring memory of that short period was going over to the house of Gary’s buddy, and smoking some really strong weed, while getting lost in the noodlings on Traffic’s “The Low Spark of High Heeled Boys.” One day, Bobby Walton, whom I’d known since kindergarten, made me split a gut while we were outside on the hill behind the high school. In all seriousness, he warned of rumored canaries among our ranks. “No shit, man, they can nail you just for ‘intention to smoke.’”

Anyhow, one morning I parked the car and saw a bunch of kids milling about outside. One of them, a second-banana friend of a guy I didn’t like much—probably because he’d won the affection of a girl who gave me the “let’s just be friends” devastating line six months earlier—was “truckin’” like the Do-Dah man, in that exaggerated R. Crumb loopy walk where you’d take giant steps with one leg and then the other, a signifier that you got the Dead. I still liked the music, but as the years went on and the original never-ending tour attracted thousands of young adults (apparently school or employment wasn’t an issue) to follow the Dead from city to city, it got irritating. Was I a snob? Oh, probably, but it wouldn’t be the first or last time. As the decades wore on—until Garcia’s death—the term “Deadhead” was a source for either derision or joy, and I fell into the former camp.

But in the early-90s, when it was revealed in a business magazine, Forbes, I think, back when it was a real publication, that contrary to the band’s eternal hippie image, every dollar from their tours, merchandise and record sales were accounted for—a corporation!—that was cause for newfound respect. I’m a mellow fellow now, quite rightly, and am looking forward to the 50th anniversary box set of American Beauty.