I'm not sure what will happen next on HBO's Perry Mason. But I don't care. 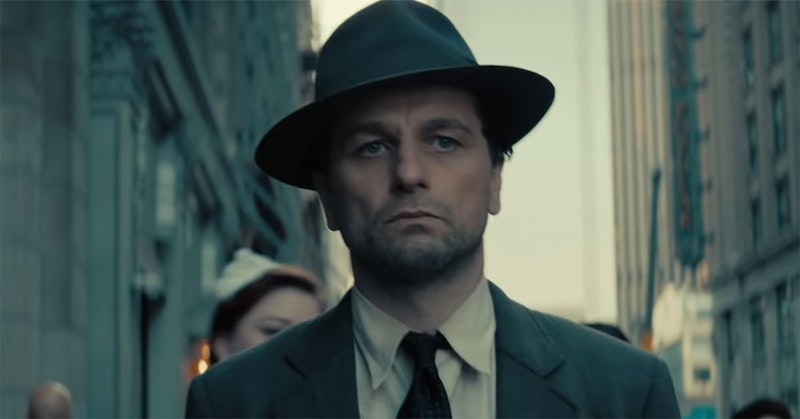 As the credits rolled for the third episode of HBO’s Perry Mason, I was impressed. The plot had progressed, aided by intricate writing and smooth, professional performances from the cast. The detail paid to the set and costume design created a believable version of 1932 Los Angeles. It was capped off by a beautiful shot. I wasn’t sure what would happen next. But I didn’t care.

This is the third iteration of the defense attorney in the form of a television series. There have been 30 made-for-TV films. Six feature films were released in the 1930s, and a radio series ran for 11 years. All of these are based on the 82-novel series, written by Earl Stanley Gardner.

HBO chose to ignore the previous television adaptations and set the series prior to Gardner’s first novel. Mason is not yet an attorney. Instead, he’s an alcoholic WWI veteran, left by his wife, who cares for their son by herself. Mason slinks around town and uses his eye for detail to get beat up, shot at, and kicked out of almost every house he enters. Mason’s a snide troublemaker, but he’s a tough guy who tries to do the right thing.

Each episode is a showcase of clichés.

Mason (Matthew Rhys) is an investigator employed by defense attorney E.B. Jonathan (John Lithgow). He and his partner (Shea Whigham) are sent to aid in the investigation of a horrific kidnapping turned murder of a one-year-old boy. The boy’s parents (Gayle Rankin, Nate Corddry) seem wary of Mason, and avoid him with the aid of powerful local religious leader Sister Alice McKeegan (Tatiana Maslany).

Translation: Something stinks, the whole city might be in on it, and Mason’s the guy to sniff it out. I’m willing to take a wild guess and say that Mason might get into more trouble along the way.

All of the actors thrive in their roles, but these are characters we’ve seen countless times. They try their best with what they have. In particular Lithgow and Maslany shine, while Rhys gives an impressive, understated performance throughout. Lithgow brings an elder wisdom to his role, as we see a man perhaps realizing he’s past his prime. Maslany shows the power of religion at the time, as a preacher of sorts who’s worshipped by the community but receives injections of an unknown drug with heavy narcotic effects.

Rhys is given a difficult task. He’s been asked to play a character from the 1930s, that we’ve seen portrayed in nearly every medium, to 2020, yet somehow bring something new to the table. He takes the detective archetype and tones it down. Mason is brash, but not arrogant. In the series’ first episode we see Mason double-crossed by an employer, who assaults him, and pays him a small fraction of their agreed price.

Mason doesn’t come up with a scheme to break in at night and get the money back, he doesn’t dig up dirt on the employer to try and blackmail him. He simply loses. When he stumbles back to his partner, he openly admits he over-shot it.

HBO brings self-awareness to the investigator, and Rhys wears it well. Mason’s aware of his flaws and doesn’t always have a quip up his sleeve. His name isn’t held in high regard around town. Rumors call him everything from a homosexual to a murderer.

The corrupt city is handled with professionalism as well. Los Angeles seems either eerily bright or dark. The corrupt police officers and district attorney give a sense of how rampant this corruption is. These characters grandstand often, and we’re convinced that they are seen as pillars in the community at large.

If someone had asked me a year ago what a Perry Mason origin story on HBO would look like, this is exactly what I would’ve imagined. HBO no doubt spent millions on the show, so there must’ve been some people eagerly awaiting it. I hope that this cliché dressed up as a sharp drama gives them what they were looking for.