Who Wants to Be a Millionaire?

Shattered glass discourse continues as Month Five of the lockdown begins next week. 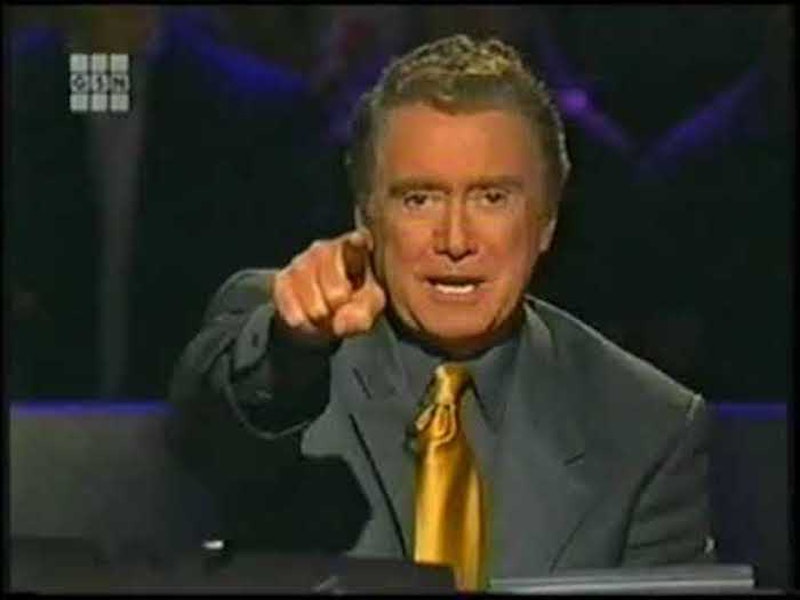 "Well, I didn’t see the tear gas, there seems to be tear gas in the area.” Attorney General Bill Barr testified before the House Judiciary Committee yesterday, and that priceless line came after Representative David Cicilline (D-RI) hammered him over video of a former Navy Seal being beaten by secret police in Portland. More videos followed of peaceful protests, so peaceful they’ve synchronized singing and organized phone waving. Cicilline got very worked up, hammering Barr over and over about the obscenity of this violence and the reason for the protests in the first place: “BLACK LIVES MATTER!” And he lost the thread, despite being right.

Because there’s no issue or social cause that can rise above a pandemic. What’s happening now is not widespread dismissal of the protests in the wake of George Floyd’s murder, but a discourse of shattered glass where very few people can reach each other. As we head into the fifth month of pandemic lockdown in the United States, the long view is becoming increasingly clear: at least another year. People, stuck at home, are powerless to do much else besides “cancel” Andrei Tarkovsky, or argue about Pitchfork’s misogyny. At least on my corner of the Internet. A mass uprising and an unprecedented pandemic that more and more appears to be manmade can’t coexist in “current events,” they are both “main events,” and their confluence has only compounded the psychic fracturing of our country.

I’m concerned about COVID-19’s lasting cardiovascular damage: Red Sox pitcher Eduardo Rodriguez, 27, had the virus and has not recovered fully. Now he has myocarditis and an inflamed heart. Rodriguez is my age—I don’t like this news. There isn’t very much you can do with myocarditis, and you certainly can’t pitch. When Rodriguez was sick, he felt like he “was 100 years old. My body was tired all the time. Throwing up. Headaches. Like I said, all the symptoms.”

And Regis Philbin lived to 88. I loved him. The American incarnation of Who Wants to Be a Millionaire? was an essential Millennium program: fill out some forms, study with a Jeopardy! reject, get flown to New York and sit in the ring with Regis and sweat over six, seven figures. “Who wants to be a millionaire?” is a good question. Everyone, yes? Maybe in 10 years, if Aimee Terese’s theory of “mass lumpenization” comes to pass and society is stratified between the ultra rich and the Untouchables, there will be an amusing “adorkable” sitcom on Quibi called “Who Wants to Be a Millionaire?” about how much of a drag being rich is, and how really it’s nothing to wish or fight for.

Who hasn’t, in a moment of delirium or total clarity, related to Kanye West’s classic airplane complaint about “being responsible for this free bottle of water”?

The dissonance and insanity of social media since the end of May started because pop culture stopped. There’s nothing frivolous to talk about anymore. Even Elon Musk and Grimes, a modern day Kurt and Courtney, just impossibly lame, look pathetic. These are losers, not evil billionaires and dastardly pop stars. They’re idiots arguing in public. There’s no pop culture right now: no film or television production, no live music, no comedy, nothing to get mad, sad, or happy about. It’s all grave and serious. Pop culture and politics have finally merged into the infotainment predicted by Budd Schulberg, Paddy Chayefsky, and Hideo Kojima.

There was talk of this merger years ago, but it wasn’t real: the “Dean Scream” and Janet Jackson’s “wardrobe malfunction” at the Super Bowl, incidents that occurred within weeks of each other in 2004, were scheduled programming. They weren’t staged, but the media could quickly hang a frame on it and be set for the week, maybe even the month. Now that “everyone” can participate, the signal to noise ratio is completely off kilter and no one can get through, and what comes out is garbled and approaching nonsensical. Yell at Bill Barr all you want, but don’t get sidetracked when you have him in your grasp. Cicilline’s histrionic display was just that, along with Alexandria Ocasio-Cortez’s self-aggrandizing floor speech about being called a “fucking bitch” by a fellow Congressperson.

Are leaders imitating the public or vice versa? The reality we’re in right now increasingly feels like a fun house but with no way out, and very little in the way of fun. Well, I suppose an accelerated heart rate due to “long covid” could be considered “exciting.” I mean, it technically is.