Innocence Was Not a Good Thing at National Lampoon

A look at an institution's decline. 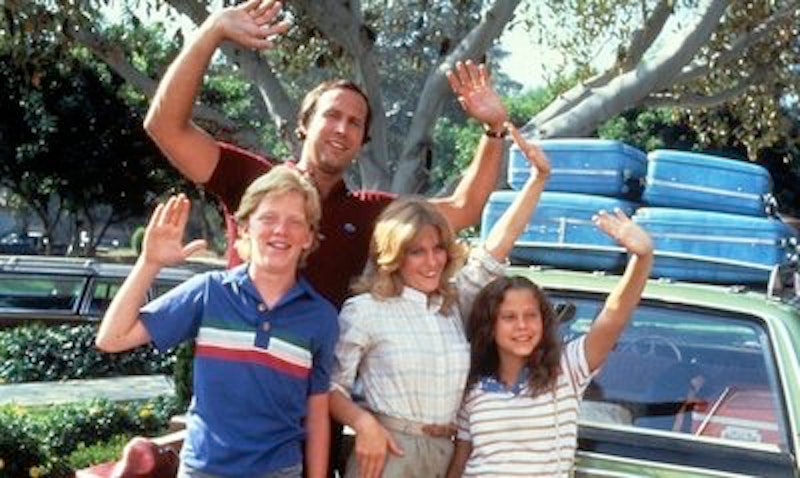 National Lampoon is now no more than a skidmark on the fabric of American culture. Its last claim to fame was National Lampoon's Vacation, from 1983. Sadly, the remake that just came out is called Vacation, only Vacation, with the magazine nowhere in sight. So now even the Griswolds are a cut above their old sponsor.

There's a joke where somebody says this or that long-established thing (an art form, a British humor magazine, a film industry) “is not what it was,” and the other person says “And it never was what it was.” National Lampoon doesn't work for that joke. The magazine was something pretty great, and then it became very stupid and stayed that way until people stopped noticing it was there. The changeover may have been in 1975 or 1977 or 1980, since the water mounted a bit before things tipped. But Lampoon's after is very different from its before. A magazine that was conspicuously smarter and more inventive than most became a place where John Hughes could publish a lot of stories, and then one where the contributors wished they could be John Hughes, and then one where they stopped wishing. If that sentence doesn't make sense to you, John Hughes is the man who wrote National Lampoon's Vacation. He had gifts, but he targeted 14-year-old kids.

The original National Lampoon aimed at taking over the world of grown-ups. The staff wanted to show that some recent college grads could outperform the adults, that they could write better, run a more successful magazine, know more about philosophers and fancy French writers, and better understand the adult world's nasty underlying rules. Or that was the idea anyway, and the magazine came close enough. Look at issues from 1970 to 1975 (or 1977 or 1980) and you'll find pieces here and there that turn your wig around.

One that stays with me is a New York Times front page from a world where John Kennedy had never been assassinated. The jokes involved I. M. Pei, Senate hearings on Vietnam, and the way the Times would describe ex-President Kennedy: “Suntanned and wearing dark glasses, Mr. Kennedy smiled at onlookers but did not approach them,” or words to that effect. The page looked just like the Times and sounded like it, but John Kennedy was attending a Harvard ground-breaking ceremony in 1972. At first it was hard to know what you had stumbled on. That has never been said about John Hughes' National Lampoon work.

The humorist P.J. O'Rourke, who used to edit Lampoon, recently voiced his disdain for the “obvious, pitiful, frenetic, stupid raunchiness ”of the new Vacation movie." He prefers the “obvious, pitiful, frenetic, stupid innocence” of the old one. But in National Lampoon's history, innocence is not a good thing. There was none in any of the articles or columns or photo features that the magazine ran when the smart crew was in charge. (The article about the ground-breaking mentions that Kennedy is there with “a companion.” He's divorced.) Innocence arrived when the magazine stopped showing off for smart-ass college kids and began pandering to boys in early adolescence. It turned out that the world was a simple place, and its organizing principle was that dumb things always got between adolescent boys and what they wanted. Deal with those dumb things and a lot of noisy, stain-producing happiness was the result. This view counts as innocence if you like the person expressing the view, as O'Rourke liked Hughes. But pretty soon you're dealing with National Lampoon's Bare Asses.

Many horrible, unsuccessful movies have been made because producers thought National Lampoon's name and some big tits would get kids to buy tickets or rent DVDs. The process wasn't kicked off by National Lampoon's Vacation but by National Lampoon's Animal House, which came out four years before the Hughes movie and is a lot more ambitious. Those smart-ass college kids—a lot of them college grads by the time the movie came out—liked seeing tits, but they could appreciate comedy about the coming of the 60s and the end of America's alleged innocence. Animal House had the package. Vacation dropped the satire and replaced the tits with fart jokes, and the movies that came after (National Lampoon's Cattle Call, National Lampoon's Bunk Buddies, etc.) kept the fart jokes and brought back the tits. By 1987 nobody cared very much.

Animal House was the child of National Lampoon's absolute first generation. Founder Doug Kenney and early stalwart Chris Miller worked their Lampoon stories and comic books into a screenplay. National Lampoon's Vacation is a product of Lampoon's first and a half generation, after Kenney had left for Hollywood but before Lampoon's remaining old hands had fled the building. O'Rourke was in charge for a couple of those years, and that was when John Hughes began appearing in the magazine. O'Rourke played his part in bringing about a big-bucks movie franchise, since a number of Vacation movies did good business in the 80s. That's certainly better than hatching Cattle Call and the rest. But there's no point to him sneering at Vacation, just plain Vacation. Like the original, it's respectably budgeted and has a decent cast. The drop between National Lampoon's Vacation and this one is a lot smaller than the drop between pre-Hughes Lampoon and any Vacation film at all.