The fact that Kindler is a hypocrite makes his behavior even more deplorable. 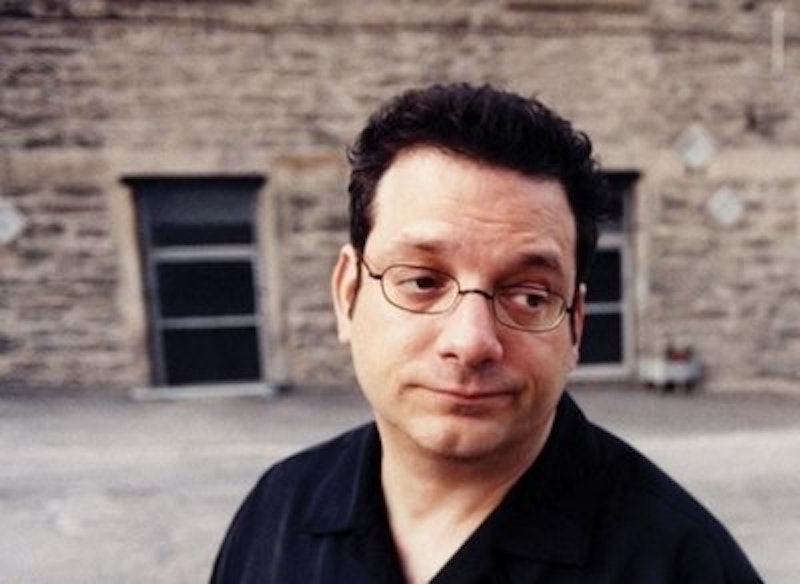 Every year comedian Andy Kindler gets a platform to dump on other more successful and funnier members of the comic community when he gives the "State of the Industry" address at Montreal's Just For Laughs comedy festival, a major industry event attended by agents, comedians and producers. As he’s the self-appointed scold of the comedy world, I'm guessing this is the highlight of his year.

Seinfeld raised the hackles of the knee-jerk lefty crowd earlier this year after remarking that today's college campuses are too PC for comedians. Oddly enough, when black comic Chris Rock said essentially the same thing in 2014, nary a peep was heard from that corner. Kindler sure didn't blast Rock at the time, and maybe he hasn't heard all the current talk of “safe places” on campuses around the country. On the other hand, maybe he has and is cool with it.

The biggest stir comedy's petulant ombudsman ever raised was at the 2013 Just For Laughs, when he made comparisons between Carolla—who sometimes appears on Fox News—and Hitler. "Bigot with a capital Nazi” (a non sequitur, and not funny either) was one his "zingers." Here's another: "What Adam Carolla's doing, neo-Nazis should have thought about years ago. They should have beat black people's heads in... in a comedy club."

Pretty harsh and lame material from a comic who believes that name-calling is a legitimate substitute for an actual argument. I wonder what the Jewish community would think about a fellow Jew's trivialization of the Holocaust. Comparing fellow comics to murderous despots is comic hackery at its worst, and it's especially ironic coming from a comedian who is constantly railing against comic hacks. He even went so far as to write a funny piece for National Lampoon called "The Hack's Handbook." Jimmy Fallon got this treatment too when Kindler criticized him for fawning over his guests on The Tonight Show. His impression of "phony" Fallon interviewing Stalin: "Stalin! It’s so great to have you on the show. I heard you killed 30 million people. That’s crazy! Are you ready to play charades?" A guy with this kind of material maybe should think twice about calling out other comics.

A quick look at Andy Kindler's Twitter account will give you a taste of what a shrill man he is. If you disagree with Andy on certain issues, there's a good chance he’ll call you a bigot or racist, and that is the only argument he offers. In fact, "bigot" is his favorite Twitter word, by far. I ran an analysis of Kindler's tweets on Tweetails (a Twitter analytics tool) and, sure enough, it reveals that his three favorite words are "bigot," "bigots" and "bigotry."

Anyone criticizing the dogma of Islam gets a special place on Kindler's bigot list, where ultra-liberal Bill Maher sits at the top. Kindler is an intelligent person, but for some reason—similar to like-minded lefties—he can’t understand the simple concept that criticizing a religion for its teachings is not the same as condemning the practitioners of that religion as individuals.

The current liberal is quick to label any critique of Muslim practices as "Islamophobic," although criticizing Christianity is cool. By Kindler's logic, criticizing Catholicism (another dogmatic religion) would be bigotry, and nobody would be allowed to call out the church for its many failings, including child rape by pedophile priests. Oddly enough, he wouldn’t be able to comprehend this simple analogy.

The fact that Kindler is a hypocrite makes his behavior even more deplorable. In an interview on the Dave Rubin show, he told Rubin that the Republican Party was organized around the principles of racism, something he’s previously publicly stated. That's a pretty strong statement, but Kindler quickly added that he wasn't calling all Republicans racists. He was just criticizing the way the GOP was structured.

The irony here is stunning. In other words, if someone criticizes the Qur'an or the treatment of women in Muslim societies they’re condemning all Muslims individually and are bigots, but when Kindler says the GOP is a racist party, he’s not calling all Republicans racist, because how could he—a good liberal—possibly be a bigot? Everyone knows liberals always have the moral high ground.

Andy Kindler is known as a "comic's comic," mostly because he’s been around a long, long time and few people outside the industry would even recognize his name. An alternative narrative is that he's a jealous flamethrower whose unbecoming self-righteousness and air of superiority compel him to trash people funnier and more successful than he is.

Bill Burr is also known as a comedian's comedian. The key difference is that Bostonian Burr is actually very funny. He also doesn't whine all the time either, which is a big plus in my book. Kindler's claim to fame is playing an occasional character on Everybody Loves Raymond over 10 years ago and providing the voice of Mort on Bob's Burgers. Burr, on the other hand, is killing it now, doing comedy specials and hosting a very popular podcast. He's going places.