I Didn't Have Any Walls 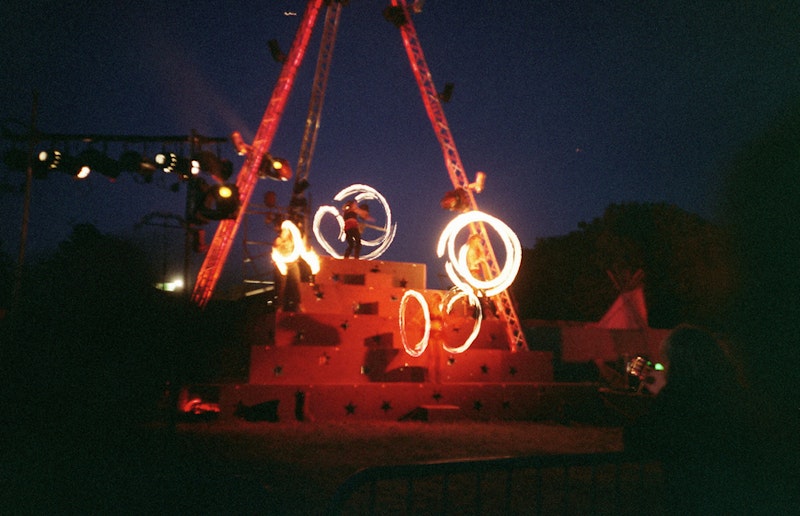 Elizabeth Murray: (laughs) For other people it's very frightening and totally destructive.

Olson: Yeah, well. It got a little goofy. I was bleeding.

Murray: When I got to a certain point, I really wanted to destroy all evidence of my past struggles. I've got some things in storage, not too much.

Murray: Now I’m sorry I did it. For the emotions to be seen, you have to have a format.

Olson: Right now it's basically just an answering machine that plays tape loops, and a mixer that plays feedback, and sometimes that has some effects on it, and then sometime I'll plug in a contact mic, and put it on a tin can and that's it.

Murray: I didn’t have any walls.

Olson: But I don't like shop talk, it bores me. There's a whole phenomenon of people in China whose whole job is to play video games, to collect points, you know?

Murray: There’s so much superficiality. Which means I can't build these canvases.

Olson: Because I’d get really nervous. That throws me off.