Hunting for the Greenland Whale in the Norwegian Fjords

Shark Drunk is a chronicle of the wonders of the sea and a story of friendship. 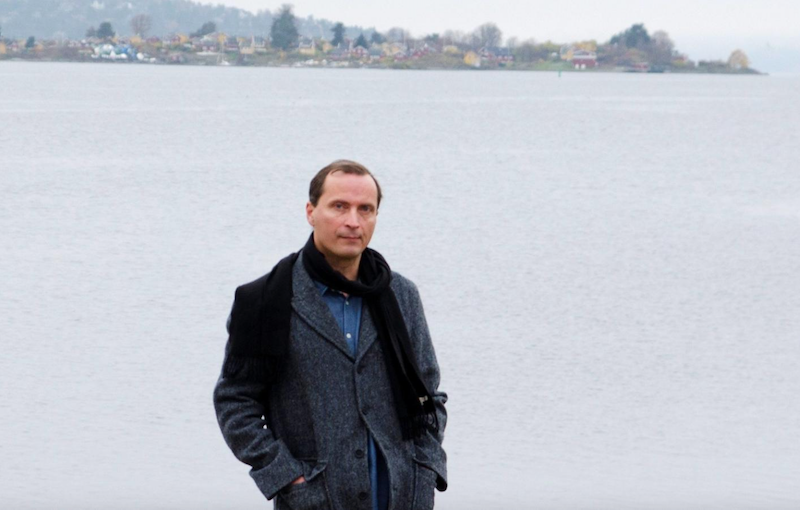 It's not every fish tale that quotes French poet Arthur Rimbaud just a few pages into it, informing readers that the French poet was a 16-year-old prodigy who'd never seen the sea when he wrote The Drunken Boat, a vivid narrative poem about an untended boat, freed from its moorings, that ends up being tossed about by the turbulent waters of the open sea. Morten Strøksnes’ Shark Drunk: The Art of Catching a Large Shark from a Tiny Rubber Dingy in a Big Ocean is more than a story of two good buddies on an extended, quixotic seafaring mission to catch a Greenland shark. While Captain Ahab lusted for revenge on the Great White whale that had bitten half his leg off, the motivations behind this particular ocean hunt are far less clear.

You'll learn much more than what it's like to track down an infamous sea creature just North of the Arctic Circle in this finely crafted meditation on the sea and its place in history. In addition to detailing the nuts and bolts of the fishing expedition itself, the author liberally sprinkles in literary and historical references, nuggets of wisdom about the sea and its creatures, personal anecdotes from his and Hugo's past, and insights into the dynamics of their friendship as their seafaring quest progresses.

That fish is the elusive Greenland shark, a species that sometimes lives to the age of 400 in the cold, deep fjords of Norway, and can grow bigger than the Great White. Strøksnes grew up by the sea and had been fishing since he was a boy. Life underwater seemed to be richer than the one he knew on land. When he agreed to go after the Greenland, as he writes, he knew there were plenty of other things he should be doing. He just couldn't resist.

The sea adventure begins at the harbor in Bogøy, Norway. The chosen bait was a Scottish Highland cattle that had been butchered in a field. The seacraft was Hugo's rubber, French-made RIB (rigid inflatable boat), navigating the waters of the Vestfjorden, heading towards the Lofoten Wall, a majestic formation of mountain peaks.

The book is divided into four sections—one for each season—as there would be four separate attempts to bag their prey. This is no casual fishing trip with your run-of-the-mill fishing gear. The puke-inducing bait, which they toss off the gunwale to chum the thousand-foot-deep waters 24 hours before they return to drop their line, is in weighted trash bags that are filled with “intestines, kidney, liver, gristle, bone fragments and joints, fat, sinews, fly larvae, and maggots” that the Greenland shark can smell from five nautical miles away. The fishing line is a thousand feet long with a twenty-foot chain attached at the end, capped off with something that looks like a meat hook. There’s plenty of downtime, as the Greenland sharks aren't exactly teeming in the waters below, but the friends feel no compulsion to chat non-stop to kill the awkwardness. “The silence is never oppressive for the two of us when we’re together,” the author writes, “and maybe that's as good enough a definition of friendship as any other.”

Summer yields no shark for the fishing buddies. They'd hooked a Greenland, but Strøksnes hadn't baited the hook properly and the fish was able to spit it out.

In the fall, upon returning to Hugo’s place on the island of Engeløya, Strøksnes learns that the new bait will be whale blubber, but it produces nary a nibble. Soon enough, it's time to give up and plan the winter trip, this time with stillborn or deformed piglets as their bait. In March, they decide to switch to Hugo’s 14-footer, which isn’t the most seaworthy of crafts. That gives the author pause, as there’s little room for error in the frigid Nordic waters. The imperturbable Hugo, however, maintains his ever present sangfroid.

While Hugo and the author catch a lot of cod along the way, the third time wasn't the charm. This time the sea conditions weren't right and they're barely able to get a line into the water. Out to sea again in the springtime, the Greenland shark continues to be elusive. Strøksnes asks Hugo if he still wants to continue the pursuit, and he’s still game. He'd been thinking about this since he was a boy and wasn't inclined to give up easily.

You continue reading Shark Drunk not so much to know whether or not they succeed in their unlikely quest, but for Strøksnes’s many digressions on the history of lighthouses, the mysteries of the oceanic environment, and details of such things as the Norwegian delicacy called skrei, a prized type of cod that's in season every year between January and April. Strøksnes, who's an accomplished historian and journalist, has written a thoughtful contemplation about friendship and, just as Rimbaud did with The Drunken Boat, a catalogue of the wonders of the sea. Rimbaud's boat felt a sense of liberation and purification as it drifted aimlessly in the sea without a skipper, and you sense the author was pursuing that very same feeling. When the poet’s boat had seen its share of adventure, however, it grew weary and longed to end the journey. “Acrid love has swollen me with intoxicating torpor. O let my keel burst! O let me go into the sea!” While Strøksnes never states it explicitly, he implies in the latter portion of the book that he'd finally reached this point as well.