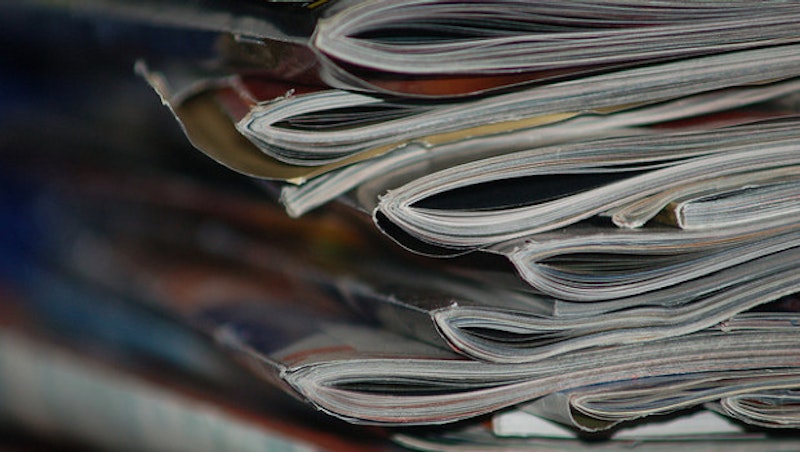 Most weeks I publish an article a day, give or take—which is a pretty brisk freelancing pace. Noel Murray put me to shame though; last week he published nine reviews, four features/columns, and seven contributions to year-end lists. All of these were at high profile venues like Rolling Stone, The Los Angeles Times, The Kernel, and The A.V. Club. Plus, he wrote a post reflecting on his posts at Tumblr, for a total of 21 bylines.

How does he do it? The hustle involved is impressive, as is the ability to get people to print your stuff. You've got to be seriously in demand to publish 21 articles in a week. More, as Murray discusses in his Tumblr post, you've really got to be up-to-the-minute. When people ask you to contribute to their best-of lists, the assumption is that you're current on everything that might appear on such a list. "This is one reason to look forward to this stretch of the year, because it forces me to catch up with some things I’d been meaning to see," Murray writes. In November and December, he goes on a binge of catch-up watching to ensure, as he says, that he "wasn’t missing anything important."

Murray is connected; he's an established critic and a member of the Southeastern Film Critics Association (SEFCA), which means he gets a lot of screeners. He does have to see some films live, like civilians. Living in Arkansas, that can be tough since everything doesn't play out there. But he notes, "Right now I could watch 45 Years, Anomalisa, Concussion, Son Of Saul, The Big Short, The Revenant, or a handful of other films that aren’t even playing in New York City or Los Angeles yet." Part of how Murray can publish so much, in other words, is that he's successful enough that he's part of the marketing infrastructure.

But that has its downside. "[T]here’s an expectation that because I’ve been sent a DVD, I should watch it, even if I have zero interest in the movie," he writes. If you want to get those screeners, you've got to be the sort of guy who's going to watch them—and presumably, write about them too.

Murray thoughtfully expresses reservations about this process. "I bristle a little at the choices on how I should spend my time being made on my behalf, by people who’ve already decided that a limited pool of movies are in the mix for year-end awards," he writes. He's psyched that Mad Max: Fury Road has been doing so well, since it's not the usual Oscar-bait kind of film.

I like Fury Road enough, and I'm happy enough to see it get some awards and recognition. But the fact that a big budget action film starring Charlize Theron is seen as a left-field choice for best-of seems less like a breath of fresh air, and more like a sign of just how limited the options are.

There are whole swaths of cinema that don't even get mentioned, or thought of, in these lists. You're not going to see a Bollywood production topping American best-of film lists, even though Bollywood produces around 1000 films a year, twice as many as Hollywood. How many American critics have even seen any Bollywood films this year? Screeners for those aren't showing up in the mail. And if you did decide to just at random put a bunch of Bollywood films on your list, could you get that list published?

It’s possible to throw some curveballs on a best-of sometimes, and Murray mentions trying to do that. But the very fact that Murray feels like he has to see certain films and television shows for the lists makes it clear the extent to which the professional expectation is that you'll be familiar with a certain canon. No one can see everything, but if you want to be taken seriously, you'll have seen certain things. In a best-of television, you have to engage with Jessica Jones, you don't have to engage with Project Runway or General Hospital. And that's going to have a huge effect on which of those shows ends up on best-of lists, regardless of what any one critic's preferences might be.

Murray, in part, gets to write about so many things because he's writing about the right things. That's the case for any critic; it's certainly the case for me. Success isn't just about being smart, funny or turning in copy on time. Success is about being part of the marketing machine, and writing about whatever people want to read about in venues that pride themselves on critical acumen.

Best-of lists, Murray says, make him see just how much the conversation about art is "predetermined." As he realizes though, the conversation the rest of the year is fairly set as well. Critics like to think that they choose the best. But really, the marketing chooses you.