Festivus vs. Its Bitter Creator 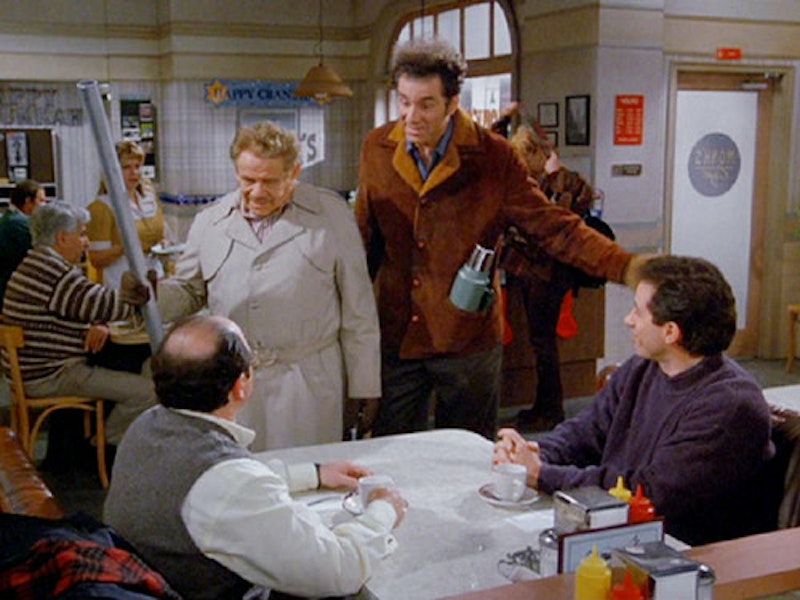 There are few creatures in this world more angry and humorless than the professional humorist, as my Facebook interactions with a famous cartoonist or two and a former TV comedy producer have taught me.

Most recently, Dan O’Keefe, the former Seinfeld writer who popularized Festivus, the DIY “holiday for the rest of us,” has been in a raging online war with my fellow Rand Paul boosters—all because Paul had the audacity to tweet his own Festivus list of “grievances,” in keeping with the semi-fictional holiday’s rituals.

Paul does that each year, griping about government overreach, national debt, police brutality, and the like, though O’Keefe seems pretty oblivious to the actual tweets and Paul’s libertarian philosophy, describing Paul as if he were some sort of theocratic tyrant. Crucially, O’Keefe is confident his own dad, who invented the holiday decades ago as a family joke long before the world heard of it, would have hated—hated!—Paul, since the elder O’Keefe was a longtime Democrat. (I hope his dad would’ve been a bit less touchy, but the whole O’Keefe family had a reputation for eccentricity back in Chappaqua, NY.)

What strikes me as ironic about all this, though, is that it illustrates what a libertarian, free-market holiday Festivus is. As Allen Salkin’s highly entertaining book Festivus: The Holiday for the Rest of Us explains, people aren’t just repeating the aluminum pole-erecting, the “feats of strength,” and the grievance-airing we all learned from Seinfeld character Frank Costanza. They’re going beyond the original Festivus formula and adding what pleases them, from Festivus shrimp recipes to Miss Festivus beauty pageants.

Like Halloween, Festivus is a flexible holiday whose permutations and continual evolution cannot be stopped.

I think Mike Judge, the somewhat libertarian creator of Silicon Valley, for which O’Keefe has also written, would greatly appreciate the holiday’s newfound pragmatic flexibility as well. It has a Hank Hill no-nonsense quality to it, a holiday for ordinary people who feel like turning the backyard shed into a faux-temple. Yet O’Keefe now fumes, like an authoritarian minister who has lost control of his flock, all because the major-party political candidate who may understand this chaotic but all-American spirit of invention better than any of his rivals is joining in the fun—and poking fun at our federal overlords in the process. Sad.

But let us not grieve too long for O’Keefe’s deceased sense of fun. He will have helped bring great joy unto the world if this whole ruckus helps boost attention to Paul’s libertarian agenda and leads to Americans rejecting a tyrannical federal government (ideally, rejecting all government, around the world). The ultimate feat of strength would be the world shrugging, at long last, and standing free and proud, like an aluminum pole, in the festive air of liberty.