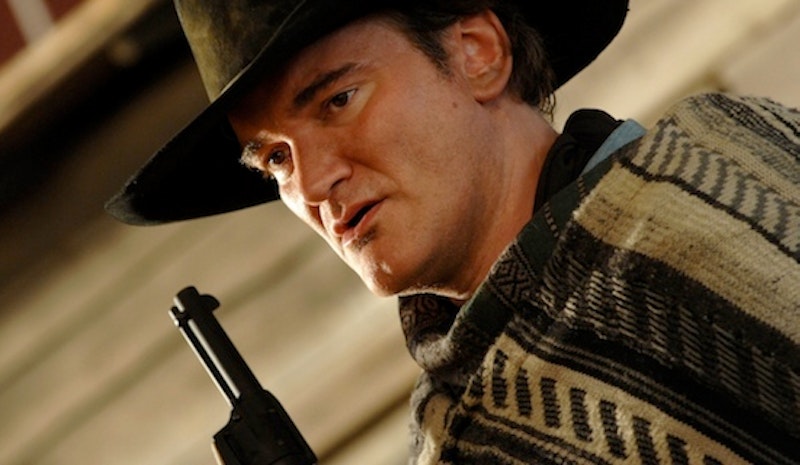 Quentin Tarantino enjoys using the “Mexican standoff” as a climactic situation in his movies. They’re not just tense. They tend to capture both the complexity and the amorality of the world in which the characters find themselves. By the end, they‘re all simultaneously staring down each other’s gun barrels, usually not as two dualistic groups but as a whole array of gangs with cross-purposes and suspect motives. The odds are that every character’s thoroughly compromised, and we’re left without the usual moral-narrative map with which to predict what happens next. Probably something bad.

This scenario appeals to me because, much as I like tidy, moral resolutions, I think the defining characteristic of earthly social existence, really, is that the planet is ruled by violent gangs and has been since the dawn of the human race. The gangs may call themselves Crips, Bloods, police departments, jihadists, armies, governments, holy inquisitors, or overwrought sports fans after a game, but it all comes down to the force of numbers being wielded against innocents in the end. We need to stop all that.

In the meantime, my guess would be that Quentin Tarantino’s new movie, Hateful Eight, will bring at least one such tableau. If nothing else, the film is likely to lead to at least a few real-world confrontations between cops (protesting against Tarantino over his recent condemnations of police brutality) and Christmas-day moviegoers (perhaps me and my parents if they’re feeling nostalgic for the Westerns of their Boomer childhoods). I hope no one gets shot.

Tarantino, who comes from a police family, knows that in tense situations, it’s too often the cops who initiate the violence. He’s not wrong to say cops sometimes commit murder. They’ve also been known to steal, rape, and engage in the drug-trafficking they forbid others to do. Too few people seem able to understand the idea that making this observation about cops in no way excuses the other violent gangs, the ones without uniforms, against whom cops often find themselves pitted, or vice versa. Again, it‘s violent gangs all the way around, like a movie Mexican standoff.

This is not to say that these gangs aren’t human, either. They’re tragic figures, not just predators. In fact, the most disturbing thing about the recent film Sicario, which featured literal armed Mexican confrontations, is that in the end the most calculating assassin is evil not because he is a mere government agent or cartel tool but precisely because he’s human and in pain, twisted by grief and family loyalties. Those are old instincts, as are the ones that keep seductively telling us that our problems can be resolved by banding together and facing down the competing gang once and for all. It will never end, not that way.