The Passion of the (Kanye) West

Why does everyone hate the multi-millionaire provocateur? 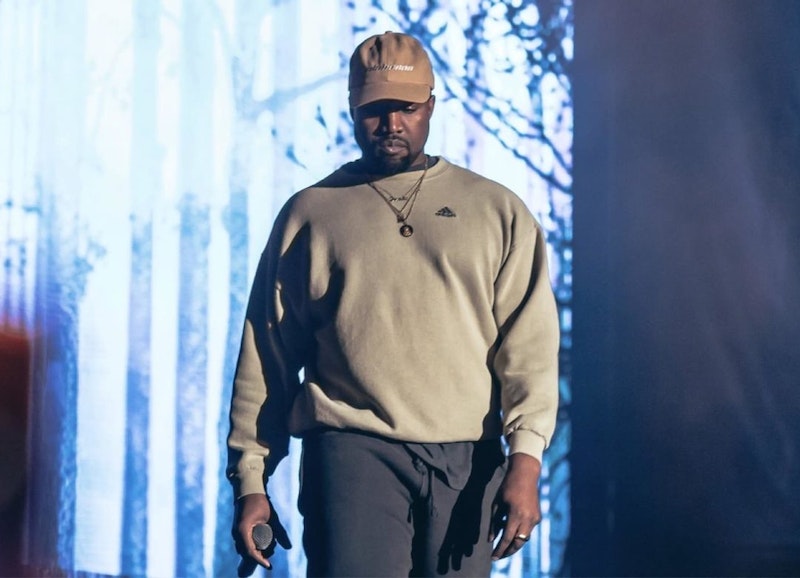 Kanye West is really into Jesus now. Who are we to complain? Holding uplifting ceremonies for both the fallen and mighty, he’s gone from mainstream hip-hop artist to political provocateur to hero of a new religious revolt. We’re used to watching celebrities go Satanist, but what happens when celebrities go Christian? I’m not a Christian because I’m not a social conservative, but I am an occultist and love me the taste of anything that bends reality.

Kanye West was in the spotlight again last year when he trolled us all and invoked the rage of the social justice brigade. Becoming his own personal Jesus in the tradition of Depeche Mode, Kanye has now decided to spread the message of gospel. My occultist take is that this contributes to a path of artistic rebirth, and I traditionally support this.

Neoliberal capitalism is at a dead end. With the exception of a few centrist economists who nobody can stand, people are searching for a new solution. The ruling ideology of liberal activism is being replaced by a rational centrism lead by atheists and mathematicians. Presidential candidate Andrew Yang has “MATH” as a slogan. So, what comes next and can it coincide with this hyper-rationalism that’s replacing activist globalism? Can the cultural hegemony be shifted into a higher realm through “hip Christianity” or is that just a delusion?

Kanye West comes next. Replacing Jordan Peterson as the symbolic Jesus, he’s now here to preach the gospel with hip-hop and choir music. Complimenting (one-upping?) hyper-rationality in an anti-PC resistance of sorts, Kanye is ready for the next phase of culture. As I am quickly discovering as an independent presidential candidate, the role of the celebrity is much like the politician; to air the grievances and dreams of the masses who are unequipped to fight against the powers that be. Most can’t achieve much against a sea of power, but the celebrity can be weaponized in order to enact change on the global stage.

This isn’t to say that a Kanye’s without agency. It’s my belief that Kanye’s being moved by his own internal passion, living a new way for an emerging demography. The way this coincides with the cultural transcendence of materialism, following the cultural transcendence of liberal monotony, is not to be ignored. Kanye brings hope to a demographic that feels invaded by the chaos of the new world. Through using the tools of the establishment, he has now cast himself as Messiah in this grand opera of culture war. Lending himself to the masses as an icon, his sacrifice is not without note. It may not be the new Thelema, but it is an occultist pull toward a higher realm. Or at the very least, a more diverse one.

—Rachel Haywire is a futurist and designer who is running for President of the United States. She’s the author of The New Art Right and the Founder of Trigger Warning. You can follow her on Twitter: @BeyondTheCenter.