Do androids dream of Harrison Ford? 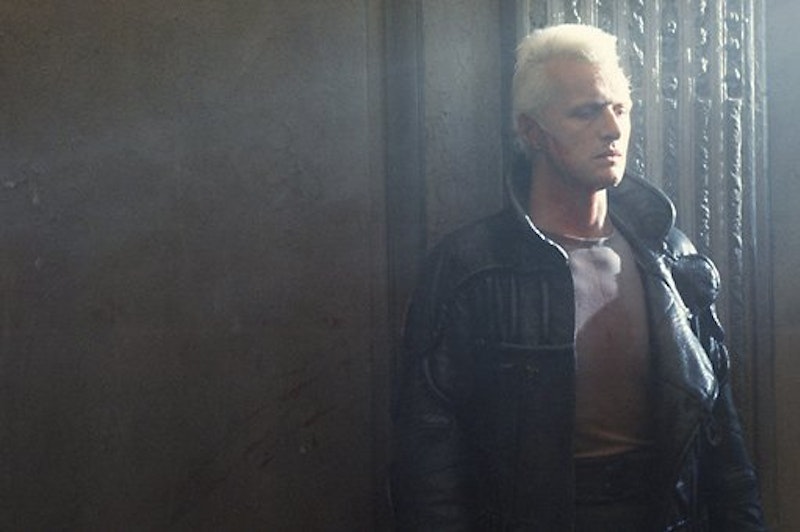 Today is the “incept date,” or birthday, if you will, of Roy Batty (a name that’s nearly Franglais for “mad king”). He’s the android Messiah figure portrayed by Rutger Hauer in the sci-fi film Blade Runner. Coincidentally, economist Robin Hanson scheduled a lecture for what we might call Batty’s Eve about the prospects for artificial intelligence. In his forthcoming book The Age of Em, Hanson will try to predict possible behavior patterns of machines that can emulate human thought—and assist us greatly because of it—but which may have values extremely different from our own.

One of the biggest questions in debates about A.I., though, is to what extent we’ll simply merge with the A.I., creating an era of cyborgs instead of an era of robots-and-us existing separately. Cyborgification isn’t just for nerds, either. We nerds do so much talking that we risk forgetting jocks can be cyborgs, too.

My friend Evan Isaac notes the invention of an implantable, mechanical knee-augmentation that could soon make running, squatting, and leaping like a superhero far easier. It would be an important case of enhancing the physiques of people who are not ill, another step toward a true cyborg era. Perhaps the cyborgs will one day look back upon breast implants as the real dawn of their civilization. Maybe all this will happen so quickly that the DC Comics-based movie Cyborg, due out in 2020, won’t even seem like fiction.

More about Hanson and A.I. in my next column, but first a word about Blade Runner. More terrifying than gratuitous sequels to or remakes of the Philip K. Dick-based Total Recall, Harrison Ford-starring Star Wars, Ridley Scott-directed Alien, or even Rocky Horror are the reports of a planned Blade Runner sequel. As with The Force Awakens, it sounds as if they will make Ford’s age a natural part of the story, setting it decades after the original film without specifying exactly when the original took place. This is a mistake.

If Blade Runner-inspiring author Dick were still alive—and not just in the form of that talking mechanical bust of him that was built several years ago and lost amidst airline luggage—I think he’d prefer the approach I’d take to a sequel, if there must be one. My sequel would acknowledge the original was set in 2019, have the sequel take place then too, still have it look utterly futuristic—but give the faltering Ford replicant character (who only looks aged because he is reaching his built-in termination date and dying) schizophrenic flashes of an alternate reality that looks just our real 2019.

In the context of the film, he’s just hallucinating—except the “hallucination” looks more like the world we know than does the main story of the film. Trippy! Dickian!

And if it all ends (whether in fiction or reality or both) with the human race being exterminated by robots, I hope that at least serves as some consolation to the misanthropes of the world, ones not so unlike Florence King, author and longtime writer of National Review’s “Misanthrope’s Corner,” who passed away on Wednesday.

She hated Rousseau and anyone dreaming dangerous utopian dreams, even cybernetically-enhanced ones, about making humanity perfect because she knew it was our destiny to remain pretty awful. Yet she was great—a funny, feminism-bashing, bisexual “failed Southern lady” and arch-traditionalist who liked booze and guns—and I’m glad a couple of friends and I corresponded with her many years ago when we were but young fans. If the near future yields more transsexuals and mystics than transhumanists and scientists, I’ll recall her anti-New Age complaints about “muff-diving Druids” and smile—and not with hate in my heart, my very human heart.