Dungeons & Dragons Puts a Damper on My Role-Playing Skills

I am not my character. 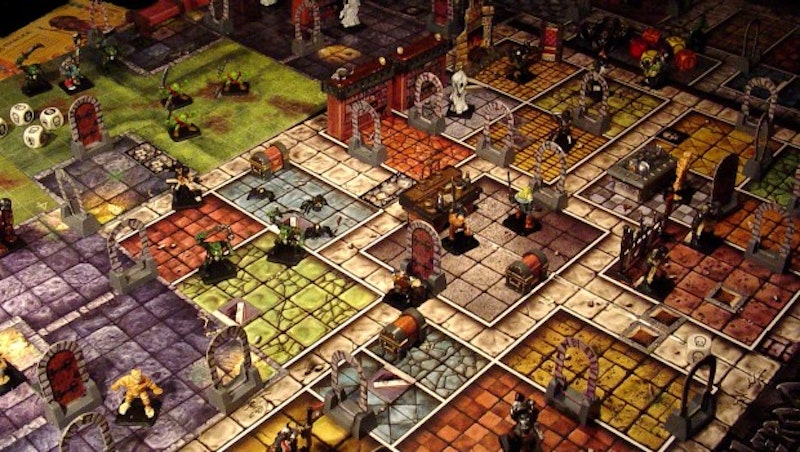 Dungeons & Dragons is an integral part of my life. I started the tabletop game in June, expecting the campaign to run for the duration of the summer before our group disbanded and went back to college and work. That hasn’t been the case, and the game is still a weekly activity for the six of us. Within the span of five months, so much has happened: Kyle’s character Darcc was swallowed by a giant poisonous frog and had to be brought back to life; Zack’s character Trogdor died after stumbling upon a boss fight on his own; Emily’s character Althea met her doppelganger Nega-Althea and promptly tried to destroy her; Billy’s character Ushgar kept a woman in his bag of holding for months after a failed attempt at interrogation; and my character Andraste… she’s successfully seduced three men by accident.

Having a great Dungeon Master is crucial, and we’re lucky to have Trevor guiding us through our game. At first, I thought I’d have an easier time getting into character because of my experience role-playing before. It turns out I’m the worst at role-playing in person. Everyone else has blown me away. Zack is good at embracing the nature of his characters and Billy manages to change the pitch of his voice when speaking as Ushgar. Kyle chooses his words to match what Darcc would say, and Emily stays in character and knows exactly what Althea’s motives are in any given situation. I turn into a bumbling mess when speaking as Andraste.

I’ve never been an eloquent speaker. I pause every couple of seconds to reconsider how I’m phrasing my words. I can’t think about what my character would say on the spot unlike my companions do. My role-playing skills become useless when required to open my mouth. Andraste is a Bard, and she’s charismatic and charming. My ability to role-play thrives when I’m alone, taking as long as I want to figure out what to say.

Our most recent campaign had a lot of role-playing going on. Everyone else did great. Zack’s newest character Derek is going through an emotional time and he does a wonderful job portraying that. Kyle’s character is a riot when he tries to talk to townsfolk and ends up sounding awkward (part of Darcc’s charm). Ushgar is going through some major character development and it shows through in dialogue, as is Althea. At one point during the game, my character was alone in a tiny, cramped cave with a handsome prince who she successfully charmed with an unexpected roll (a natural 20!). It was my turn to act in character. Instead of impressing my friends with a great display, I tripped over my words, clumsily trying to explain what Andraste wanted to do.

I’m not sure what my problem is. It’s a lot harder to dissociate myself from my character when around my peers. I need to practice separating myself from my own expectations.