Broadly speaking, RuPaul's Drag Race is creating space and representation. But what gets lost with the move into the mainstream? 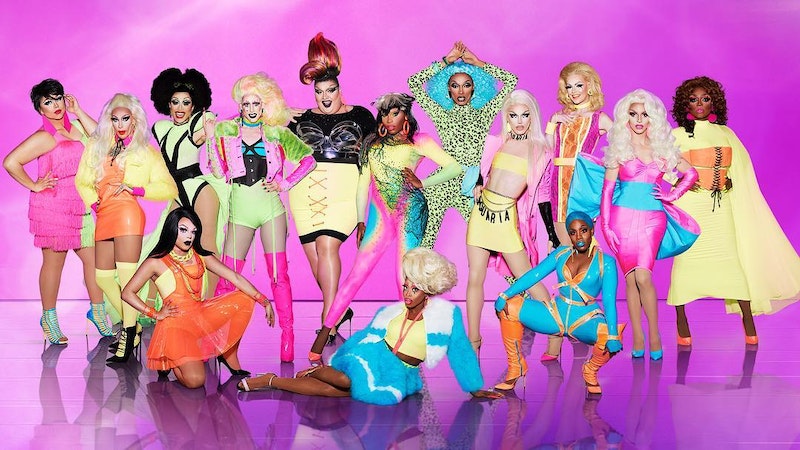 With 11 seasons of looks, puns and sickening catch phrases under its belt, RuPaul’s Drag Race is one of the best shows on television. But at what cost? Queen that I am, I don’t miss a single episode. If I do then I can’t read the news, go on social media or talk to any gays out of fear somebody will spoil which queen went home, essentially letting the lace front out of the bag! And for me, seeing the girls go on their journey and not knowing who will stay is part of the fun.

When it first emerged 11 years ago—you know, that whole Vaseline on the camera lens meauxment—the show felt new, daring and scrappy. But as Drag Race gets glossy and earns Emmy nods, and as drag reaches into living rooms, gay bars, and computer screens around the world, I want something else from the series—something edgy, punk rock and really queer that’ll fuck up all the straight people watching.

The brilliance of Drag Race is how it combines the stuff of long-running reality TV shows like America’s Next Top Model and Project Runway with Ru’s own hilarious puns. If it were possible, I’d watch a whole show of Ru and the panel of judges making puns about runway looks.

Some personal favorites from the archive, darling:

“Kenya Michaels. Impersonating Beyoncé is not your destiny, child.”

Broadly speaking, the show is creating space and representation, particularly for a new generation of queer kids who will have grown up with Ru and perhaps by extension more expansive expressions of and approaches to gender. But what gets lost with the move into the mainstream?

Despite all its brilliance there are also a number of downsides that reverberate around the show: poorly-conceived challenges that are recycled from previous seasons; the racism of fans who almost always prefer white queens to queens of color, unless the queen of color is doing “blackness”; the fact that the white queens often have way more followers on social media than the black and brown ones; rampant transmisogyny; the way racial stereotypes are used for humor; and of course, cultural appropriation.

Last week’s episode, “Dragolympics,” featured commentary by Olympic cutie Adam Ripon and choreography by Travis Wall, brought on to teach voguing to the girls. Um, so like, no. I get that Travis is a cute white dancer who looks great on television and projection screens in gay bars around the country, but seriously? Why was he teaching voguing when Leiomy is the wonder woman of vogue? And if she wasn’t free, what about Sinia Ebony? Travis Wall could’ve easily choreographed another dance challenge. Why this one?

Part of what happens when sub-cultural forms bubble up from the BBQs, basement raves and dive bars where the ideas are born and make their way into the mainstream, as they always do, is that they get watered down. It’s not impossible to make art and culture that’s available to anyone who wants to play but that’s also targeted to a specific group of people, an art the singer Solange has mastered.

Drag Race doesn't feel like it’s really meant for me anymore, the queer faggot who revels in puns, fashion, and being gay to the max. Like it did when it first aired on Logo, a network nobody had heard of before. As it becomes one of the most important shows on VH1, does it leave its queer, punk rock spirit behind?

The most punk rock thing RuPaul can do now that she has her Emmys, her coins and everyone’s attention is to starting fucking shit up in a way that people won’t even know they’ve been fucked up. I’d love to see Ru use her platform to do some really weird, avant garde, groundbreaking things. That’s the spirit of drag.