Berlin and Detroit don’t have a lot in common. But who would have thought in the 1970s that Berlin would be prospering and Detroit would be irrevocably damaged? 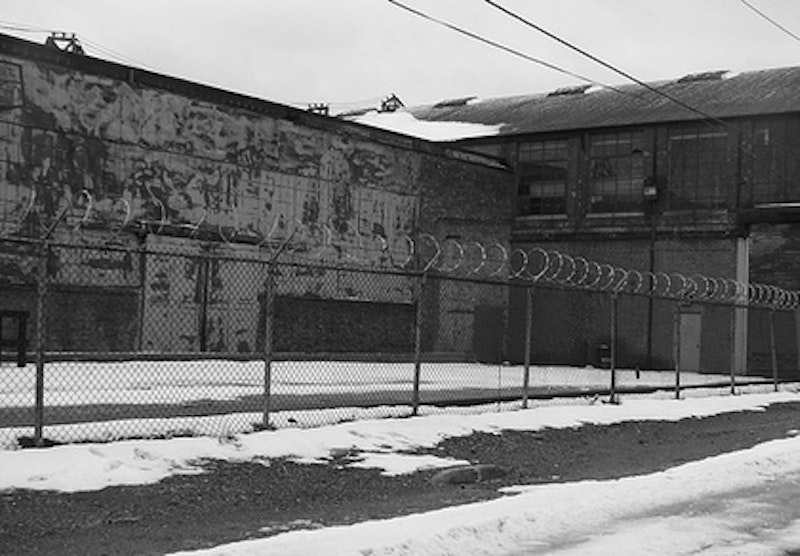 In Berlin, spaces take on multiple meanings. Every site and landmark demands an examination of its function before the war and after the war, before the wall and after the wall. It's for this very reason that the city is so baffling and appealing to tourists and residents alike. There is a sense of evolution and adventure behind every corner. Even now, nearly 20 years after the collapse of the wall, people venture into East Berlin as unknowingly as the Western taxi drivers in 1989 who suddenly needed maps to chauffer customers into the newly opened territory. When the state further decided on Berlin as the location for the unified German capital, people were skeptical. How could such a ruptured city with its visible scars and overwhelming guilt reconnect with the rest of Western Europe? There is no precedent for Berlin's transformation—from its resounding economic success to its overnight cosmopolitan allure. And in trying to comprehend how this could have all transpired, I couldn’t help but wonder if a similar urban renaissance could be applied to some of America’s own fallen cities.

Berlin's dark history is embedded in the city walls. The facades of the utilitarian structures in former East Berlin are riddled with bullet holes. Windows are slight and conformed, paint colors are limited, and grandeur is reserved for the interior rooms. But not every building looks like this. Just across the old territorial line, in West Berlin, stands the opulent mega department store KaDeWe. Constructed in 1905, the "Kaufhaus des Westerns" was an attraction for both its shops and architectural design. Through the 1930s and 1940s all expansion of the building came to a halt because of Jewish ownership restrictions. Then the store was gutted when a bomber crashed into its side. But only decades later, KaDeWe reopened and expanded by almost twofold to became the very symbol of Western Germany's economic prosperity.

Across town by Potsdamer Platz, there is a row of buildings along Wilhelmstrasse that once marked the Third Reich chancellery and Hitler's bunker. Now they are a row of apartment buildings, Indian restaurants, and other assorted establishments. One of the best views of this former Nazi headquarters comes from Mosse Palais, which is home to, among other things, the American Jewish Committee. Like Potsdamer Platz, the Reichstag was somewhat destroyed and rebuilt. The building that now houses German Parliament wasn't decimated like the commercial area down the street, but suffered an "accidental" fire in 1933. The amazing thing about the Reichstag is that it played almost no role in the politics of Hitler's Germany. The building rarely held hearings; in fact most meetings took place in a former Opera house called the Krolloper. In its new form, the Reichstag is a testament to the democratic process. Its iconic glass dome peers down into the auditorium as a reminder to the politicians of the weight of the people. It’s an act of class equality and accountability, a sort of wordless political take on the expression "never again."

There are other structures in Berlin that have developed over time with less public fanfare. Berghain, one of the city's hippest cult techno clubs, was carved out of a three story-tall power plant that was abandoned years ago. The building is just a few blocks away from the Ostbahnhof train station in Friedrichshain, a neighborhood that becomes increasingly more industrial beyond its transit center. The lot is unassuming in the daytime. All that marks it is a narrow path lined by wire fences and heaps of sand. But at night the lights of the top floor Panorama Bar can be seen from a distance, as well as lines of people after four a.m. (If you arrive between midnight and two a.m. there is usually no one there). Berghain embraces its surroundings. Chains hang over ledges, graffiti colors the walls, and stairwells just keep going up. The space is as important as anything else.

Oddly enough, when I was in Berlin I couldn't help but think of Detroit. The immediate parallel was just the sheer size of the streets and the empty lots. There is physical carnage up and down every avenue. GM and Ford haunt the city with relics of abandoned factories and storehouses; some of the condemned buildings are marked with orange paint. It's an extreme comparison, but the failed car industry in Detroit has left both economic and political damage in the city that might reflect the insurmountable position given to Berlin. There is so much opportunity for the city to move forward but it’s perpetually stilted by its past.

Alas, there will be no economic miracle in Detroit, at least nothing as significant as Germany's financial rebound. But maybe the key is in the way people look at the city; a change in perspective. Abandoning the history doesn't necessitate abandoning the actual physical structures. Detroit has had an immeasurable role in U.S. industry and it’s written on the building fronts. There's something to be treasured in these giant lots and junkyards. These structures don't all need to be kept, but they also don't need to be razed to the ground leaving no trace.

Berlin proves that you can let go of the damage and pain associated with the past, while building on its history and constructing new functions for the future. Conversely, Detroit is still in ruins, with no transformation in sight. An urban renaissance seems unlikely, but the first step is a simple acknowledgment of the value of history, no matter how negative it may be. And if Berlin can rework its patched-together portrait, well, then Detroit doesn't have an excuse.