A temporary resident of Manhattan finds the coolness quotient, even in the 21st century, still intact. But no matter how cool the neighborhood, that heatwave is still unbearable. 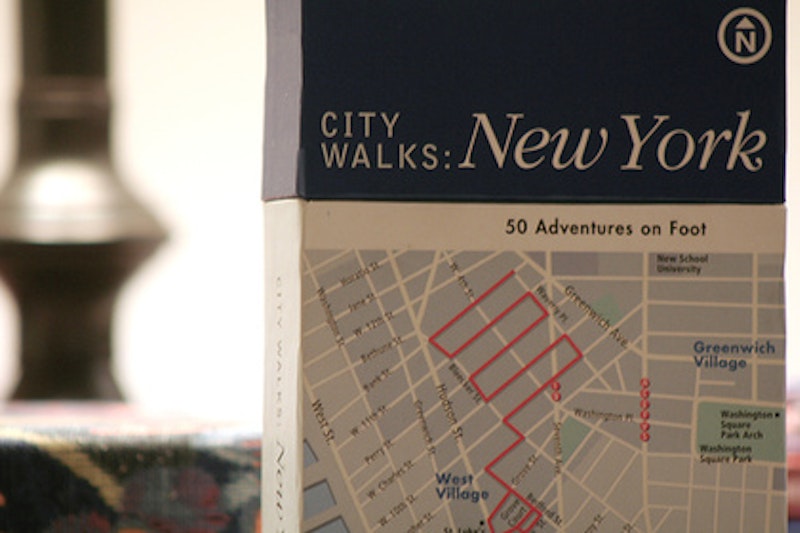 Sitting down to write for the first time this summer, finding myself in a strange house in an even stranger city, I can’t contain my excitement for what the next couple of months hold. New York City is, of course, the most exciting place in the world. The heartbeat of America and the global headquarters of…well not quite everything, but close enough. I go to school in New Jersey, I’ve visited the city enough times to know my way around, but I still occasionally get confused by the subway system.

As any New Yorker will tell you, and as my subway misadventures clearly demonstrate, there’s a big difference between visiting a city and living there. And true, I’m not becoming a real New Yorker; I’m only living here for two months. But this afternoon, when I walked out of my office, swapped my heels for flip flops, breathed 10 sighs of relief (one for each tortured toe), and walked down the sidewalk into the subway with the hordes of other commuters, I realised that this summer, I can be an honorary New Yorker.

And so, here I am: a college senior interning at a non-profit think-tank on Wall Street, fortunate enough to be living in the West Village close to many of my friends and, in case of an emergency, an hour away from family. Most of my friends landed coveted positions as “Summer Associates” at investment banks, which also bring them to Wall Street, but many of my classmates are, like me, interning at non-profit organizations for…well, a non-profit. But no matter what job we’re doing this summer, we have one thing in common: this electric city. It’s our privilege, no, our responsibility, to take in as much as we can while we’re here. There’s so much to see (hey look, the biggest cockroach known to man!). There’s so much to hear (hark! My cabbie is using curse words I don’t think even Richard Pryor knew about!). There’s so much to… what the hell is that smell?

Unfortunately for me, New York rolled out a welcome mat in the form of a stifling heatwave. On my first day of work, hoping to make a good first impression, I poured myself into my best first-day-of-work suit. But it was 107 degrees. Now, I grew up in a country that uses Celsius, so Fahrenheit is still a bit of a mystery to me. But I didn’t need to be fluent in Fahrenheit to know that 107 degrees is really damn hot. I could have just relied on the fact that the makeup I applied three minutes before leaving the house was dribbling down my chin by the time I made it out the door. And that was before a subway ride spent involuntarily cuddling up to a charming young suit who, judging by his odour, was suffering even more from the heat than I was. So you can imagine my state when I arrived at work: dripping in my own sweat and ready to strip off all my clothes and stand under the air conditioner for hours. What’s that they say about first impressions?

Most days this first week, I’ve tried to explore my new habitat, the West Village. I’ve found some absolute gems: Cones, the artisan ice cream shop, where a scoop of the dulce de leche is so satisfying on a hot day that the long line is absolutely worth it, to the park in Father Demo Square at the corner of Bleecker and Carmine, where kids, couples, dogs and a piano player come to talk and play next to a fountain which is frequently filled with bubbles. As a compulsive shopper, I couldn’t resist picking up a present for my stylish sister at the Marc Jacobs Stuff on Bleecker, where the prices are, shockingly, quite reasonable. As I passed by Bleecker St. Records at number 239, I was awed by the memorabilia, the hundreds of record covers wrapped carefully in plastic to preserve them, and an impressively wide range of music. My friend Nat was taken by a near-naked photo of Prince circa 1987, complete with late-80s hair, proudly displayed by the door.

But as I use my spare time getting to know the new neighbourhood, one thing becomes painfully clear about this place: it is way too cool for me. The West Village is trendy in an artsy, effortless way that I can never achieve; this part of the Village has maintained its local, we-don’t-care-what-anyone-thinks atmosphere, a state of mind which leaves the residents quite comfortable padding down to the grocer in their bedroom slippers to buy milk. I grew up in Sydney, Australia, also a notably laid-back kind of town; in Sydney bedroom slippers are considered perfectly acceptable footwear for grocery shopping. Raised by an Australian father and a mother who is so much a New Yorker that she practically won’t stir from bed in the mornings without intravenous coffee, I was soon deemed too highly strung and serious to be allowed to remain in the country. And so, I was packed off to the northern hemisphere’s stress headquarters: the East Coast of the U.S. But the West Village, with its laid-back cool, seems to be a sanctuary among the famous clamour and noise of Manhattan, a little reminder of Sydney nestled at the bottom of a very big city. So while I’m still hard at work on my careless, effortless nonchalance, I know that I’m going to feel quite at home this summer.